The museum’s collections of over 19,000 lots (more than 43,000 specimens) come from over 1,100 localities and emphasize Louisiana’s early Tertiary marine, and middle Tertiary and Pleistocene terrestrial faunas.

The museum holds the second-largest collection of fossil specimens from Big Bend National Park, ranging from late Cretaceous dinosaur specimens to small mammals from the beginning of the Age of Mammals.

The collection of casts of early Tertiary mammals from China is among the best in the nation and was obtained as part of an ongoing LSU program of cooperative research on Chinese vertebrate fossils, especially those from near the Paleocene/Eocene boundary when modern mammal groups were evolving.

The vertebrate paleontology section has a volunteer program involving community volunteers in research. 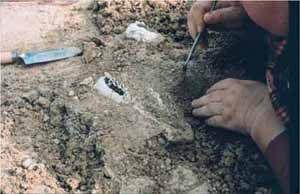 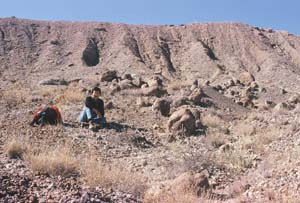