The Petroleum Engineering Research & Technology Transfer, or PERTT, Laboratory - also commonly referred to as the "Well Facility" - is an industrial-scale facility with full-scale equipment and instrumentation for conducting training and research related to borehole technology.
LSU is one of the few programs where students receive hands-on training in well control by working at a full-scale well control research and training facility. 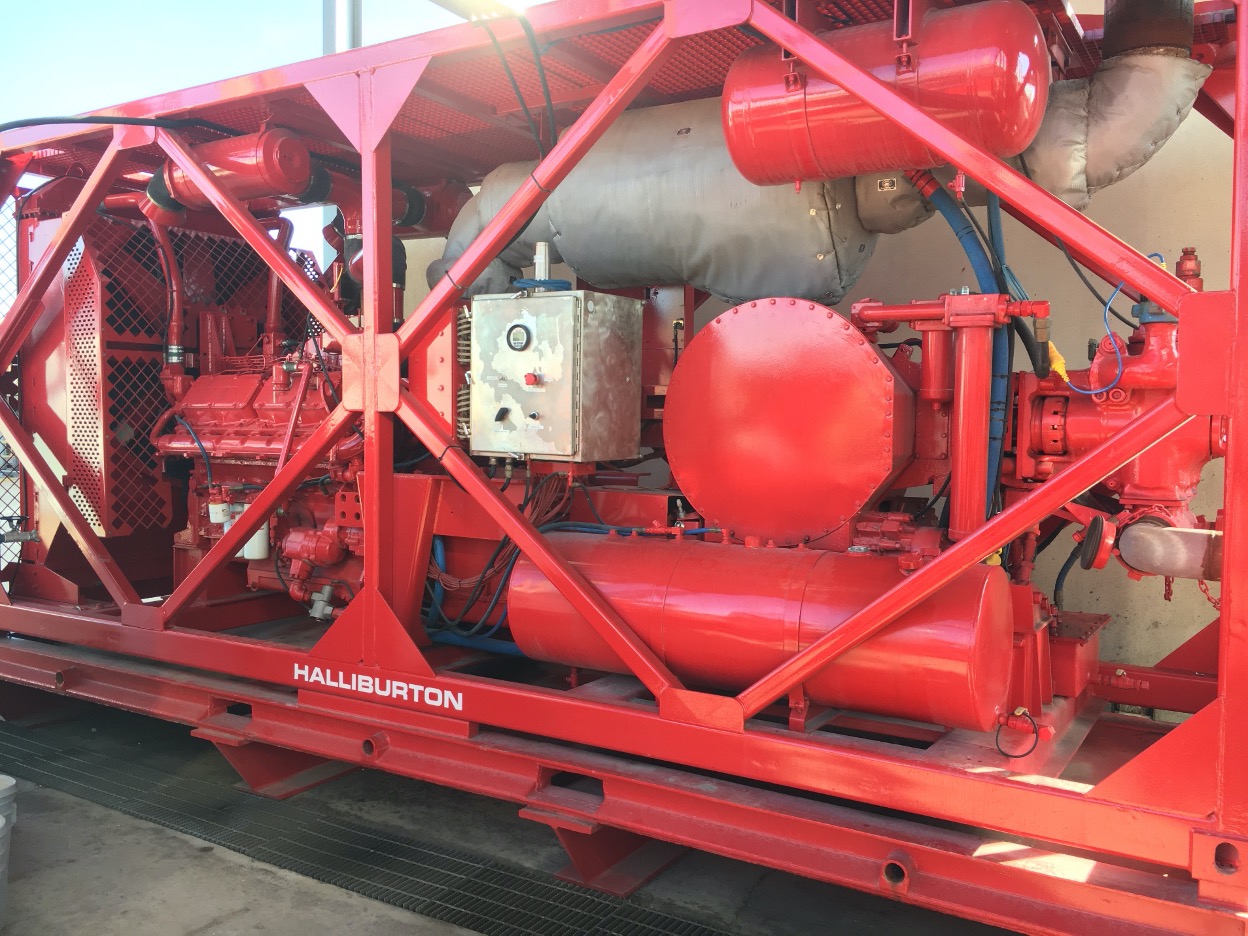 "Being from Ohio, I wanted to pick a school that was surrounded by the petroleum industry", said LSU petroleum engineering student Candice Miller. "I chose LSU because the industry recruits heavily from LSU and because we are the only school that has a full functioning well facility."

The PERTT Laboratory is revered as a valuable extension of the Craft & Hawkins Department of Petroleum Engineering at LSU located on the Baton Rouge Campus, and has accommodated many of the bachelor’s, master’s, and PhD student research projects, as well as the internal research of our experienced assemblage of PETE professors.  Also noteworthy is the support that the Lab receives from student and professor involvement with different national and international organizations including the National Academy of Inventors (NAI), Society of Petrophysicists and Well Log Analysts (SPWLA), Society of Petroleum Engineers (SPE), American Association of Drilling Engineers (AADE), and the LSU chapter of Pi Epsilon Tau (PET), the petroleum engineering honor society.  These student and professor relationships have formed a vast network of capable professionals worldwide who have offered time, expertise, and resources for the development and sustainability of the Petroleum Engineering Research, Training, and Testing Laboratory.

In late 2017, LSU was awarded a $4.9 million grant by the National Academy of Sciences, Engineering, and Medicine’s (NASEM) Gulf Research Program for the project, “Experiments on Multiphase Flow of Live Muds in a Full-Scale Wellbore With Distributed Sensing for Kick and Gas-in-Riser Detection/Mitigation.”

The team is comprised of LSU faculty Mauricio Almeida, Yuanhang Chen and Paulo Waltrich, and Jyotsna Sharma, and Otto Santos.

Their research, done in conjunction with Texas A&M University and Weatherford, focuses on gaps in understanding about the behavior of riser gas under high temperature and pressure. Testing, which is taking place at the PERTT Lab, requires using an existing well retrofitted with pressure and temperature sensors to produce data for validating riser gas models that inform design of pressure barriers and techniques for preventing uncontrolled hydrocarbon releases.

“Our goal for this project was to make a permanent piece of infrastructure that the NAS Gulf Research Program could point to as a premier place where oil and gas research will be performed well into the future,” Williams said. “It will provide a highly instrumented well and support facility as a ‘playground’ for industry, government, and academia to test their equipment and ideas in a safe and controlled environment.”

The PERTT facility also hosts and conducts gas flow testing for members of the Valve Performance Clearinghouse (VPC), a Joint Industry Project originally formed in 1996 by Ken Decker as a non-profit organization for modelling and testing artificial gas lift valves.  Today, the VPC maintains the experimental performance database of 60 different valves with various port sizes to account for over 200 different valve configurations.  The PERTT Lab executes testing of both orifice and injection pressure operated (IPO) gas lift valves according to API SPEC 19G2 and reports all of the DAQ data, unbiased findings, and test observations to the VPC consortium members for collection and further analysis.

PERTT Lab in the News