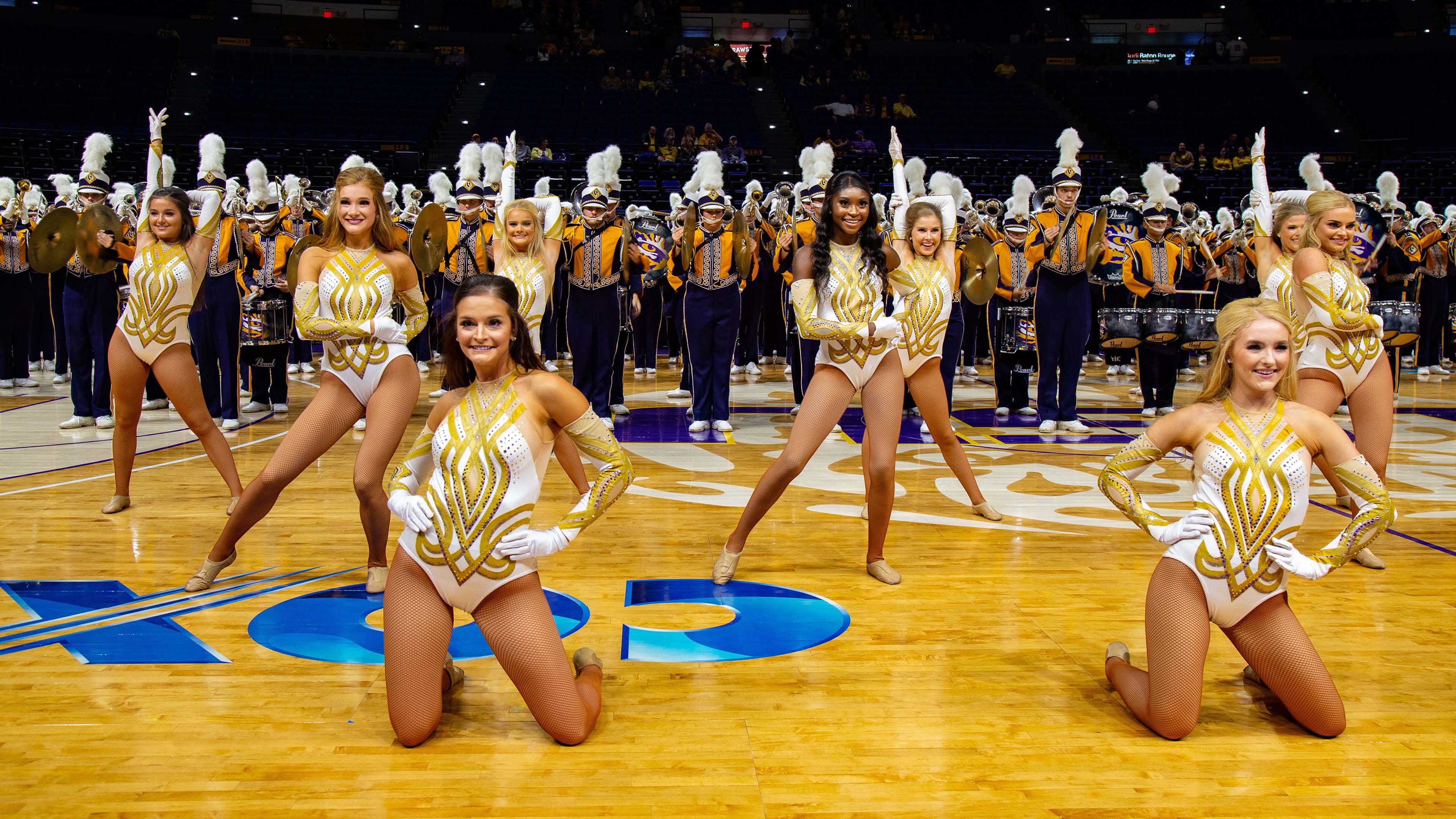 Taking the field with the Tiger Band at LSU for the first time in 1959, the prestigious LSU Golden Girls represent the oldest and most established danceline on the LSU campus. The line consists of a very talented group of young ladies chosen each spring by a special audition. Membership is open to all students who are on campus, entering freshmen, or transfer students who have been accepted to LSU by the audition date. Students (including transfer students) must have a 2.0 GPA in order to audition for the line. Previous studio dance training is highly recommended.

New members of the Golden Girls begin practice in the summer. During the fall, all members practice with the Tiger Band from 3:50 p.m. to 5:20 p.m. Tuesday through Friday. The Golden Girls also meet on their own during the week as-needed, generally on Tuesday evenings. The Golden Girls also appear at the annual Football Signing Day in the Spring, as well as other LSU-oriented events. The LSU Golden Girls do not perform in competitions, but do receive class credit for participation on the line.

The Golden Girls are one of the feature units with the LSU Tiger Band and perform for all home LSU football games, selected campus events, community outreach, and away games (including bowl games) which include the full Tiger Band. In 2011, the Golden Girls were invited by the Hong Kong tourism board to perform for the Chinese New Year Parade and Festival. In addition, they have made appearances at community events including the Bella Bowman Foundation, ARC Foundation, Cystic Fibrosis Foundation, and the ALS Foundation.

The 2022 LSU Golden Girls are led by captains Lauren Aguillard and Madison Mistretta, under the direction of Blair Guillaume.

Ready to learn more? Check out the links below for more about the audition process, other auxiliary units, and the Bengal Brass Basketball Band.