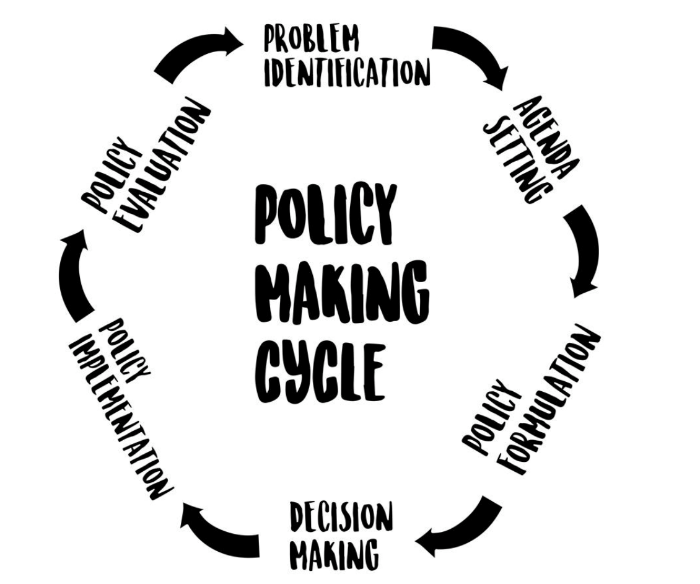 Academic research at its core should be unbiased (or at least identify any known biases), promoting no political agenda that may disrupt the philosophical quest for truth...however, academic research...gets little mention in public discourse.

Intermediary organizations, such as think tanks, philanthropic foundations, advocacy groups, and news media, play a major role in agenda setting and policymaking, particularly in education, and they are very adept at getting their research into the hands of policy actors. These organizations act like brokers between academics and policymakers, translating ideological beliefs and academic jargon into easy-to-digest morsels, usually in the form of bulleted, actionable policy recommendations.2 Intermediary organizations prevalent in the higher education arena include Complete College America, Educause, Third Way, Lumina Foundation, Brookings Institution, Heritage Foundation, Cato Institute, just to name a few. Many of these intermediary organizations can be placed on a political spectrum and have missions/objectives that advocate for specific political cultures.

Academic research at its core should be unbiased (or at least identify any known biases), promoting no political agenda that may disrupt the philosophical quest for truth. However, academic research, as opposed to advocacy-oriented intermediary organizations, gets little mention in public discourse. Education reporters generally look to current events for ideas for publications, not academic researchers’ topics of interest. Intermediary organizations spend a great deal of time networking with the nation’s most influential media outlets and establishing an elaborate social media presence. Intermediary organizations tend to have the infrastructure and funding to heavily circulate publications and reports. (At any given time, reports from one or more of these intermediary organizations are on the desk of some senior academic officer in higher education.) Education reporters rarely look to peer-reviewed journals for the inside scoop. In fact, within Education Week, the New York Times, and the Washington Post, Yettick found that advocacy-oriented think tank reports had a higher probability of being included in each newspaper than peer-reviewed, academic research.3

Education reporters rarely look to peer-reviewed journals for the inside scoop.

So, how does academic research contend with such a Goliath? How can we make academic research the first-place education reporters look for the inside scoop, legislators for policy development, and higher education leadership for institutional strategic planning?
Here are a few recommendations:

Within each article, topics should be of relevant and current context with academic jargon kept at a minimum and conclude with concise recommendations for action. Many prominent journals are adding research-to-practice style submission formats. For example, the Journal of Student Financial Aid not only requires an “Implications for Practice” section for all manuscripts, it also now has research briefs and reflections in practice briefs that are more aligned with how intermediary organizations structure their research.

2. Identify where your research intersects with current policy priorities.

3. Broadcast short snippets of your research via social media and news outlets.

Policy actors look for research evidence to support their beliefs and agendas. Academic researchers must act as policy entrepreneurs. Twitter is a hotspot for academic research promotion and networking, either posted via personal Twitter handles or via journals who want to increase readership of recently published articles. Many political correspondents now openly claim that Twitter is their primary news source.5 An op-ed in a high-profile newspaper can also catch policy actors’ attention. Other venues include blogs, podcasts, and YouTube videos.

4. Partner with or establish university-affiliated centers/institutes of public policy.

Public policy institutes are located within several higher education institutions and act as intermediary organizations to state and national legislators. They also have a high success rate in influencing policymaking. These centers/institutes include faculty and staff who are well-versed in translating academic research into marketable recommendations. Most importantly, they act as objective, non-partisan units with no political agenda.

If you can’t beat them, join them. One of the reasons why intermediary organizations are more successful at reaching policy actors is because they have substantial funding for networking, marketing, operational strategy, etc. For example, the Brookings Institution has an endowment of $355 million.6 Academic researchers who want to market their expertise to policy actors could consider joining forces with think tanks, who can spend the capital to bridge the gap between research and policy.

Anna C. Bartel, PhD is the Assistant Vice Provost for Academic Programs and Support Services in the Office of Academic Affairs at Louisiana State University. She is a triple alumna from Louisiana State University, earning her Bachelor’s in International Studies, her Master’s in Political Science, and her PhD in Educational Leadership and Research. Dr. Bartel has been with the Office of Academic Affairs since 2016 and has another five years prior in the Office of the University Registrar. She is the instructor of record for Policy and Politics of Higher Education in the online Master’s in Higher Education Administration program. Dr. Bartel is also currently an assistant editor for the Journal of Student Financial Aid.

Dr. Bartel’s research agenda revolves around the political and public policy spectrum of education, concentrating in postsecondary finance and policy evaluation. Her doctoral writings and publications concentrate on the necessity of higher education for workforce improvement and economic growth, the review of state and federal bureaucratic processes, the politics behind universal financial aid, and the evaluation of education tax policy.