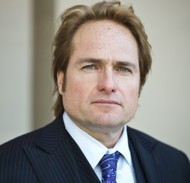 College of the Coast and Environment

David E. Dismukes served as the executive director and professor at the Center for Energy Studies, Louisiana State University from 2014 through 2022. He was also a professor in the Department of Environmental Sciences in the LSU College of the Coast & Environment (CCE).

Post-retirement from LSU, Dr. Dismukes has continued to work in consulting. His research interests are related to the analysis of economic, statistical, and public policy issues in energy and regulated industries. He has has worked in consulting, academia, and government service and given more than 200 energy-related presentations to civic, professional, and trade organizations. His opinions on energy industry trends and issues have been quoted in the Wall Street Journal, the Washington Post, the New York Times, the Christian Science Monitor, the Los Angeles Times, and USA Today, as well as a host of other regional and local newspapers and trade newsletters.

During his time on the CES faculty, Dr. Dismukes led a number of the Center's research efforts on topics associated with many aspects of the energy industry including offshore and onshore oil and gas exploration and production (E&P) activities; the restructuring of natural gas and electric power markets; market structure issues in various energy industries; economic and policy issues related to renewable energy generation and market design, the regulation and performance of electric and natural gas utilities, and the economic impacts of energy industry infrastructure development along the Gulf Coast.

His conference papers have been published in proceedings sponsored by the Society of Mechanical Engineers (SME), the Society of Petroleum Engineers (SPE), the Institute for Electrical and Electronic Engineers (IEEE), the International Energy Foundation (IEF), the International Association of Energy Economics (IAEE), the International Association of Science and Technology for Development (IASTED), the Southwest Academy of Management, and the Academy of Legal, Ethical, and Regulatory Issues. He has authored a number of book chapters on energy and regulatory issues and is the co-author of a textbook on electric power restructuring and competition for CRC Press titled Power Systems Operations and Electricity Markets.

He also served, in addition to his CES and CCE appointments, as an adjunct professor in the Department of Economics in the E.J. Ourso College of Business at LSU and was a full member of the Graduate Research Faculty at LSU.