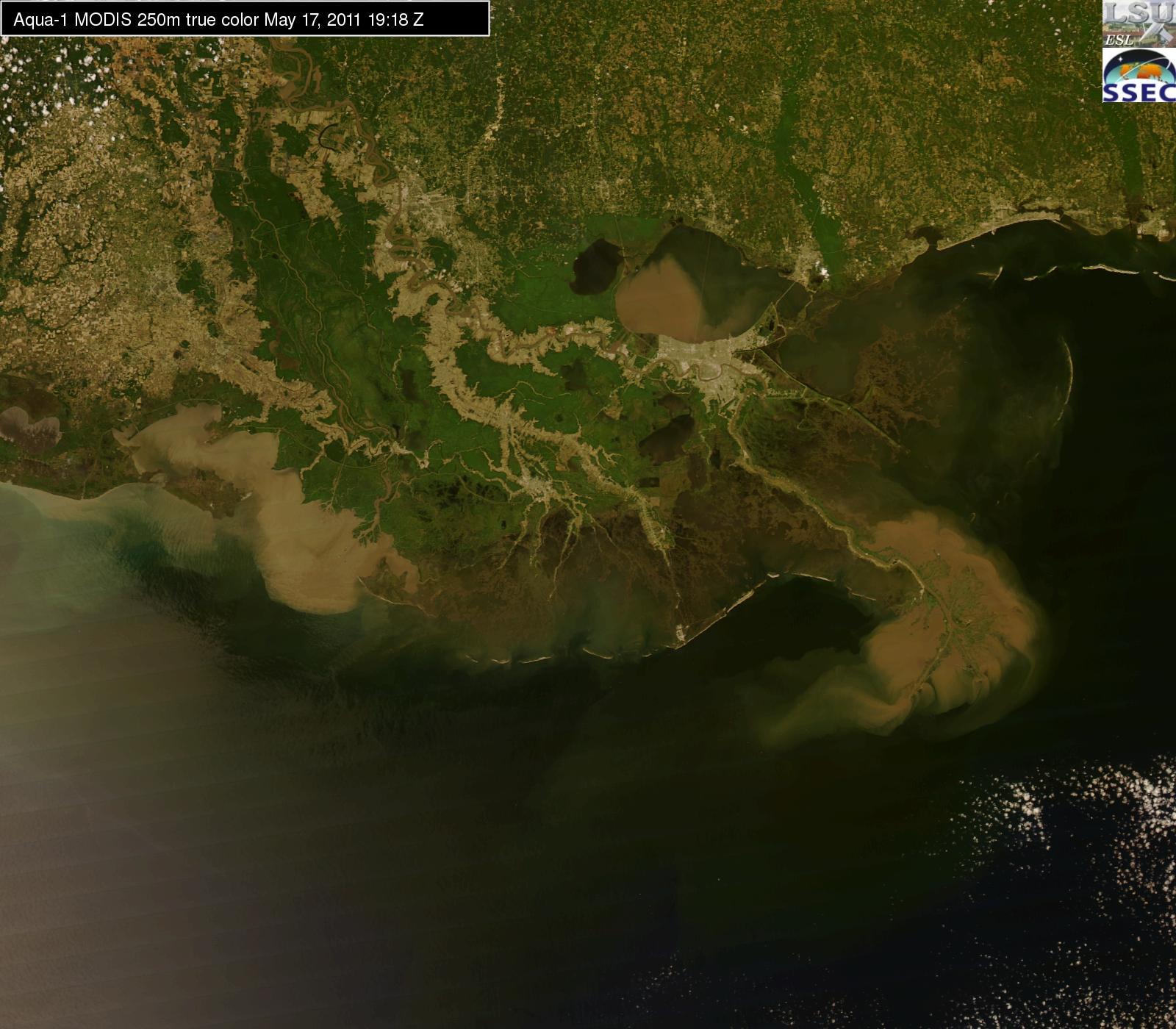 Thirty-three years ago during the summer of 1988, LSU obtained a unique satellite tracking system, the brainchild of satellite imaging pioneer Oscar Huh. He was hired in 1976 to start a program at LSU in ocean/atmosphere remote sensing, after working at the Naval Research Laboratory in Washington D.C. for many years. The timing was perfect as the first three satellite sensors (TIROS-N, SEASAT, CZCS) dedicated to ocean measurements were launched in 1978. The synoptic spatial coverage provided by satellite imagery would revolutionize major concepts in oceanography. However, early data had to be ordered in advance from NOAA NESDIS; often, the order could not be filled due to limited satellite storage and the data tapes were delayed for weeks to months. Frustrated by this situation, Huh strategized on ways to obtain easy access to real-time satellite images of the Earth for hurricane tracking and for operational oceanography. His mission led to the discovery of a small company in southern California called SeaSpace Corporation, headed by Buzz Bernstein, an ex-Scripps oceanographer who had developed a unique turn-key system that would enable Huh’s dream to become a reality. By June 1988, with $248,000 in funding from a Louisiana Board of Regents grant, Huh succeeded in obtaining a satellite “ground station” which was installed on the LSU campus. The system was comprised of three major hardware components—an antenna, receiver, and computer, the latter equipped with sophisticated software. The system gave direct access to the scan lines of data transmitted to Earth, from horizon to horizon, by these early orbiting satellites. 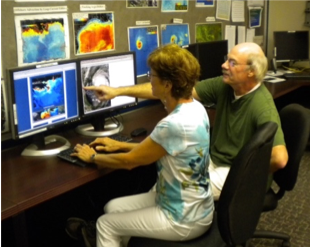 Nan Walker and Alaric Haag view imagery in ESL’s research and training lab, outfitted with funding from a 2006 Board of Regents grant.

The new system provided LSU and state officials with access to satellite measurements only minutes old, leading to significant LSU expertise in the tracking of storms as well as ocean currents in the Gulf of Mexico (GoM). In 1988, ESL captured four images per day from two operational polar-orbiting NOAA AVHHR sensors each with five channels of “met-ocean” information. Soon after installing the system, Huh initiated discussions with Office of Emergency Preparedness (OEP) officials, initiating ESL’s long-term activities in tracking severe weather events for the state. In 1995, OEP provided financial support to significantly improve ESL’s hurricane tracking by funding a capture/processing system for the newly launched GOES-East GVAR sensor, the U.S.’s main “weather” satellite system. It provided imagery of cloud top temperatures, water vapor, and sea surface temperature (SST) every 15 minutes, 24 hours each day, over much of the Atlantic and NW hurricane region. The atmospheric data yielded critical observations that rapidly revealed changes in hurricane intensity and track direction. Associate Director Nan Walker developed a technique to filter out clouds so that the Loop Current, a significant source of “fuel” to tropical systems as well as large eddy currents, could be monitored more closely. The new technique led to 20 years of continuous collaboration and image sales to a commercial company, Horizon Marine, in support of their Eddy Watch program with the goal of giving advance warning to the oil and gas companies of the location of potentially destructive high velocity ocean currents. Alaric Haag joined ESL as systems administrator in June 1996, overseeing all aspects of operations and developing ESL’s successful hurricane tracking activities based on the new GOES-East GVAR system. In 2000, Huh and Walker received a one-million-dollar grant from the Louisiana Technology Innovation Fund for a third major enhancement to ESL. NASA had launched its first MODIS sensor in 1999 and was planning to launch another in 2002. Compared with previous sensors, MODIS provided superior spatial resolution (10 times finer) and an increase in channels of information (from 5 to 36). These improvements required a large (4.4 m) tracking antenna that could receive satellite transmissions at much higher speeds. On a bitterly cold day in January 2001, SeaSpace Corporation engineers, assisted by Haag, successively anchored the new tracking satellite, with its protective radome covering, on the rooftop of the Howe-Russell Geoscience Complex. Both MODIS sensors have operated successfully well beyond their design lives and still provide useful imagery ~20 years later with near global coverage every day. For 15 years, ESL has been processing the best MODIS image of coastal Louisiana with six different coastal views provided to its image archives daily. Over time, MODIS “true color” images have become widely used in many facets of society probably because the features within the image closely resemble what the natural world looks like when imaged by a camera or viewed from an airplane. The red, green, and blue channels of the satellite are digitally combined to resemble what the human eye sees.

ESL is home to a large image database created from a sequence of unique operational sensors, including AVHRR (1988-2018), GOES GVAR (1996-2017), MODIS (2001-2021), OCM (2002-2010), VIIRS (2014-2021), and GOES ABI (2018-2021) with some archives dating back as far as 2000. Most products were first developed in support of research and were later transitioned to operations. With Huh’s retirement in 2003, Walker was promoted to ESL Director. One of her goals was to increase dissemination of ESL’s image products via its webpage with the able assistance of many staff and students in an effort to build a long-term image archive to serve ESLs three main missions: emergency response, research, and education. Alaric Haag has built an impressive hurricane tracking capability and comprehensive hurricane season database spanning 20 years. ESL’s hurricane products have always attracted much public interest and webpage “hits.” 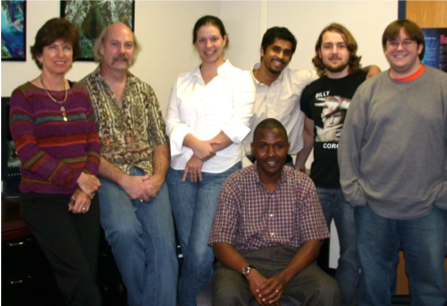 The website houses valuable images organized in daily, updated calendar archives that document Mississippi River flood events, hurricane impacts to coasts and nearshore circulation, coastal sediment transport and algal blooms, the Deepwater Horizon oil spill, hurricane cool wakes, motion of the Loop Current and associated Gulf of Mexico eddies. Image animations are provided on the “Best of ESL” webpage and are favorites at ESL demonstrations. Over the past decade, ESL has developed new products to support the Gulf of Mexico Coastal Ocean Observing System (GCOOS). Satellite imagery is essential to aid in the interpretation of in-water measurements of currents, temperature, salinity, and chlorophyll a. Numerical modelers at LSU and beyond have employed ESL imagery and digital measurements as validation data to improve model performance.

Undergraduate and graduate student education has always been a main focus of ESL. From the earliest days, students have participated in all aspects of lab operations, and received training in oceanography, meteorology, geography, computer science, and engineering through their hands-on experience with ESL operations and research activities. The research and training lab is used for graduate student coursework and for demonstrations to many groups including faculty, staff, and students of all ages from around the world.