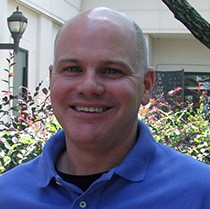 My overall research programs cover the movement, disposition and ultimate degradation/fate and toxicity of chemicals in environmental matrices (water, sediment and biota) with a focus on Louisiana watersheds, wetlands and coastal areas.  We develop laboratory and field methods to assess important biological and physical dissipation processes in surface soils/sediments as well as near surface water and measuring contributions of chemical loads by different use patterns to non-target freshwater and marine watersheds.  We have programs assessing the transport of pesticides, petrochemicals, and human health pharmaceuticals and their degradation products in soil and water, the influence of sunlight on their degradation and toxicity in soil and water, environmental and biological processes influencing pesticide and pharmaceutical degradation, and the environmental impact of pesticides and pharmaceutical products.  We also have projects assessing amounts of chemical contamination in manufactured and retail food and animal feed and the impacts on human health.  There is a strong emphasis on research as it impacts regulatory science in ecological and human health risk assessment such that the best available science is incorporated into regulatory and policy decisions at the state, national and international levels.

Association of American Feed Control Officials Board of Directors (2007 – 2010).

AAFCO Board Liaison to the Association of Food and Drug Officials (AFDO) Board of Directors (2007 – present).

Board of Directors, Georgia Turfgrass Association (1998-2002)

Bodega Marine Laboratory (July 2016):  Topic: The Fate of Pesticides and Other Contaminants in Marine Ecosystems.

US Department of Agriculture (Dec. 2015):  Topic: Arsenic in Food and the Environment:  History, Sources and Perspectives.