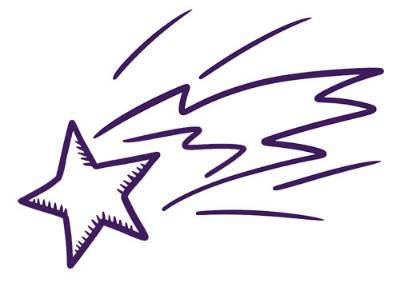 Nature is ripe with opportunities to investigate wildlife, to critically think through problems, and to contribute to big scientific discoveries.

Do you know your own backyard? Do you know the types of insects that live in the grass, or the birds that find shelter in the trees? What about the kinds of rocks or woods used in the landscaping?

Living in South Louisiana, we are surrounded by a number of natural habitats. Chances are there’s a pond, stream, or river near you. Start with curiosity. Ask yourself: What am I curious about?

Sometimes we are curious about things we can't always see—and no, we're not talking about the teeny, tiny things. We are talking BIG. Like stars! And planets! And nebulas, which are giant, round clouds of dust and gas in space.

Even though all of that is millions (or more!) miles away, we can study them right here in Baton Rouge, Louisiana.

Some of our very own scientists at LSU work hard to understand the mysteries that space holds and to discover new pieces to the giant galactic puzzle.

What are rogue planets? Unlike the planets of our own solar system, a rogue planet does not orbit, or circle around, a star.

A group of LSU astronomers and physicists contributed to Nobel-prize winning work in 2015 when gravitational waves were discovered. The discovery made headlines across the world, not only because gravitational waves happen when two black holes collide into each other, but also because it proved Albert Einstein's theory of general relativity.

LSU physicist Jeffery Chancellor’s research looks to help answer questions about astronauts' health and performances during future space missions that go beyond low-Earth orbit for a long period of time.

And studying the elements of space is not just for physicists and astronomers. Geologists, who are often known for studying the rocks and minerals of our own planet, can study the rocks and minerals of other planets, too! LSU geologist Suniti Karunatillake has spent years studying our neighboring planet, Mars. He wants to find answers to the big questions, like, "Has there ever been life on Mars?" To start, he's been searching for evidence of water on the planet, which could be a good indication that it has been sustainable to life at some point in the planet's history.

Studying our skies and everything beyond what our own eyes can see is something that anyone can do!

Fun Fact: LSU astronomer Tabetha Boyajian has a star named after her! Her star is known as Tabby's Star after her discovery of it.

Twinkle, twinkle, little star. We all know the nursery rhyme— but did you know that there is some truth to it? Not all points of light you see at night are stars. Airplanes, satellites, and meteors (or “shooting stars”) move fast across the sky, so they’re easy to tell from stars. But what about planets?

Planets look a lot like bright stars, so telling them and stars apart can be tricky. One way to tell the difference quickly is that planets don't twinkle like stars, although it's sometimes hard to see the difference. Look up at the sky. Can you see a bit of a shimmer coming from the bright dot? If you can, then it's a star! As light from a star races through our atmosphere, it bounces and bumps through the different layers, bending the light before you see it.

There are other ways you can also tell the difference without a super powerful telescope. While not all planets are colorful, many of the most prominent planets in our night sky appear to have some type of coloration. Mars can have a pinkish-red color, and Neptune can look a little blue. One other way to tell the difference is that planets can be a bit brighter than stars. Planets reflect the bright light of our solar system's sun, which is relatively close to the earth. Stars, by contrast, emit their own light.

A Kid's Guide to Stargazing

The night sky is like a giant puzzle. Hidden among the thousands of stars you can find dozens of constellations. You can also search for individual stars and planets. Here are some Stargazing Do's & Don'ts:

Get Out in the Right Conditions

Stargaze when there is little or no moonlight and the sky isn’t cloudy. Find an area away from street lamps, neon signs, and headlights. And give your eyes a half hour to adjust to the darkness.

Borrow binoculars or a telescope to see these celestial sights more clearly and closer up.

Use an app! There are plenty of free phone apps that help you map out the sky so you know what you're looking at.

Bring a flashlight to help you find your way and to see your notebook, compass or sky map.

Stay safe! Bring a friend or parent along to help search the night sky. Don’t ever go out at night without your parents’ permission.