Baton Rouge, La. - Every great institution has had leaders whose work has had lasting impacts on the institution and its members. We celebrate these trailblazers by illuminating their work and celebrating the indelible marks that they have left on the college, their field, and their community. Join us as we shed light on the careers of the College of Science 2019 Hall of Distinction honorees.

Receiving his PhD in Marine Science from LSU in 1974, Dr. James “Jim” Bishop has taken his research across the world all while consistently supporting the LSU College of Science, the Museum of Natural Science and LSU Libraries. Originally from Hammond, La., Dr. Bishop has worked for the Kuwait Institute for Scientific Research as a research scientist since 1983, bringing in nearly $6 million for his projects. His years of research have led to over 100 peer-reviewed articles, technical reports, proceedings and other published items. Just by glancing at his CV, one will notice that Dr. Bishop’s knowledge spans many topics from quantitative and statistical biological comparison of major water bodies, to detailed management of shrimp stocks, to the first observations of orca and whale sharks in the Arabian (Persian) Gulf, making him one of the most influential biologists working in the Persian Gulf. Just as impressive as his academic contributions is his love and generosity towards LSU. His long-standing relationship with the LSU Museum of Natural Science began when he met the museum’s founder, Dr. George Lowery, during his graduate years. To date, Dr. Bishop has donated countless fish and marine specimens to the museum and LSU’s Human Ecology departments. He has also given textiles, hand-woven baskets, and other items to be displayed in the Museum of Natural Science. Thanks to Dr. Bishop’s generosity, Dr. Prosanta Chakrabarty, curator of fishes at the Museum of Natural Science, was invited to travel to Kuwait with Dr. Bishop to collect fishes. As a result, the museum now has the largest and most diverse collection of fishes from Kuwait in the world, as well as a large collection of sea snakes, birds, insects and other organisms from the region that were donated by Dr. Bishop from his own fieldwork. A collector of rare books, Dr. Bishop has also donated more than 100 books to LSU Libraries. 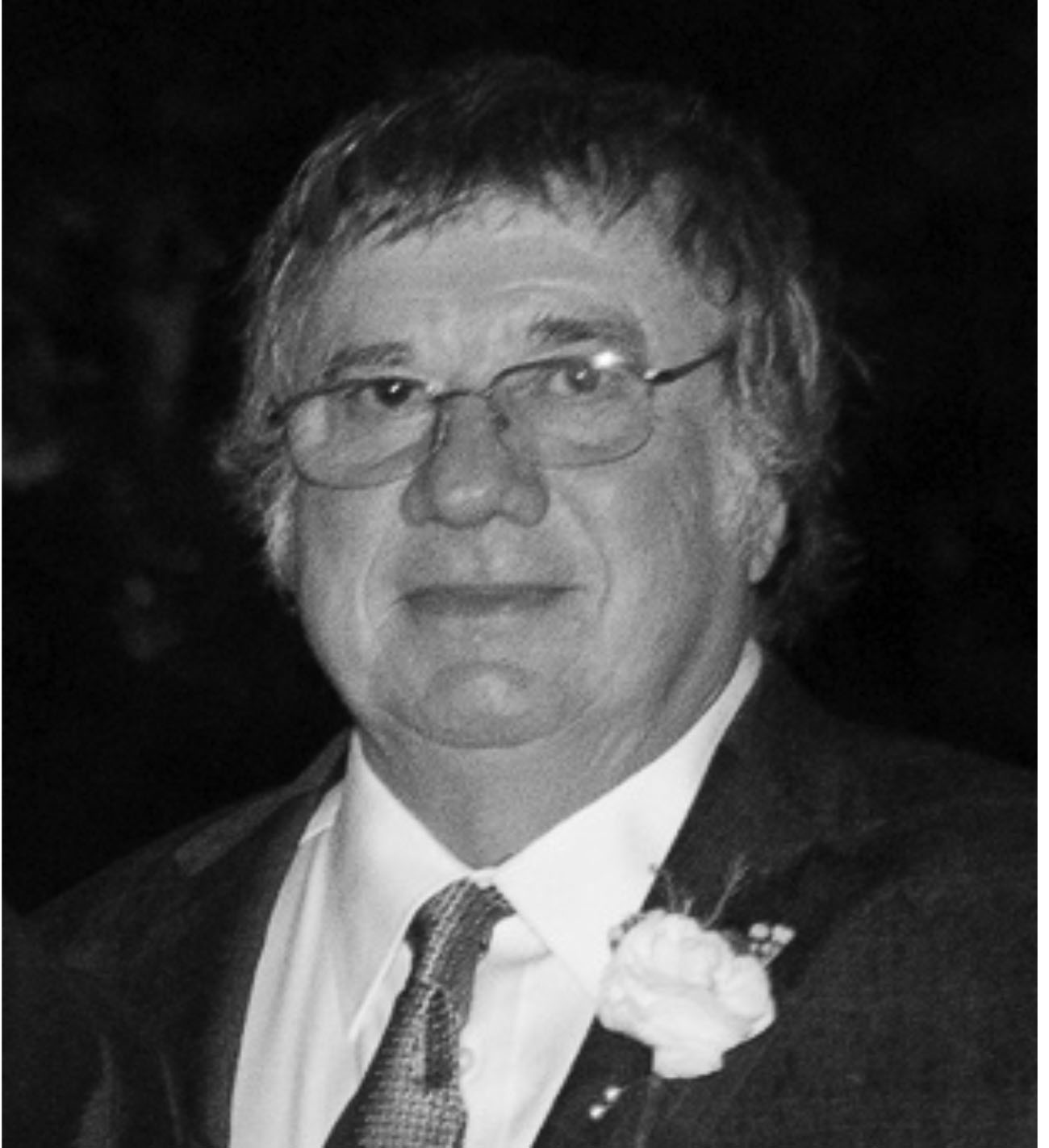 Combining the art of glassblowing and science, Christian Boussert served as the master scientific glassblower and manager of the College of Science Glassblowing Shop for many years. Educated at the prestigious Academies de Creteil-Paris-Versailles in France, Boussert came to the U.S. as the glassblower at Stony Brook University New York, where he met his wife Anne, who received her bachelor’s degree in chemistry from LSU. The couple moved to Louisiana, and from 1975 to 2007, Boussert was the college and Department of Chemistry’s artist in residence in the Glass Shop in Choppin Hall. Upon his retirement in 2007, the university took the unusual step of naming him Master Glassblower Emeritus. During his time at LSU, Boussert managed the glassblowing facility and worked with researchers to create unique, hand-crafted pieces, specifically designed to meet the needs of each experiment. These apparatuses not only provided enhanced research outcomes but also doubled as pieces of artwork. Paul Russo, Roy Paul Daniels Emeritus Professor, raved about the cell washer Boussert made for him that percolates clean fluid into test tubes held up-side-down until they are rinsed completely free of dust. He raved so much that when Charles Han, one of the world’s leading polymer chemists, saw the washer, he wanted one of his own, and he wanted it made by Boussert. Boussert’s work also contributed to the Soviet American Gallium solar neutrino Experiment’s (SAGE) Nobel Prize winning experiment. When the team needed counters that had little to no radioactivity to store germanium atoms, they looked to Boussert. He designed and engineered counters made of ultra-clean-low-radioactivity quartz. These counters, which were made at LSU, were an absolutely essential component to the experiment that allowed LSU to be a partner in the Noble Prize-winning research. Boussert has remained active in the glassblowing community in the U.S. and in Europe where he has promoted his craft and represented LSU. He and his wife established a fund and hold the annual Dr. Benjamin Pierre Boussert Memorial Lecture in honor of their late son who died in car accident while a graduate student at Berkeley in 2005. The Benjamin Boussert lecture series invites prestigious scientists to campus to present their research. 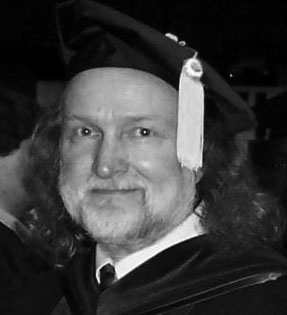 A true gold mine in the geology field, Emeritus Professor Gary Byerly has helped put LSU’s Geology & Geophysics Department on the map for early Earth research, a topic that has garnered much attention within the geoscience community over the last decade. Dr. Byerly is best known for his over 40 years of work on a patch of rare, fresh, well-preserved early Earth volcanic rocks and associated clastic and chemical sediments in South Africa called the Barberton Greenstone Belts (BGBs). The only other place in the world to find similar rocks is Western Australia. Through detailed geological mapping, laboratory observation and experiments, and a total rethinking of the earth Earth, Dr. Byerly, his students, and co-workers have presented to the geoscience community a suite of original discoveries on the very different and totally unfamiliar early Earth conditions, not only on the surface but also deep in the interiors. Almost half of the discoveries pertaining to early Earth have used materials and knowledge gained from the BGBs in South Africa where Dr. Byerly’s work laid the foundation for the geological context. Because of Dr. Byerly, LSU’s Geology Department is known for “owning” BGBs, one of the two most precious terrains every serious early Earth geologist must visit. This is the result of not only the many papers Dr. Byerly authored and co-authored but also the many field excursions and workshops he and his co-workers led over the years for scientists all over the world. Dr. Byerly has made many distinct contributions to the knowledge of early Earth, including Komatiites, Impact Deposits, and the heterogeneous interior, just to name a few. During his time at LSU, Dr. Byerly also served as the Associate Dean in the College of Science for many years as well as Dean of the Graduate School for three years. Dr. Byerly oversaw the recruitment and retention efforts for the College and in the College’s Master of Natural Science graduate program during his years as Associate Dean, and led efforts to increase enrollment in graduate programs across LSU and increase the number of graduate certificate programs offered by LSU during his time as Dean of the Graduate School. 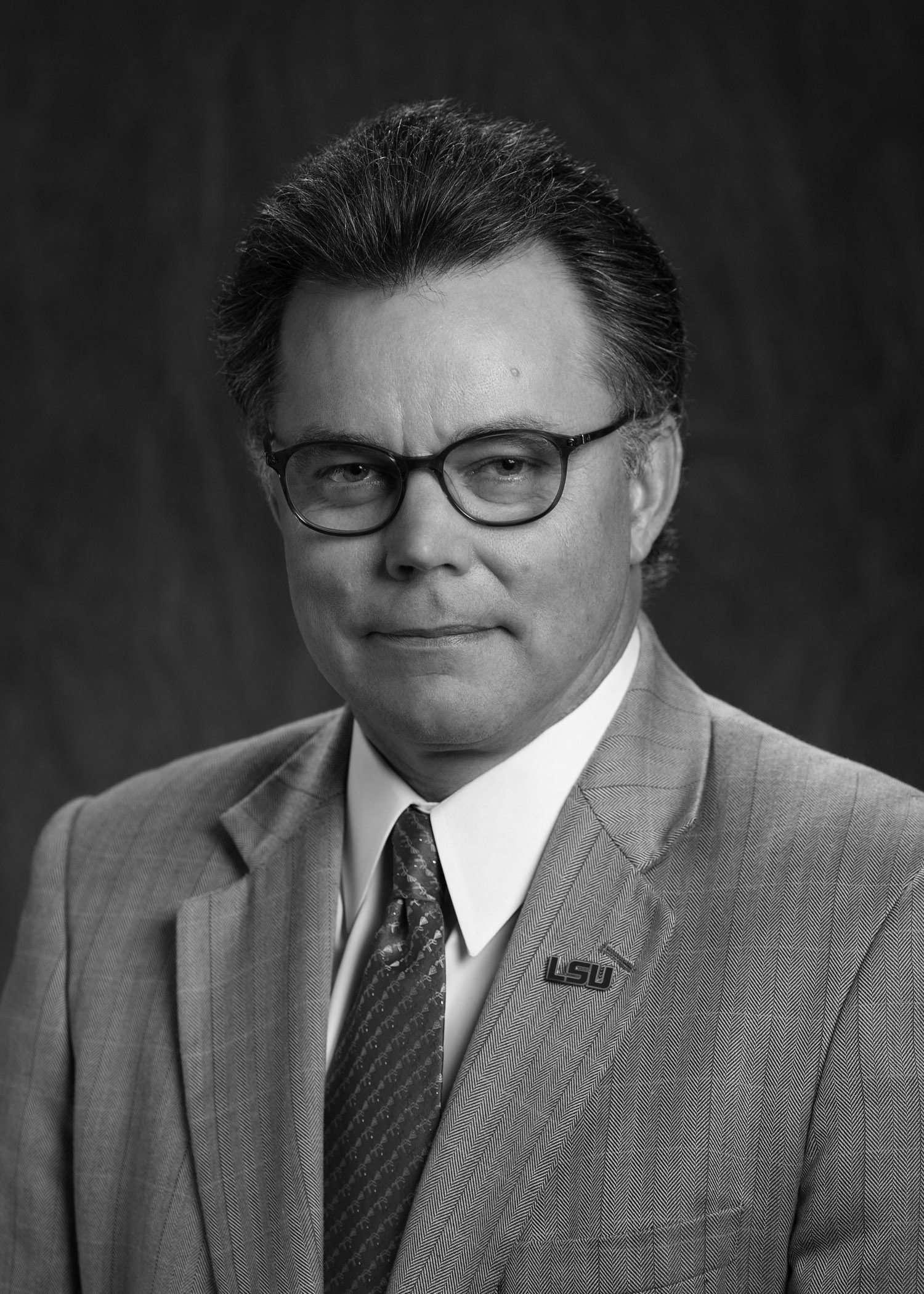 During his time as a professor of biological sciences and the dean of the LSU College of Science, Dr. Kevin Carman left his mark by driving efforts and initiatives that continue in the College of Science till this day. Dr. Carman joined the LSU Department of Zoology and Physiology as a postdoctoral researcher in 1989 and became an assistant professor in 1991. He was promoted to associate professor in 1996 and became a professor in 2001. As a faculty member, Dr. Carman mentored two doctoral students and seven master’s students to successful completion of their degrees and brought in approximately $9.6 million in support for his research in marine benthic biology and College programs. He developed the Microbial-invertebrate interactions in aquatic environments class that was well received by graduate students and the Careers in Life Sciences class that introduced biology undergraduates to many career opportunities by bringing in speakers from different fields. His research was continuously supported by competitive grants and contracts from a variety of agencies including the National Science Foundation, the Office of Naval Research, U.S. Environmental Protection Agency, the BP Gulf Research Initiative and the Gulf of Mexico Alliance. Dr. Carman served as associate dean for finance and administration in the College of Basic Sciences for six months before becoming interim dean in January of 2004. In January 2005, began his appointment as dean of the College of Basic Sciences. During his tenure, the college’s name was changed to The College of Science. In his nine years as dean and interim dean, he encouraged the hiring of computational scientists in all departments, an effort that has since come to fruition as these faculty members have achieved promotion and tenure and are now assuming research leadership roles. He developed the Dean’s Circle, a community of alumni and friends who give $1,000 or more each year to the college and helped grow its membership. He was also a big proponent for professional development and undergraduate research. He was named a National Academies Education Mentor from his participation in the 2007 National Academies Summer Institute. He made the Summer Institute part of contracts for all new faculty members. LSU is now a host site for Summer Institutes. His efforts for undergraduate research included overseeing the renewal of the HHMI Undergraduate Science Education Program and being the principle investigator of the National Institutes of Health-funded Bridges to the Baccalaureate Program from Baton Rouge Community College to LSU. He was also an avid supporter of the Biology Intensive Orientation for Students (BIOS), a week-long program designed to ease the transition from high school to college. Dr. Carman assumed the position of executive vice president and provost of the University of Nevada, Reno in 2013, where he has initiated a similar orientation program called NevadaFIT for all incoming freshman. Carman is a Fellow of the American Association for the Advancement of Science. 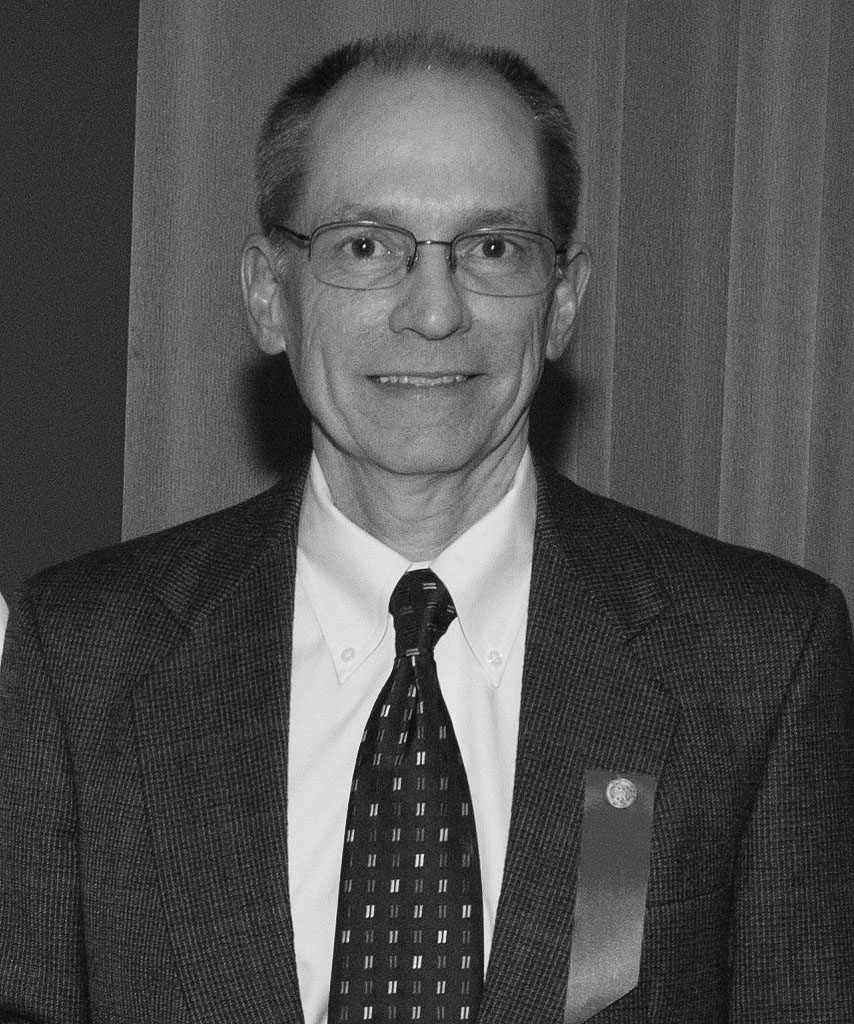 Receiving his PhD in zoology from LSU in 1985, Dr. David Sibley has since gone on to become a leader in the field of molecular parasitology. Dr. Sibley came to LSU as one of the first Board of Regents Graduate Fellows from 1982-1983. He completed his PhD in a remarkably short amount of time because he took advantage of his fellowship and spent his time learning and exploring the research capabilities and specialized equipment available not only in his department, but also in the Agriculture Department, the Veterinary School, and the Hansen’s Disease Lab at Carville, La. He established relationships across campus and was able to collaborate with researchers on projects related and unrelated to his research. He went on to do his first post-doctoral experience at the Hansen’s Disease Center followed by another post-doctoral experience in immunology at Stanford. Since 1991, he has been with the Molecular Microbiology Department at Washington University School of Medicine in St. Louis where he is the Alan and Edith Wolff Distinguished Professor. The Sibley Lab has been continuously funded since 1991 and has trained 16 doctoral students and over 30 post-doctoral students, resulting in over 230 publications in noteworthy journals and over 21,000 citations by other scientists. His lab investigates the adaptations for intracellular parasitism, focusing on Toxoplasma gondii, a wide spread protozoan parasite of animals which causes zoonotic infections in humans.  The Sibley group is interested in how the parasites migrate across tissue barriers and invade host cells, and it has been important in the development of the prevailing model for these unique biological processes. The group has advanced the study of this parasite pathogenesis using the mouse model to define parasite virulence components and host resistance factors. Sibley and his lab have contributed extensively to the development of molecular genetic tools and established genetic mapping methods, which remain one the of the most adept parasitic systems for genetic analysis. Dr. Sibley’s achievements earned him acceptance into the National Academy of Science (NAS) in 2017, making him one of two LSU College of Science alumni to have the honor. Even after all of his success, Dr. Sibley still credits the opportunities and mentoring he received at LSU as an important and essential part of his development into the scientist he is today.