Celebrating Those Who Dare to Soar: LSU College of Science Announces 2018 Hall of Distinction Honorees

“The College of Science is excited to celebrate the achievements of five pioneering scientists who have contributed to historic discoveries and innovations in their fields,” said Cynthia Peterson, dean of the LSU College of Science and Seola Arnaud and Richard V. Edwards Jr. Professor. “These scientists dared to soar and forge new paths of discovery and innovation for future generations of scientists. We look forward to honoring their hard work and unwavering commitment to advancing science at LSU.” 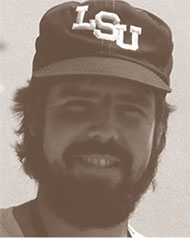 Renowned conservationist and field ornithologist Theodore "Ted" A. Parker III was already considered a legend in ornithology before his untimely death in 1993 at 40 years old. Referred to as "the Mozart of ornithology," Parker broke the record for birds seen in one year in the United States at just 18 years old. His "Parker Inventory" technique, which included extensively recording bird calls before and after dawn to capture the voices of birds hidden from sight, revolutionized bird survey work in the Neotropics. Parker’s connection to LSU began when George Lowery, former director of the LSU Museum of Natural Science, invited him on an expedition to Peru. The trip was organized by LSU ornithologist John P. O'Neill, who noted Ted's "frightening" amount of knowledge in ornithology. Parker became a staff research associate for the LSU Museum of Natural Science in 1984. Throughout his career, he published 47 papers on Neotropical birds in technical journals, in addition to five Rapid Assessment Program monographs, four audio-cassettes, and seven popular articles. He also wrote an annotated checklist of the birds of Peru, co-authored the ICBP Read Data book on threatened birds of the Americas, and was a key collaborator on a major work on the ecology and conservation of Neotropical Birds. Parker was a key factor in helping elevate the MNS to world-class quality. His contributions to LSU were recognized with a posthumous honorary PhD in 1993.

Biochemist H. Dupont Durst received his bachelor’s and master's degrees in biochemistry at LSU in 1965 and 1967, respectively. Durst began his independent career at The State University of New York at Buffalo where he developed new methods for a number of difficult synthetic transformations, cleverly utilizing phase transfer catalysis to enable bimolecular transformations in organic solvents. He is also an advocate for chemical education, especially the teaching of laboratory skills. Durst’s contributions to chemistry education and research include seminal publications, text books, and patents. His paper in the Journal of the American Chemical Society from his graduate work on sodium cyanoborohydride has garnered over 2,000 citations. He also co-authored the textbook "Experimental Organic Chemistry" with George Gokel. From 1979 to 1984, Durst held a faculty position at the University of Puerto Rico in Rio Piedras, where his research interests expanded to include the isolation and structure determination of marine natural products, including toxins associated with seafood poisonings. He joined the Chemical Methodology Team at the US Army Edgewood Chemical Biological Center (ECBC) in 1984, where he was involved in the trace analysis and detoxification of chemical warfare agents. During his time with the ECBC, he contributed to the development of new ionization source for mass spectrometric Direct Analysis in Real Time (DART). Durst formally retired in 2015, but continues to support his alma mater. Currently, he serves as the external member of a search committee for an endowed chair position at LSU and he is using his expertise and passion for chemical education to help review laboratory courses in the Department of Chemistry. Durst is also a member of the College of Science Dean’s Circle and has established the H. Dupont Durst Graduate Student Award in Organic Chemistry.

LSU Boyd Professor Emeritus Robert O'Connell has had a notable 53-year career as an LSU faculty member. O'Connell has 325 publications, including six papers he co-wrote with Eugene Wigner, renowned physicist and Nobel Prize winner, with one having over 2,000 citations. He has served as editorial board member of several leading journals in physics including Physical Review A, Hadronic Journal and Journal of Physics A. O'Connell has been a long-time visiting Professor at the Dublin Institute for Advanced Studies; the University of Ulm; the Technical University of Denmark; the University of Oxford, Cambridge University and Queen Mary College in the UK.; the Max Planck Institute ; and the Universities of Warsaw, Trondheim, Santa Caterina Brazil and Bilkent, as well as Oak Ridge National laboratory and the Lawrence Livermore Laboratory. One of his most lasting contributions to physics was his work on the behavior of spinning bodies in general relativity. The outcome of this work laid the foundations for modern-day approaches to calculating the orbits and gravitational radiation for inspiraling spinning black holes. He also contributed to the success of the space mission Gravity Probe B ( launched by NASA to measure the precision of the spins of an array of gyroscopes) and extended this work to predict spin precession in a two-body system, a new prediction of General Relativity, which was recently verified by a consortium of astronomers. In addition, his work on magnetic white dwarfs led to the first spectroscopic discovery of very large magnetic fields (300MG) in compact stars. His summer collaboration at the Dublin Institute for Advanced Studies over a period exceeding 25 years, led to fundamental discoveries in Quantum Statistical Mechanics in addition to important work in Electrodynamics.. While at LSU, O'Connell was active on a number of committees and served as vice-president and president of the Faculty Senate. He was also named Distinguished Research Master in 1975 and has been a fellow of the American Physical Society since 1969. He was a NAS-NRC Fellow in New York (1996-1998) and a SRC Senior Visiting Fellow in Oxford and London (1975-1976). O’Connell and his wife, Josephine, are also members of the College of Science Dean’s Circle. 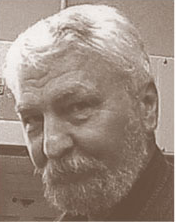 Ronald Siebeling made a large and lasting impact on the field of immunology as well as the LSU College of Science. He has published many peer-reviewed papers on enteric bacteria found in Louisiana estuaries, making contributions to public health and Louisiana's economy in support of commercial turtle farmers. He also volunteered to mentor science teachers across the Southeast United States and was an active member of The Reticuloendothelial Society and both Southeastern and National American Society for Microbiology. Siebeling’s teaching career at LSU began in 1966 after earning a PhD in immunology from the University of Arizona. Siebeling is best known for his research on producing a pathogen-free turtle. In the early 1970s, his research served as a basis for his relationship with the Louisiana Turtle Industry farmers. His work, which was carried out through successive graduate student research lab efforts, led to a methodology to produce Salmonella-free turtles using antibiotics. Over the last three decades, Siebeling's research on pathogenic mechanisms of enteric bacteria, molecular factors conveying antibiotic resistance and immune mechanisms in response to enteric infection produced dozens of peer reviewed papers and multiple chapters in textbooks on mechanisms of infection by enterics. His research attracted graduate students worldwide, all of which departed LSU for successful careers in medicine, dentistry, agricultural research, oral pathogen research, and virology research. Among his successful mentees is College of Science alumnus and fellow Hall of Distinction honoree James Lange.

James "Jim” Lange earned a microbiology BS at LSU in 1969, served in the U.S. Army for three years, with a Vietnam tour as a rifle platoon leader, then returned to LSU, earning an MS in microbiology in 1974 under Ron Siebeling. In 1974, he embarked on a 42-year federal career, starting at the Centers of Disease Control in Atlanta, working on hemorrhagic fever viruses, highlighted by publishing in The Lancet, the first description of a new virus named Ebola. He left CDC to complete a PhD in pathology at UNC-Chapel Hill. He then moved to the National Institutes of Health, Bethesda, with assignment to the Middle East for the U.S.-Egypt-Israel Regional Cooperation Project. After two years in the Middle East, he returned to CDC to support its new Emergency Operations Program. His multiple deployments for public health emergencies included Hurricanes Andrew and Katrina. He also developed and delivered training programs for public health emergency operators in Former Soviet Union countries and the Middle East. In 2014, he deployed to Liberia to assess monitoring programs for close contacts of Ebola virus cases. In 2015 and 2016, he managed the Immunogenicity Sub-Study for the Ebola Vaccine Project in Sierra Leone. In late 2016, he deployed to Puerto Rico to support CDC’s emergency response to the Zika virus outbreak. He retired from CDC in January 2017. After a 14 year hiatus, he rejoined the U.S. Army Reserve as a Medical Service Corps officer, retiring in 2009, after a tour in Iraq with Task Force 3 Medical Command. He credits LSU with giving him the tools for a successful and rewarding career. He and his wife of 49 years, Neilanne Parker Lange, an LSU grad, have been members of the College of Science Dean’s Circle and Dean’s Circle Executive Committee since 2009. He has lectured at the Careers in Life Science course apprising students about federal careers in science in both civilian and military capacities and at the Honors Residence College . He received numerous awards in both civilian and military careers, including superior service and ambassador special awards as a civilian and Legion of Merit, Bronze Star with Oakleaf Cluster, Air Medal, Vietnam and Operation Iraqi Freedom Service Medals and the Combat Infantry Badge along with the Parachutist Badge.

For more information about the LSU College of Science Hall of Distinction, visit science.lsu.edu.