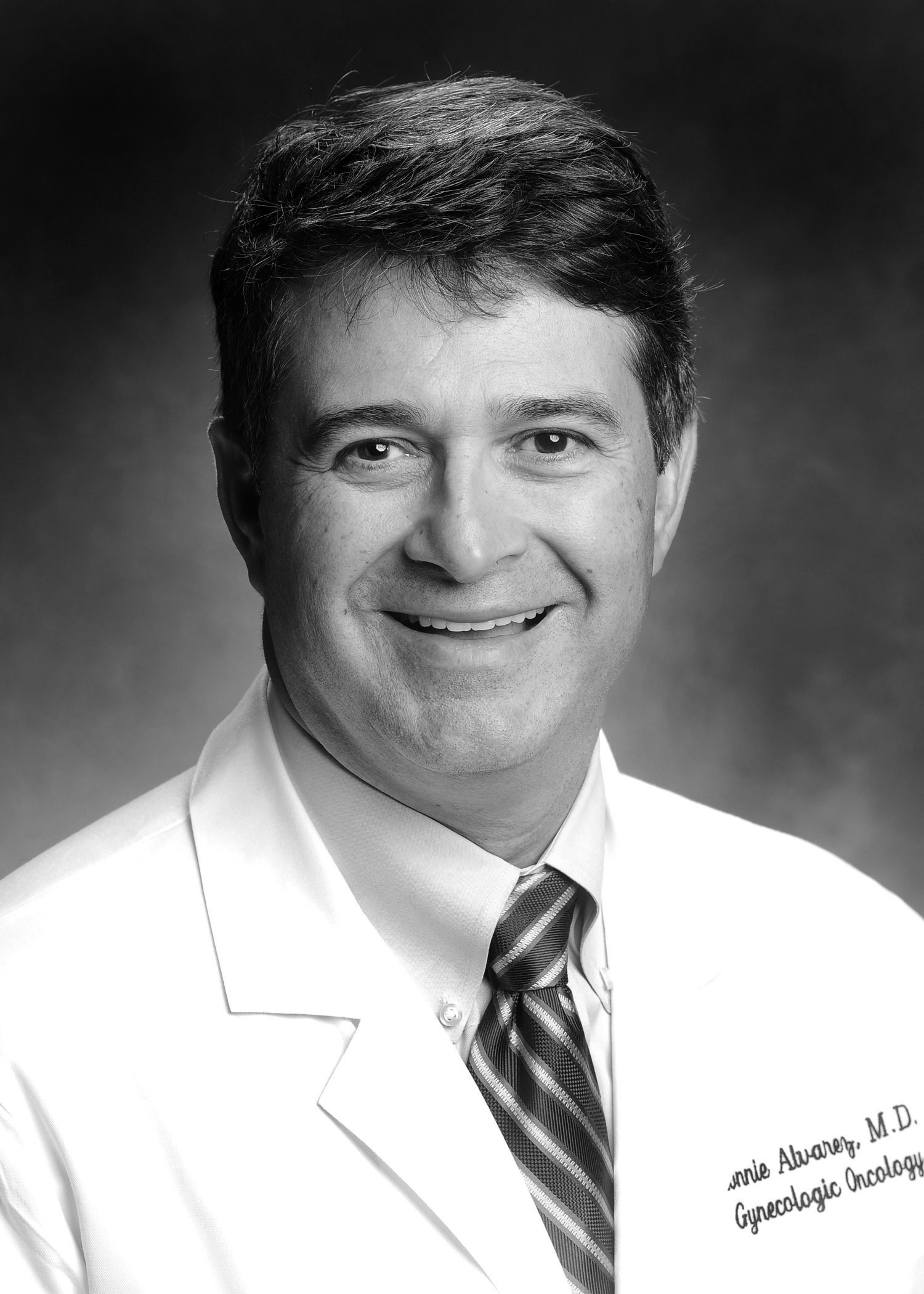 Ronald Alvarez, a native of New Orleans, earned his Bachelor of Science degree in zoology form LSU in 1979. He received a Doctor of Medicine from LSU Medical School in New Orleans in 1983 and completed his internship and residency in obstetrics and gynecology, and was awarded an American Cancer Society fellowship in gynecologic oncology at the University of Alabama at Birmingham. He is currently vice chair of the Department of Obstetrics and Gynecology and director of the Division of Gynecologic Oncology at the University of Alabama at Birmingham. He holds additional roles as senior scientist and Women’s Cancer Program co-leader at the Comprehensive Cancer Center and senior scientist at the Gene Therapy Center. Alvarez is Board Certified in Gynecologic Oncology and has an active interest in novel therapeutics for ovarian cancer and chemoprevention of cervical dysplasia. He has served on the Executive Committee of the Gynecologic Cancer Foundation and has been a Council Member and Program Chair for the Society of Gynecologic Oncologists. Alvarez is active with many medical professional societies, including Alpha Omega Alpha Honorary Medical Society, and is a fellow in the American Gynecological and Obstetrical Society, the American College of Obstetrics and Gynecology, and the American College of Surgeons. He has authored and coauthored more than 260 articles and has attracted several million dollars in grant funds for his research. During his career as a cancer specialist, he has been recognized 11 times as one of “America’s Top Doctors” for his research and served multiple terms on the Department of Defense’s Ovarian Cancer Research Program Integration Panel. He is a member of the LSU Foundation, LSU Alumni Association, and Tiger Athletic Foundation. 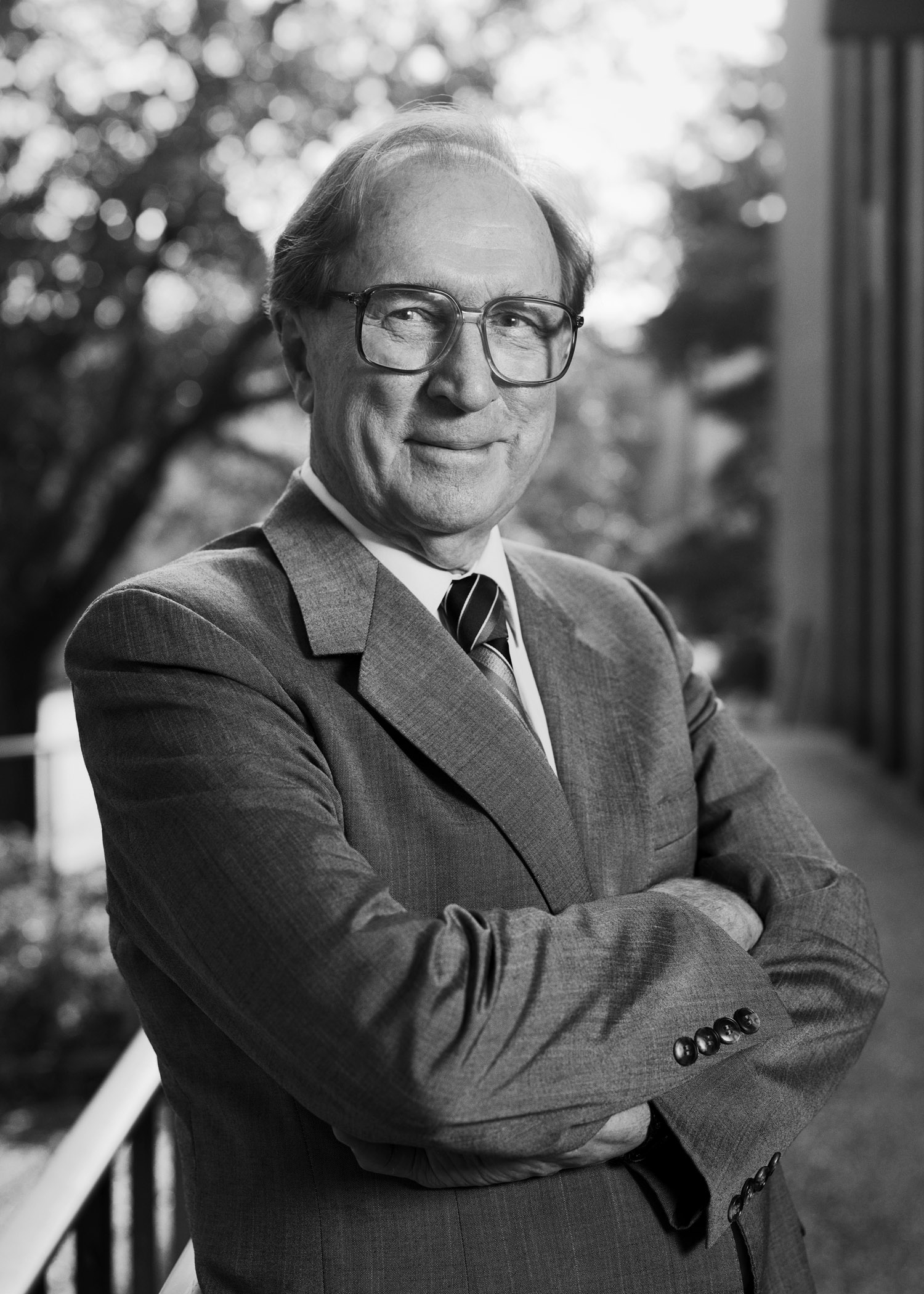 Richard Anderson (1922-2008), a native of Hamden, Connecticut, earned his Bachelor of Science degree in mathematics from the University of Minnesota in 1941 at age 19. He was active in the ROTC during college and enlisted in the Navy during WWII, serving on the submarine Roger 7 and the Rocky Mount, an Appalachian-class command and communications ship. After finishing his service, he earned his Ph.D. in mathematics at the University of Texas under renowned topologist Robert Lee Moore specializing in Infinite Dimensional Topology. He took a position at the University of Pennsylvania from 1950 to 1956 and spent two of those years at the Institute for Advanced Studies in Princeton, where he met Albert Einstein and several other visiting mathematicians who influenced his career. He joined the LSU faculty in 1956 and became the first Boyd Professor of Mathematics in 1959 at the young age of 37. He retired as Boyd Professor Emeritus in 1980, but from 1981 to 2004 remained active as senior advisor to the Louisiana Systemic Initiatives Program (LaSIP), funded by NSF to improve education of pupils in grades K-12 in mathematics and science. He was instrumental in advising and guiding Louisiana to successful application for this funding and was influential in the resulting initiative. Anderson served as vice-president of the American Mathematical Society (AMS) in 1972-73. He was also very active in the Mathematical Association of America (MAA), reflecting his keen interest in and commitment to teaching. He received the Award for Distinguished Service to Mathematics by the MAA in 1978 and served as MAA President in 1982. He was one of only seven mathematicians in the twentieth century to hold such high offices in both the AMS and MAA. 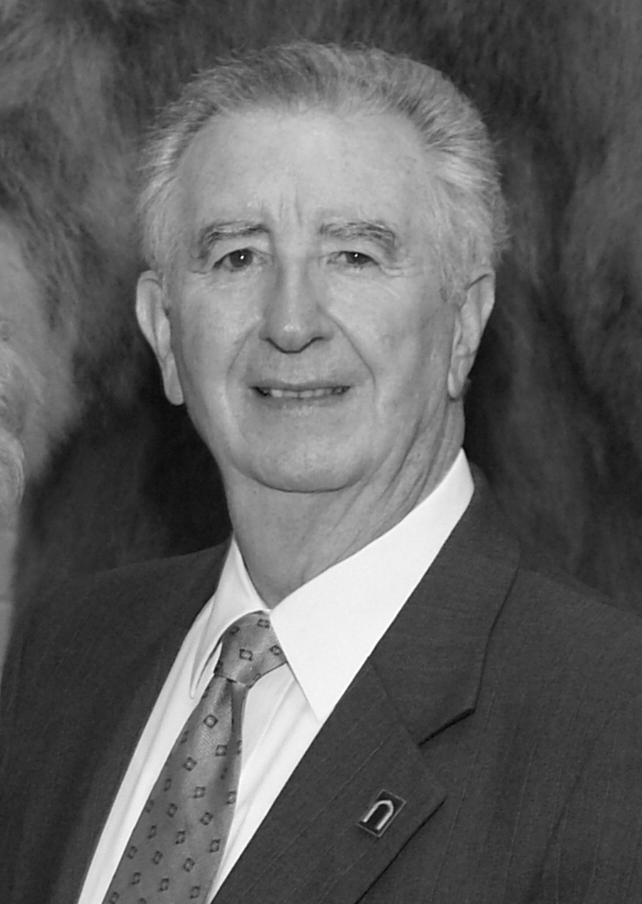 Carlo Christina, a native of New Orleans, earned his bachelor's degree in geology from LSU in 1951. He served two years in the U.S. Air Force as an electronics officer and then joined Southern Natural Gas Company as an exploration geologist. During his six years with Southern, he helped develop several significant oil and gas fields in Louisiana and Mississippi. Christina joined a developing partnership that became Exchange Oil and Gas Company, serving on the Board of Directors and being elected vice president of the company before it was sold to Georgia Pacific. In 1977, he joined Martin Exploration, one of the primary exploration companies involved in the development of Tuscaloosa Trend. His prize-winning paper, “The Tuscaloosa Trend of South Central Louisiana,” was presented at the Gulf Coast Association of Geological Scientists (GCAGS) convention in 1979. In 1980, Christina partnered with Lawrence Ringham to form C&R Exploration, Inc. Together, they were successful in finding several Tuscaloosa, Miocene, and Frio fields. He officially retired in 1994, though his service to the discipline has continued. He has served as president and vice president of the New Orleans Geological Society and provided many ideas and methods to build the organization’s membership and funding. For his efforts, he was awarded the Honorary Lifetime Membership award in 1991. Christina is a member of SIPES, the national honor society for petroleum geologists, and has been an active member of the American Association of Petroleum Geologists since 1958. He has served the LSU Department of Geology & Geophysics in many roles, including the Geology Advisory Board and the Geology Field Camp Campaign Committee. He was a member of the College’s Development Council for more than ten years, and continues to support the college through his volunteer and philanthropic efforts. 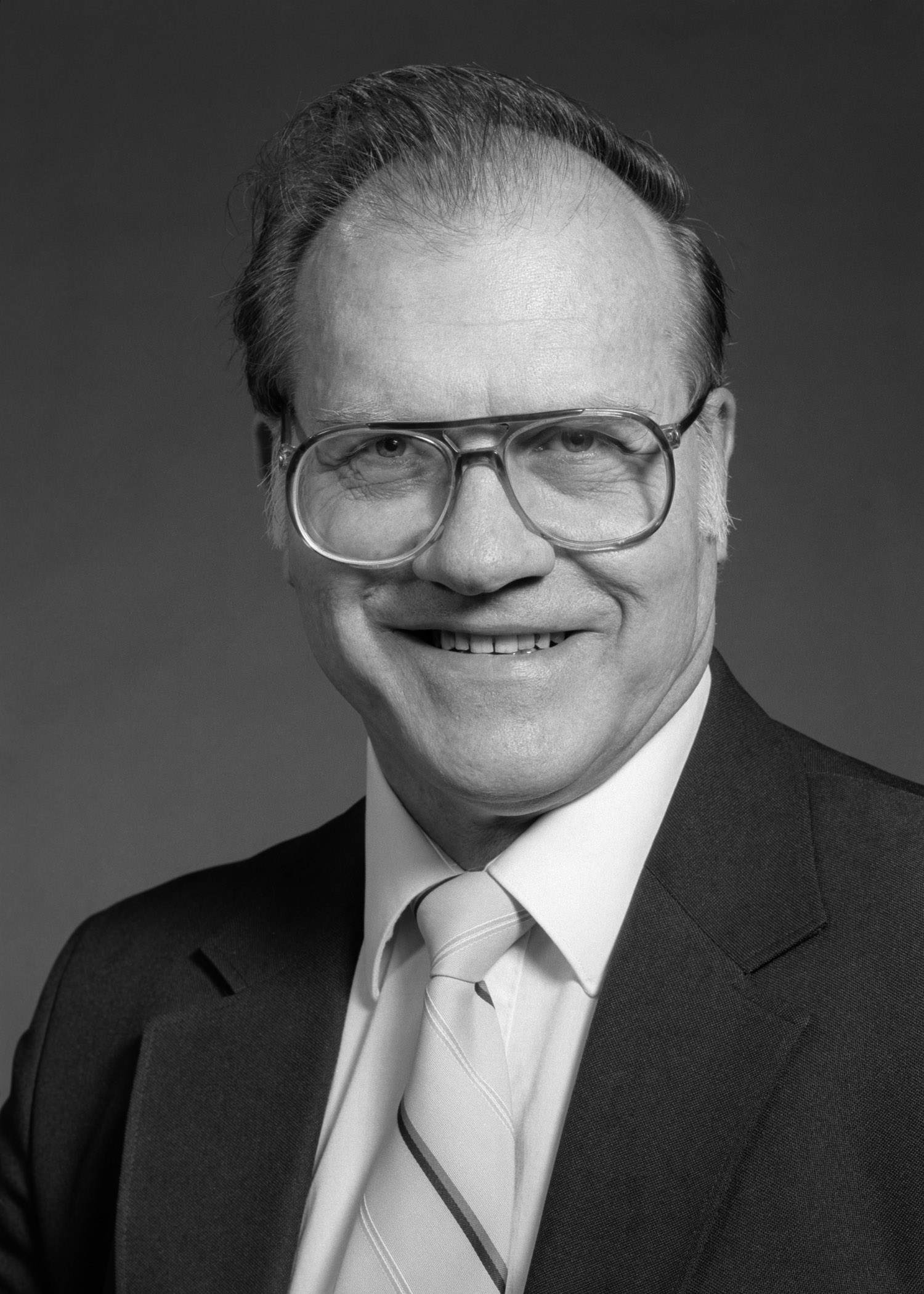 Albert Meier, a native of New Haven, Missouri, served three years in the armed forces in Korea (1951-1954) and used his GI assistance bill to earn his Bachelor of Arts in zoology from Washington University in St. Louis in 1956. He earned his Master’s (1959) and Ph.D. (1962) degrees from the University of Missouri and completed two postdoctoral fellowships at Wabash College and Washington State University. In 1964, he joined the LSU faculty as an assistant professor and rose through the academic ranks and was an Alumni Professor at the time of his retirement in 1994. A devoted teacher, he taught vertebrate physiology and endocrinology. He mentored 27 doctoral students and 45 master’s students, many of whom went on to become medical doctors or professors. Along with former student Dr. Anthony H. Cincotta, he formulated a drug that showed promising effects dealing with type 2 diabetes and lipogenesis. They founded the Ergo Science Corporation that successfully tested this drug (Cycloset) on human subjects. In 2009, Cycloset received FDA approval and in 2010 it became available as one of the leading treatments for type 2 diabetes.  Meier’s research focused particularly on biological rhythms—how these affect the physiological process—with emphasis on fish, birds, and mammalian reproductive activities. It was from this research that he co-founded Cyncron Corporation that is developing ways to increase reproductive output and decrease cholesterol and saturated fatty acid content in certain mammals and birds.  His research garnered national and international attention, including a NIH Research Career Developmental Award, publication of more than 150 papers in journals worldwide, and earning him LSU’s Distinguished Research Master Award in 1973. Meier holds 40 U.S. and foreign patents associated with avian and mammalian reproduction or treatment of obesity and diabetes. 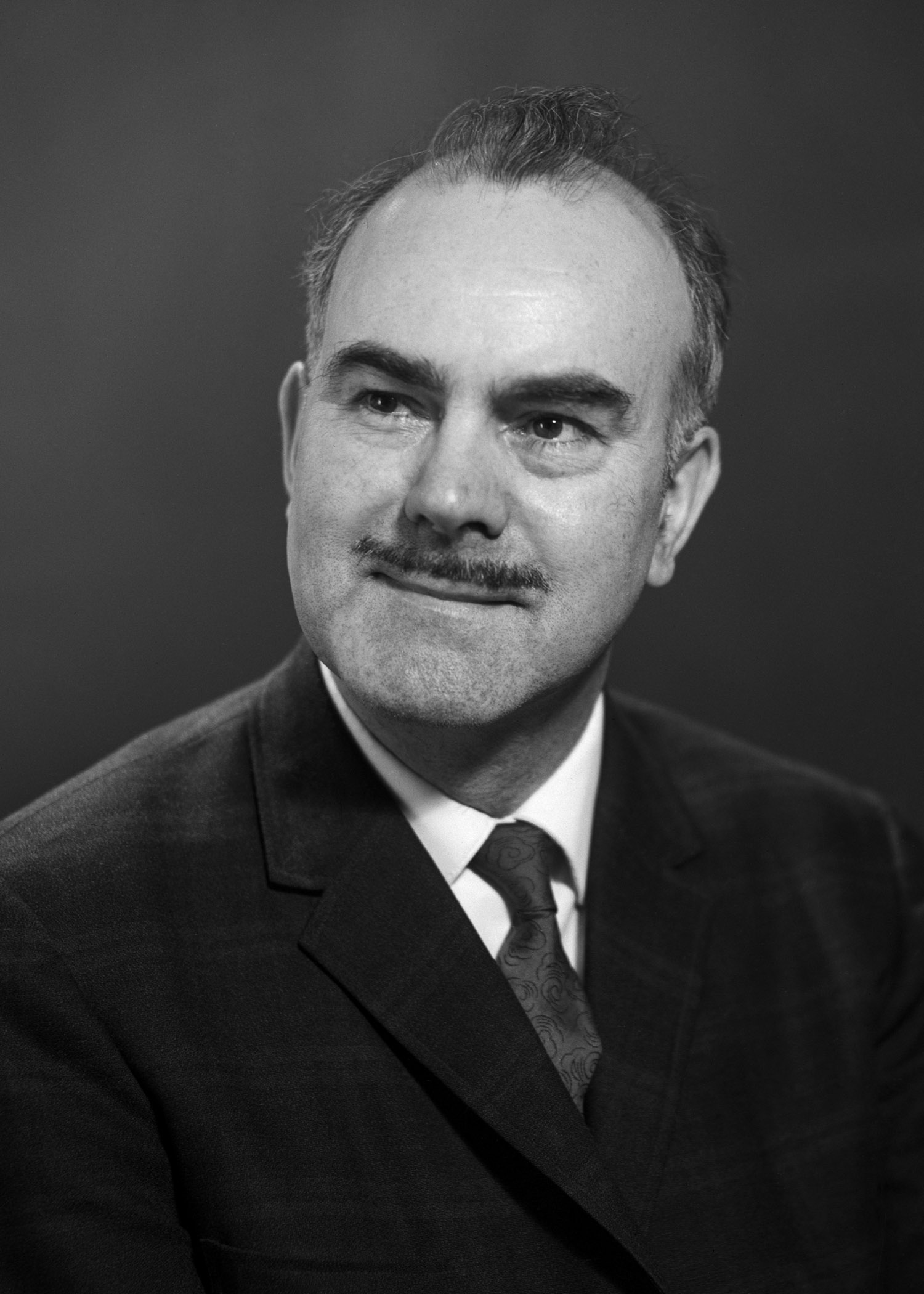 Jim Robinson, a native of Kidderminster, England, earned his Bachelor of Science (1949), Doctor of Philosophy (1952), and Doctor of Science (1978) in chemistry from the University of Birmingham, England. Robinson began his career with the British Civil Service as a senior scientific officer before immigrating to the United States in 1955, completing a one-year term as a research associate at LSU. From 1956 to 1964, he worked in research labs at both Esso and Ethyl, and in 1964 joined the Department of Chemistry as an associate professor. He became a full professor in 1966 and retired as professor emeritus in 1993. Robinson’s pioneering research in analytical chemistry and atomic spectroscopy led to the first comprehensive book, Atomic Absorption Spectroscopy, the development of a remote detection method for nerve gas used by the military, and was the first to demonstrate the use of laser induced fluorescence. He has published more than 200 peer-reviewed manuscripts and mentored 45 graduate students, many of whom have enjoyed notable careers. He was executive editor of Spectroscopy Letters, the Journal of Environmental Science and Health, the Handbook of Spectroscopy and the Practical Handbook of Spectroscopy.  He has been recognized as a Fellow of the Royal Chemical Society, selected for the American Institute of Chemistry’s Honor Scroll, a Guggenheim Fellowship, and received the Gold Medal Award of the New York Section of the Society of Applied Spectroscopy. Robinson has chaired national conferences in chemistry, been lecturing for organizations worldwide on analytical chemistry, environmental concerns, world energy crisis, and acid rain. Since his “retirement,” Robinson has actively continued research on characterization of human atherosclerotic plaque, one of the factors known to contribute to heart disease. 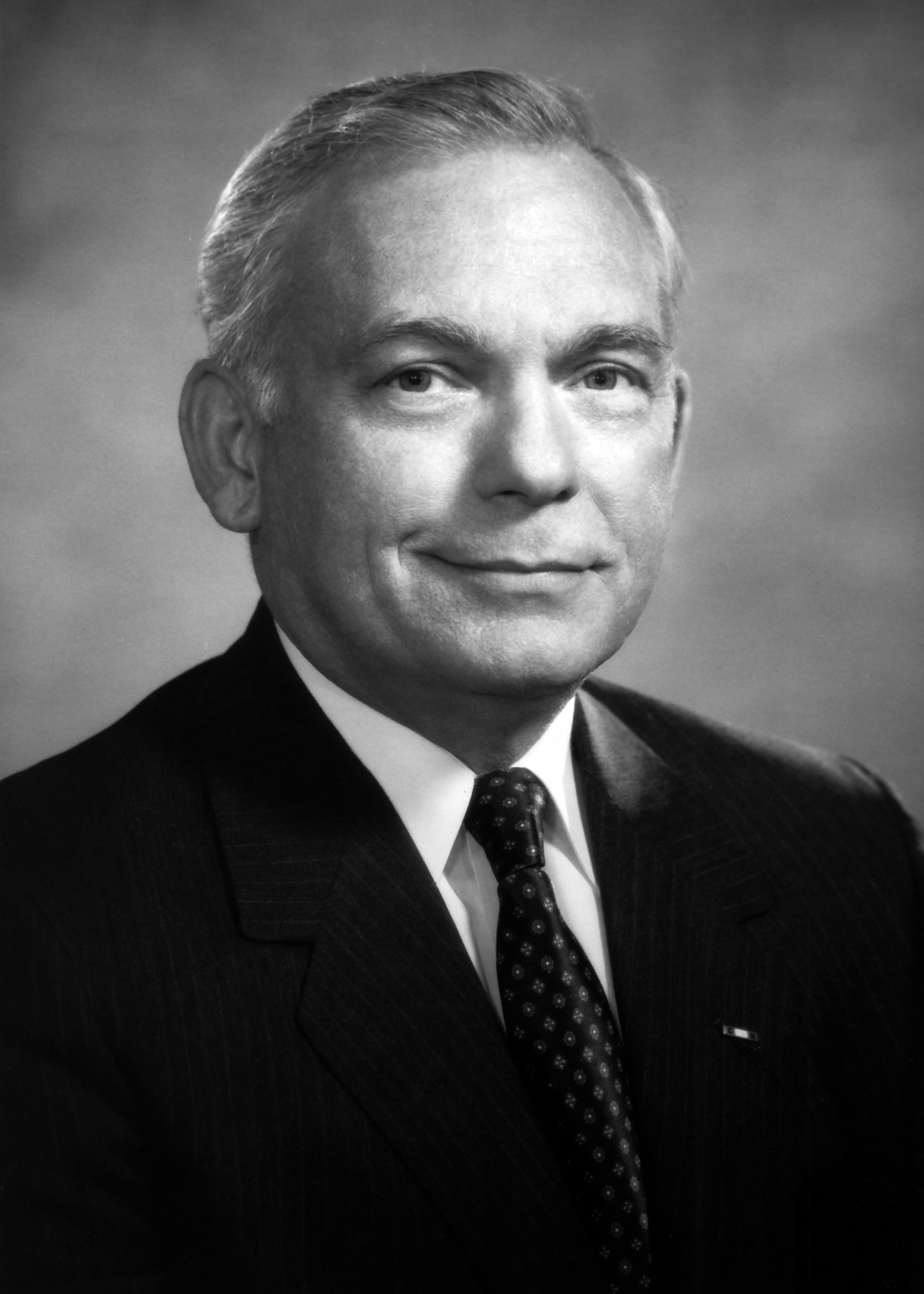 Jasper Welch, a native of Baton Rouge, earned his bachelor's degree in physics from LSU in 1952 and was commissioned a 2nd Lieutenant in the U.S. Air Force. He earned his master's (1954) and doctoral (1958) degrees in physics from the University of California-Berkeley under Nobel laureate Luis Alvarez. Welch’s distinguished career with the armed forces began with the Special Weapons program New Mexico, followed by a short tour at the Special Weapons Center at Kirtland Air Force Base. At Livermore Laboratory he lead an experimental nuclear weapon design team. He later returned to the Special Weapons Center as chief of the Theoretical Physics Branch and scientific advisor to the director of research. In 1963, he moved to the Headquarters Air Force Systems Command at Andrews Air Force Base, and then in 1965 to Air Force Systems Command in Los Angeles. In 1968, he entered the Industrial College of the Armed Forces at Ft. McNair in Washington, and upon graduation in 1969, became chief military analyst for the assistant chief of staff for studies and analysis. In this role he began consulting with private industry, about matters including the peaceful use of nuclear energy for the production of petroleum, politico-military work for government agencies including the NASA Advisory Council, and served as an advisor for both Presidents Nixon and Carter.  Welch was promoted to Major General in 1976. He was appointed defense policy coordinator for the National Security Council in 1979, and named deputy chief of staff for research, development, and acquisition at Air Force headquarters in Washington from 1981 until his retirement in 1983. He was a key contributor to the development of the military’s strategic defense initiatives in the post-Sputnik era, including being the first person to brief the newly formed Defense Advanced Research Projects Agency (DARPA).