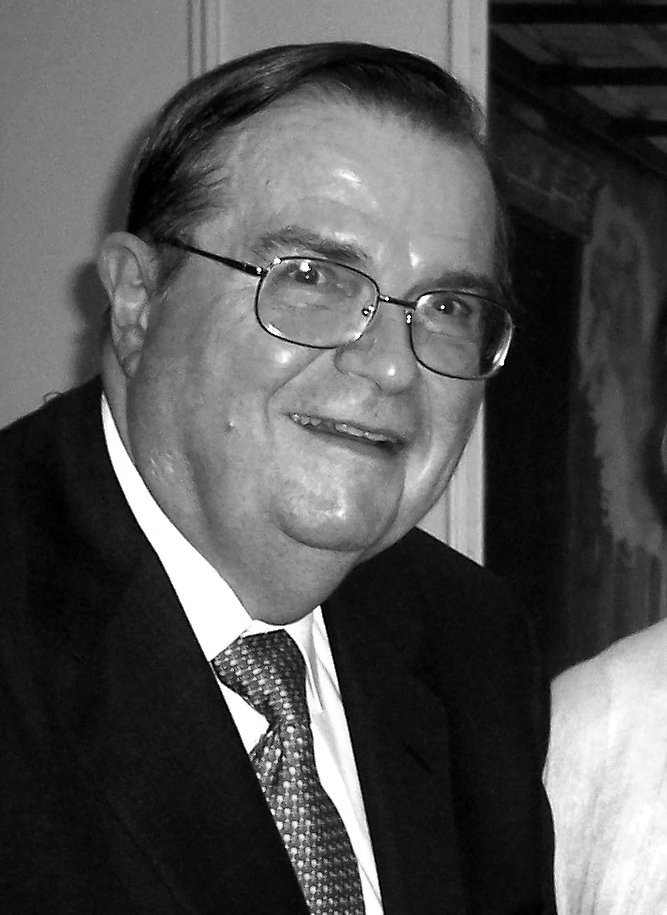 Byrd M. Ball grew up in Baton Rouge and graduated from Baton Rouge High School. He received his bachelor's degree in physics from LSU in 1961. During his time at LSU, he was a member of the ROTC cadets as well as the campus leadership society Omicron Delta Kappa. He spent the year following graduation at Yale University as a Rockefeller Trial Year Fellow. He became director of business planning at IBM in 1984 and in four years went from planning for one division to doing so for the entire IBM US field sales force. In 1988, he became general manager and built the Customer Education Business Unit into a $100 million enterprise. His success led to his promotion to vice president of business development in 1992. In 1993, he retired from IBM to begin his own management and consulting firm, now serving as president and CEO of Ball Family Parners. The firm provides strategic planning and executive coaching to entrepreneurs starting their own businesses. He is active in the community as a board member for the Justice Center of Atlanta, which is dedicated to the training and practice of mediation and conflict resolution. Together with his wife Alice, he has served on the Host Committee for Chris Kids and are benefactors for Alice’s alma mater, Randolph College, where they have created an endowed chair in Asian Studies. In 1998, they initiated the Ball Family Distinguished Professorship and have recently commited to a second distinguished professorship in physics. A devoted advocate for LSU, he served six years on the Basic Sciences Development Council (1992-1998) and the LSU Campaign Leadership team (1999-2001). He and Alice are members of the LSU Foundation’s Laureate Society at the George Mason level. 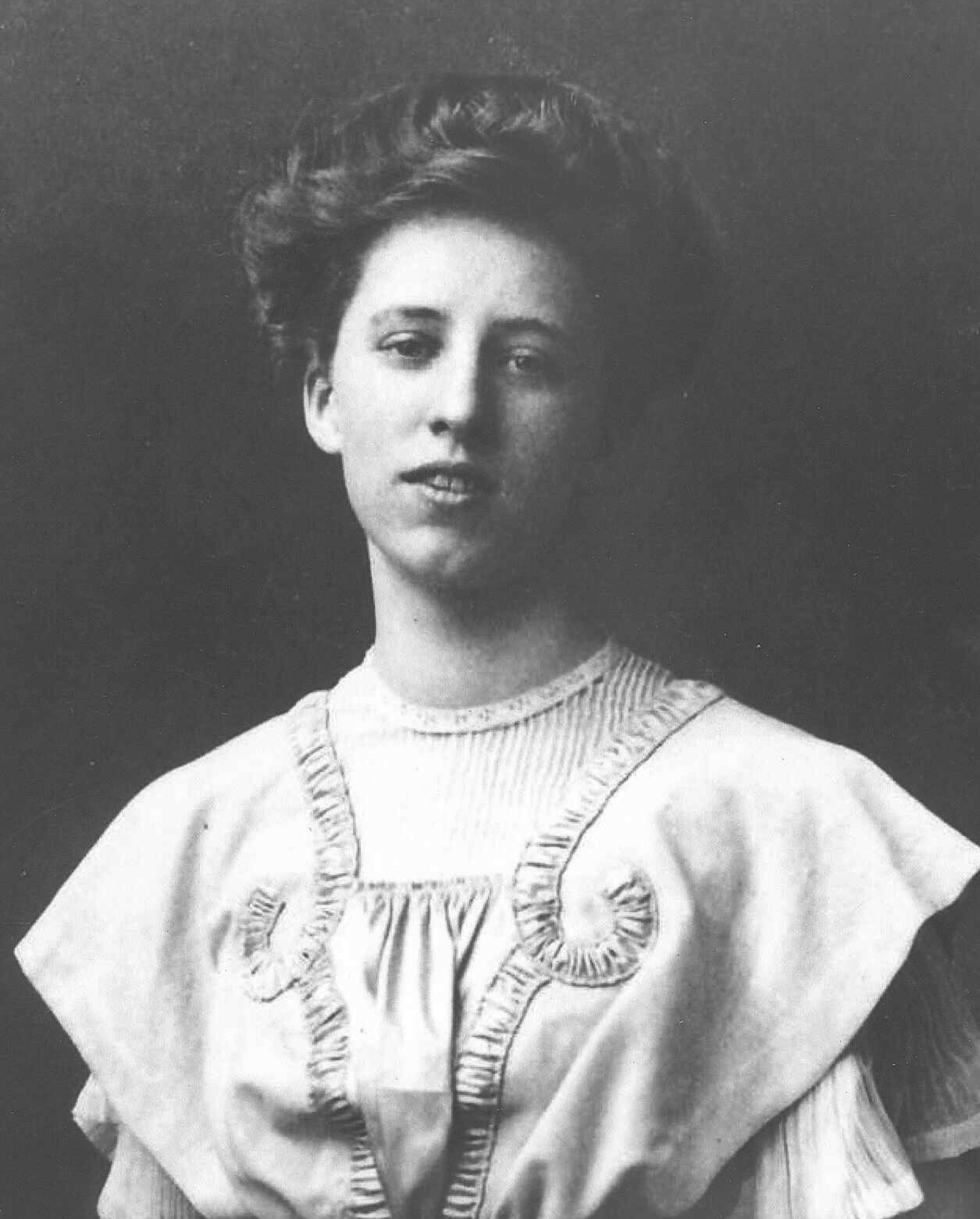 Ellinor H. Behre (1886-1982) was a true pioneer for women as a scientist, researcher, and educator. A native of Atlanta, she received her bachelor of science at Radcliffe College and her PhD at the University of Chicago. She was the first woman to undertake an expedition across Central America accompanied by five native guides for collection of fish for the national museum. In 1908, she founded and administered an experimental school for children in Atlanta for four years. She joined the LSU faculty in the Department of Zoology in 1920 as the first zoologist on the faculty to hold a PhD. She was also the first biology faculty member in the entire state to hold a PhD. She established the University’s first marine biology laboratory on the Gulf Coast, was a charter member of the Louisiana Academy of Sciences, and was a founding member of the LSU Chapter of Sigma Xi. She specialized in the area of ichthyology, working at various times for the US Bureau of Fisheries in North Carolina, the Marine Biological Laboratory at Woods Hole, Massachusetts, and the Carnegie Institute of Embryology in Pittsburgh. She had a long association with the Society of Ichthyologists and Herpetologists and was vice president of the society for a time. After her retirement from LSU in 1957, she continued lecturing and mentoring high school students in Black Mountain, North Carolina, offering summer sessions teaching freshwater biology. Colleagues have stated that perhaps her greatest contribution was the broadening of horizons of young people, especially young women in science, encouraging them to live up to their potential and to be independent in their thinking. She is a highly respected and well-remembered mentor of two generations of LSU graduates. 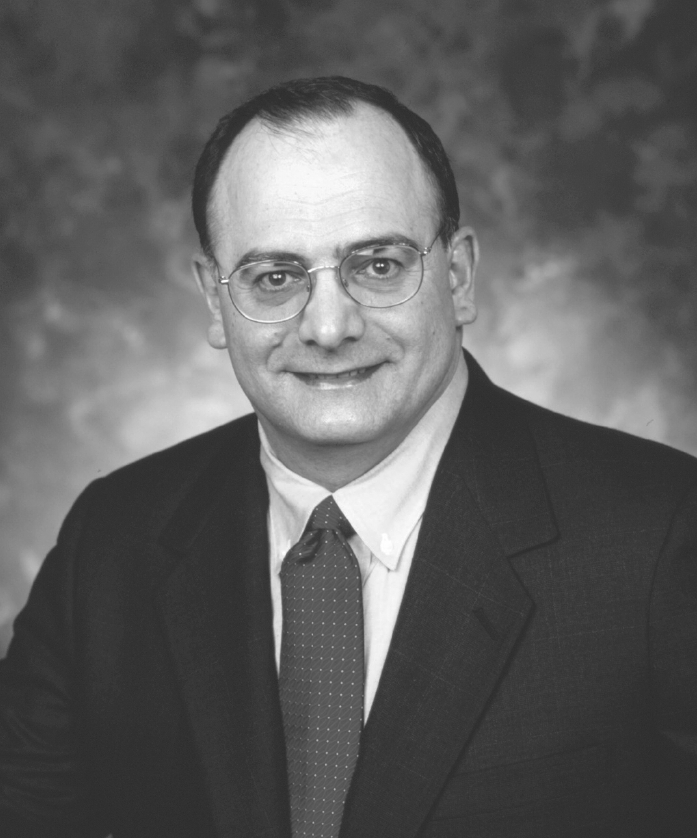 Clarence P. Cazalot Jr., a native of New Orleans, earned a bachelor of science in geology from LSU in 1972. He began his career as a geophysicist with Texaco and accelerated through the ranks holding the positions of general manager of the frontier explorations in 1987 and vice president of Texaco and president of its Latin America/West Africa Division in 1992. In 1994, he became president of Texaco Exploration and Production ultimately leading to his becoming president of Texaco Worldwide Operations. In 2000, he left Texaco to become Vice Chairman of USX and President of Marathon Oil. In 2002, he was named president and CEO of Marathon Oil. He is the only CEO of a Fortune 50 company that is a graduate from any school in the Southeastern Conference. He serves on the boards of Baker Hughes, the US-Saudi Arabian Business Council, the American Petroleum Institute, and the National Association of Manufacturers. His community affairs involvement includes serving as president of Spindletop Charities Inc., trustee of the United Way of the Gulf Coast, and director of the Boy Scouts of America. His support of LSU has resulted in several new academic initiatives: to prepare students for careers in the petroleum industry, to promote diversity in the geosciences, and to enhance the physical learning environment at LSU. He has devoted much time and effort to advising the College of Basic Sciences and Department of Geology & Geophysics. He served as one of the chief architects of the LSU Energy Initiative, the first campus-wide effort to chronicle and promote LSU’s academic, recruiting, and research credentials in areas critical to the energy industry. In 2005, he was inducted into the LSU Alumni Association Hall of Distinction, and he was awarded an honorary doctor of humane letters from LSU in 2007. 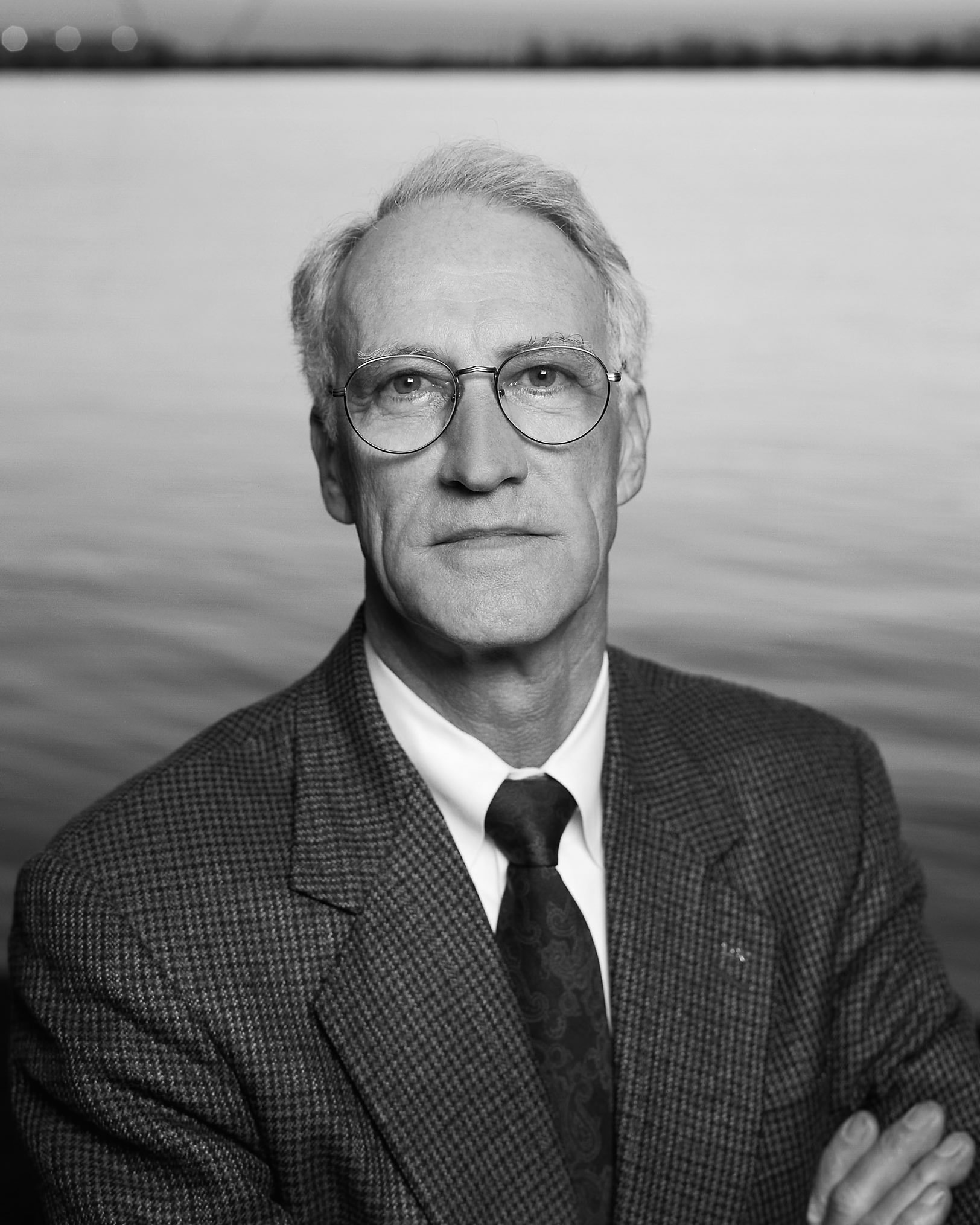 James M. Coleman, a native of Vinton, Louisiana, earned his bachelor of science in geology in 1958 and his doctorate in 1966. His career of more than 45 years is one of high scientific and administrative achievement. He is a world expert on deltaic sedimentation and riverine processes. He is LSU’s only member of the National Academy of Engineering (1980). As a graduate student, he began studying the Mississippi River delta in the 1960s, and with his background, extended his work through field research in Malaysia’s Klang River delta and Pakistan’s Ganges-Brahmaputra River system. He directed an investigation of worldwide delta variability funded by the Office of Naval Research and served as co-chief scientist on the 1988 Deep Sea Drilling Project, Leg 90 in the Gulf of Mexico. This project ultimately led to greater exploration by petroleum companies for oil and gas in deep water fan deposits. After his promotion to full professor in 1975, he accepted his first administrative post: director for the Coastal Studies Institute. From 1985-1989, he served as chair of the Department of Geology & Geophysics and head of the School of Geosciences. From 1989 to 1997, he served as executive vice chancellor. In 1998, he retired and returned to the Coastal Studies Institute as a Boyd Professor, LSU’s highest academic rank. He has earned many awards and prestigious honors during his career, including the Shepard Medal for Excellence in Marine Geology, the Outstanding Educator Award from the Gulf Coast Association of Geological Societies, the Russian Kapitsa Gold Medal of Honor for contributions to petroleum sciences, and was elected to the Russian Academy of Natural Sciences. In 2000, he was appointed by President Bush to the US Commission on Ocean Policy and has served on the Governor’s Commission on Coastal Restoration and Conservation. 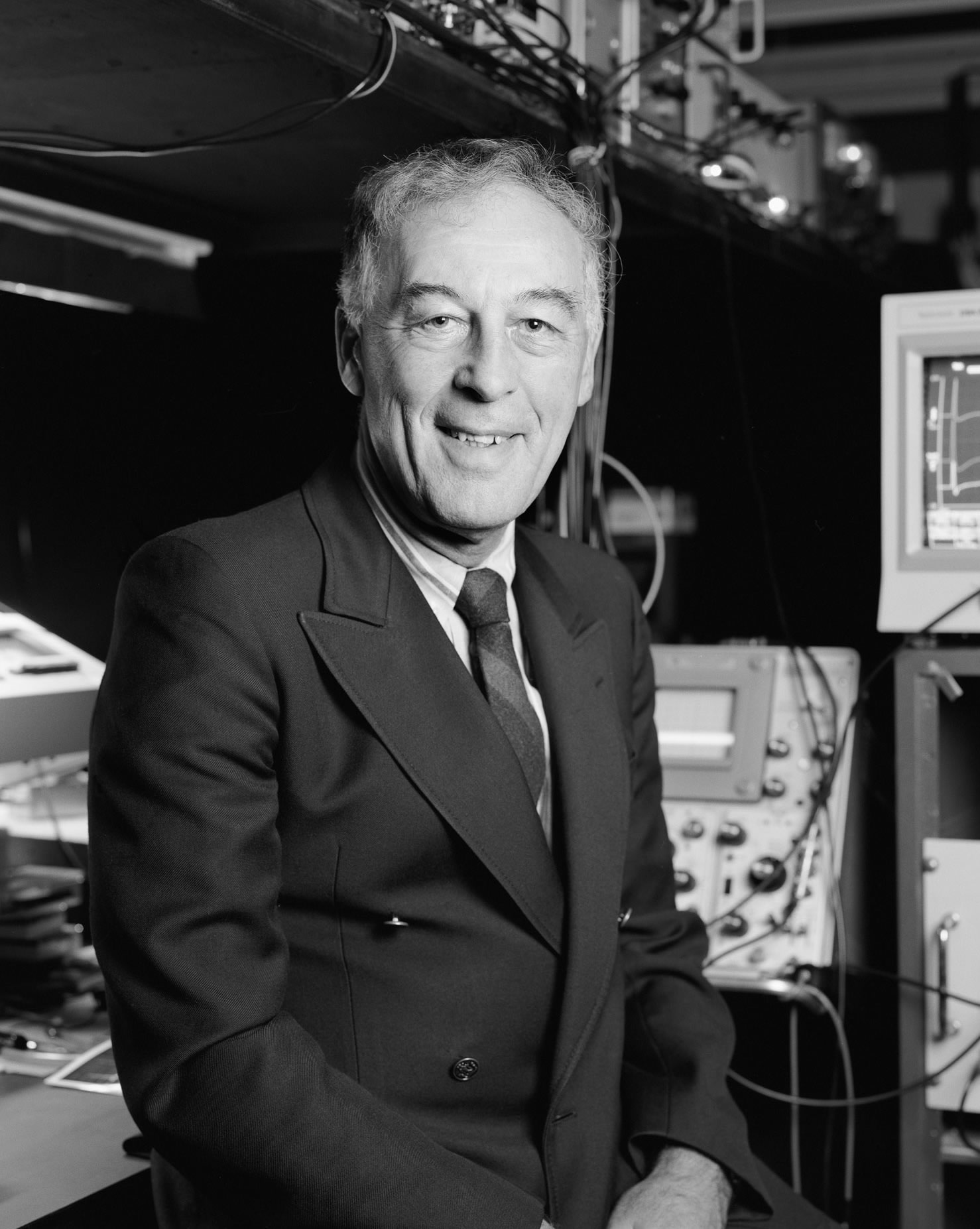 Sean P. McGlynn, a native of Dungloe, Ireland, earned his bachelor of science degree in chemistry and master of science degree in biochemistry from the National University of Ireland in 1951 and 1952. He earned his doctorate degree in chemistry at Florida State University in 1956 and joined the LSU faculty as an assistant professor of chemistry in 1957. He was named Boyd Professor in 1968, LSU’s highest academic rank. A noted teacher and mentor, he is a prolific author and highly-requested speaker in a broad range of fields including chemistry, physics, and radiation biology. His career reached far beyond his research and teaching into administration. He was named dean of the Graduate School for a one year term from 1981-82. In 1981, he was also named Vice Chancellor for Research. It was in this role that McGlynn left his indelible mark on the university. Through his efforts, LSU achieved the Carnegie Foundation’s Research I University ranking, placing it in the top 70 institutions in the nation. He is credited with dramatically enhancing research productivity and funding in the science, technology, engineering, and math (STEM) disciplines. His contributions also led to the acquisition of $25 million in federal funding for the synchrotron facility (CAMD), the restructuring of the LSU museum complex, creation of the Center for Energy Studies, development of the proposal for the endowed chairs as part of the 8g trust fund, and to the creation of the Boyd Professor Research Fund. He co-authored the eight documents entitled “Quality Thrust Initiative” which ultimately saw the creation of research clusters across the campus in areas such as biotechnology, coastal and environmental sciences, physical sciences, and computer and information sciences. Although he retired in 1998, he continues his research, writing, and service within the Department of Chemistry. 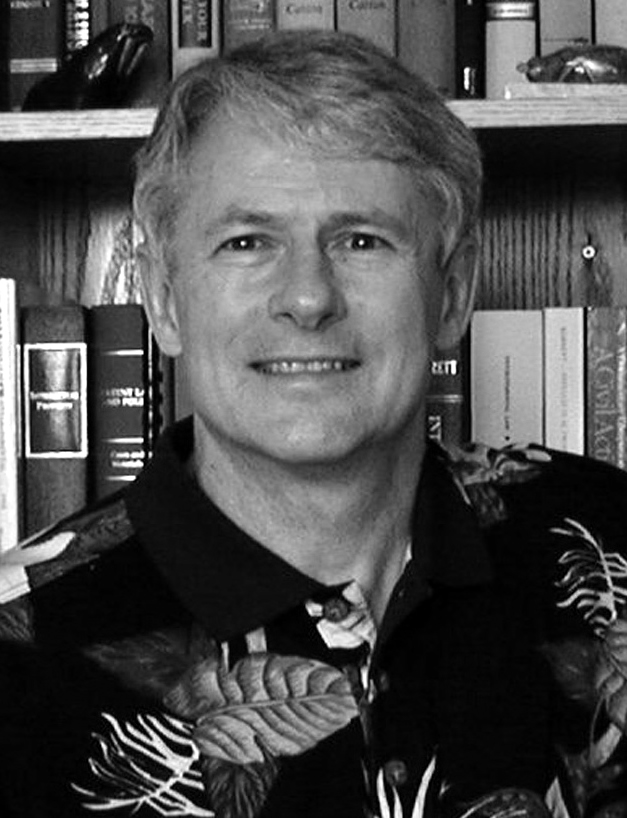 Dale Poulter, a native of Monroe, Louisiana, earned his bachelor of science in chemistry from LSU in 1964. He earned his doctorate degree from the University of California at Berkeley in 1967. He was awarded both pre- and post-doctoral fellowships from the National Institute of Health (NIH), earned a Career Development Award, and was named an Alfred P. Sloan Fellow and a David P. Gardner Faculty Fellow. He completed his two year postdoctoral fellowship at UCLA. He joined the faculty as a bioorganic chemist at the University of Utah in 1969, became a Full Professor in 1978, and in 1994 was named the John A. Widtsoe Distinguished Professor of Chemistry. He also holds the title Distinguished Professor of Chemistry and served as chair of the Department of Chemistry from 1995 to 2000. In 2009, he was elected to the National Academy of Science. He is a Fellow of the American Association for the Advancement of Science, a Fellow of the American Academy of Arts & Sciences, a former Chair of the Biological Division of the American Chemical Society (ACS), and member of several professional societies in biochemistry, microbiology, and molecular biology. He has served on committees in advisory roles for the National Science Foundation, NIH, and ACS. He has won three ACS awards, including the James Flack Norris Award in 2004. He is editor-in-chief of the journal Organic Chemistry. An entrepreneur, he has co-founded two companies, Acacia Biosciences, Inc. and Echelon Biosicences Inc. He has served as a consultant to no less than ten major biomedical, pharmaceutical, and food production companies since 1984. Since 1998, he has been an invited speaker at more than 115 symposia, professional meetings, and guest lectures at institutions around the world.