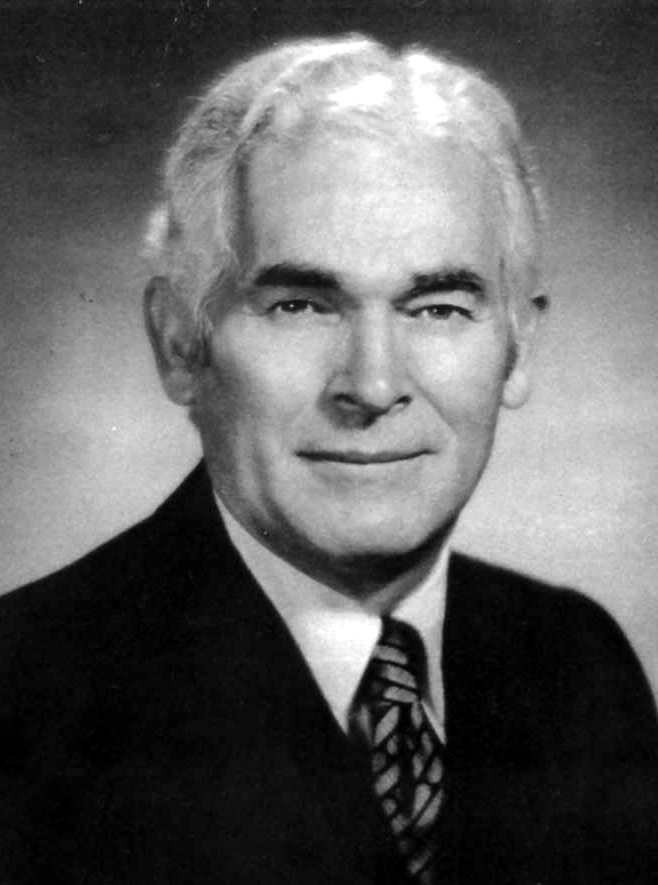 Charles L. Black, Sr., born in 1913 in Westlake, Louisiana, is recognized for his work as a physician and philanthropist in impoverished countries around the world, and for his leadership in the Louisiana medical community. Black received his medical degree from LSU Medical School in New Orleans in 1939. He did his internship in 1938-39 at Shreveport Charity Hospital. After graduating from medical school, he served three years in the U.S. Army Medical Corps during World War II, spending most of that time in the South Pacific before his discharge in 1945 with the rank of Major. After the war, he practiced General Surgery in Shreveport until his retirement from active medical practice in 1989. He continued to work overseas in mission hospitals from 1990 until his 90th birthday in 2003. During that period, he made over 53 overseas trips to places such as Nigeria, Ghana, Kenya, Mongolia, India, Thailand, and Brazil. In his own community, he served as the president of the Shreveport Medical Society, the United Way, and the American Cancer Society, as well as on committees for the Louisiana State Medical Society and American Medical Association (AMA). He was Vice Chairman of the committee that developed the LSU Medical School in Shreveport. He has been a member of the American Board of Surgery since 1947. Among his many awards and recognitions, he was the first recipient of “The Dr. Charles Black Humanitarian Award” given by the Louisiana Chapter of the American College of Surgeons. Other honors include being named the Kiwanis Club Layman of the Year, Outstanding Volunteer by the Samaritan Counseling Center, the A.H. Robbins Community Service Award, and the Physicians Recognition Award from the AMA. 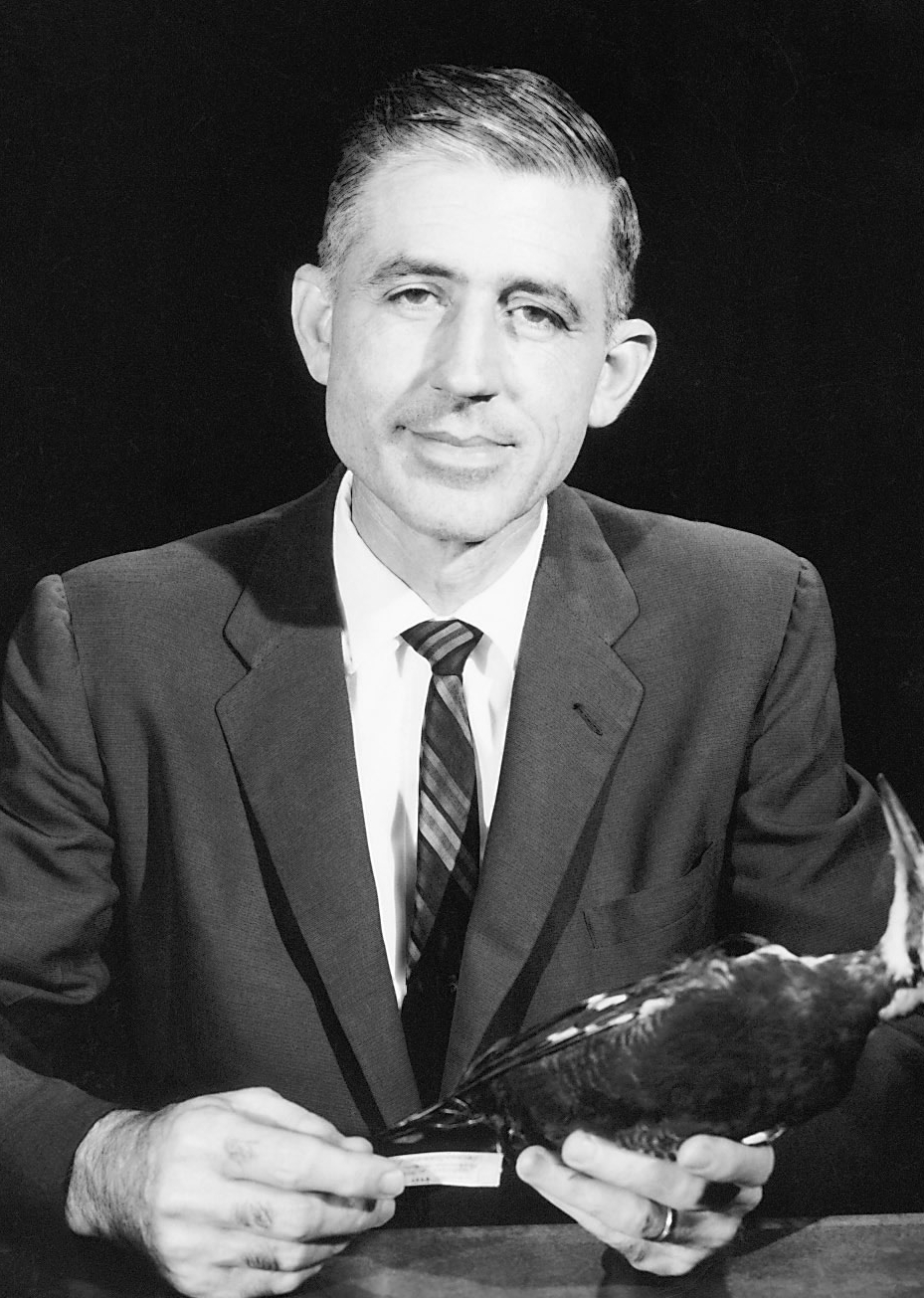 George H. Lowery Jr. (1913-1978), a native of Monroe, Louisiana, had a distinguished career that spanned four decades at LSU, achieving the rank of Boyd Professor of Zoology and serving as Director of the Museum of Natural Science. He received his bachelor and Master of Science degrees from LSU in 1934 and 1936. In 1936 he joined the LSU staff as an instructor in zoology and was appointed as the Assistant Curator of the Museum of Zoology. Lowery spent his entire professional career at LSU, taking 2 years leave to earn his Ph.D. from the University of Kansas in 1947. Through Lowery’s efforts, the LSU Museum of Zoology was expanded into the Museum of Natural Science, and he was made Director in 1951. The museum’s bird collection (169,000 specimens) is the fourth-largest university-based collection in the world. The museum’s holdings of birds from Peru, Bolivia, the West Indies, and the Southeastern U.S. is the largest in the world. He authored two well-received books and 75 publications in peer-reviewed journals. Throughout his career, Lowery was devoted to teaching ornithology and mammalogy. He served as a mentor for seventeen Ph.D. and forty M.S. degree students. Lowery was a prominent member of the Audubon Society of America. In 1956 he received the Brewster Award of the American Ornithologists’ Union for his quantitative studies of the nocturnal migration of birds. In 1965 he received the Outstanding Conservationist of the Year Award from the Outdoor Writers Association, and in 1975 the Louisiana Wildlife Federation named him Conservation Educator of the Year. His legacy continues through the successful careers of his many students and the modern LSU Museum of Natural Science. 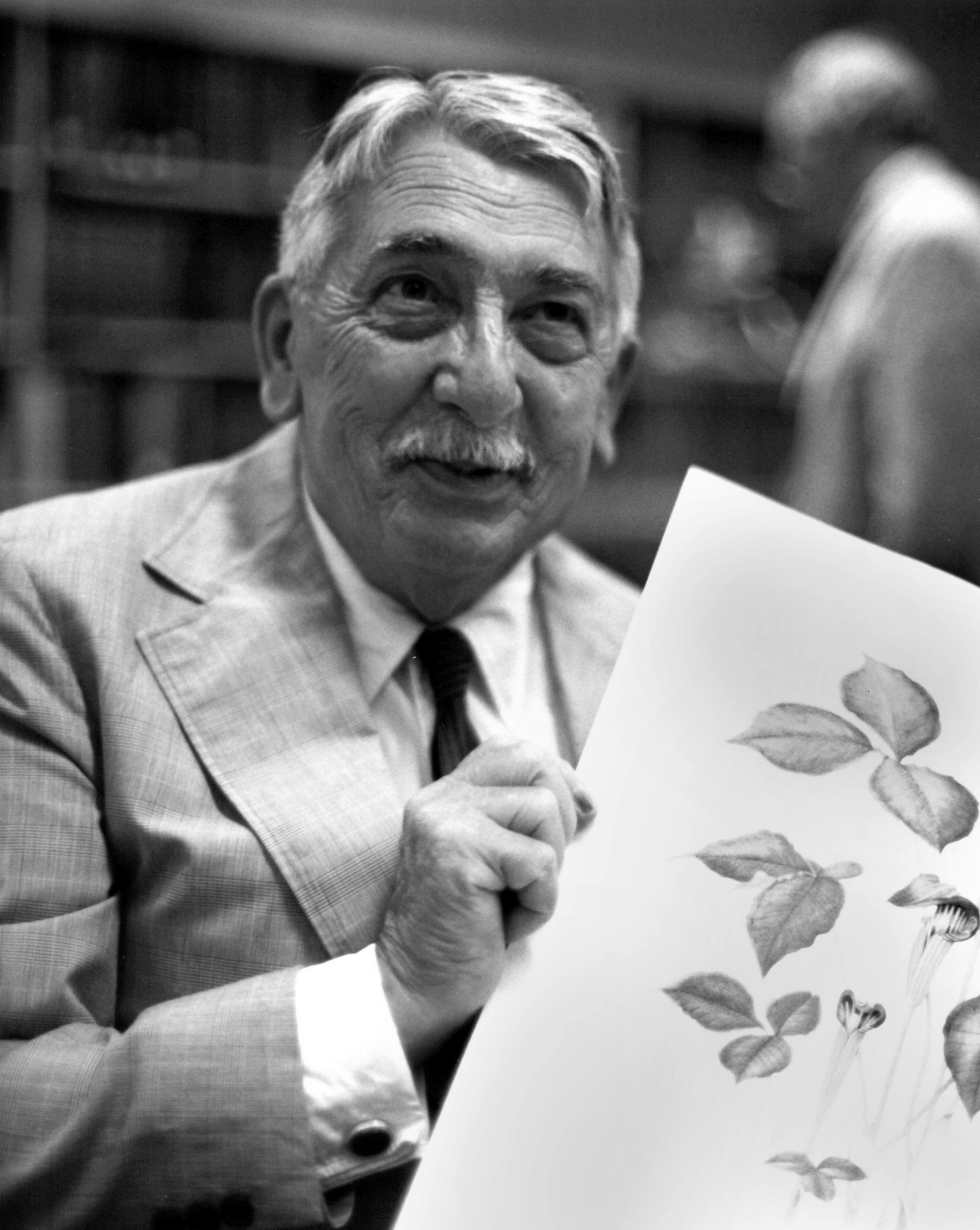 John S. “Jack” McIlhenny (1909-1997), a native of Washington, D.C., was trained in chemical engineering at the University of Virginia. He relocated to Baton Rouge and became a research chemist for the Standard Oil Company. McIlhenny was as passionate about conservation as his godfather, Teddy Roosevelt. He had a keen interest in wildlife ecology and conservation, and he supported the work of many research scientists and students, providing funding and equipment that enabled them to conduct important work both in the laboratory and the field. In 1971, he donated to the LSU Libraries the E.A. McIlhenny Natural History Collection, which was a substantial collection of illustrated works of natural history bequeathed to him by his uncle. McIlhenny continued to support and add to the collection throughout the years, developing it into an important resource for scholars in many fields. The collection includes many first edition volumes in natural history that span five centuries of natural science. It is considered the best of its kind in this region of the United States. McIlhenny was also integral to the development of the LSU Museum of Natural Science. Many of the LSU expeditions to Middle and South America were funded by his generosity. An opossum species from South America is named in his honor. The Four-eyed Opossum, Philander mcilhennyi, was discovered on one of the expeditions he funded. In addition to supporting research expeditions, McIlhenny created the John S. McIlhenny Professorship at the Museum of Natural Science. He also created the Coypu Foundation (coypu is the French word for nutria), an independent charitable organization that continues the legacy begun by McIlhenny through giving to higher education institutions and learning programs across the state. 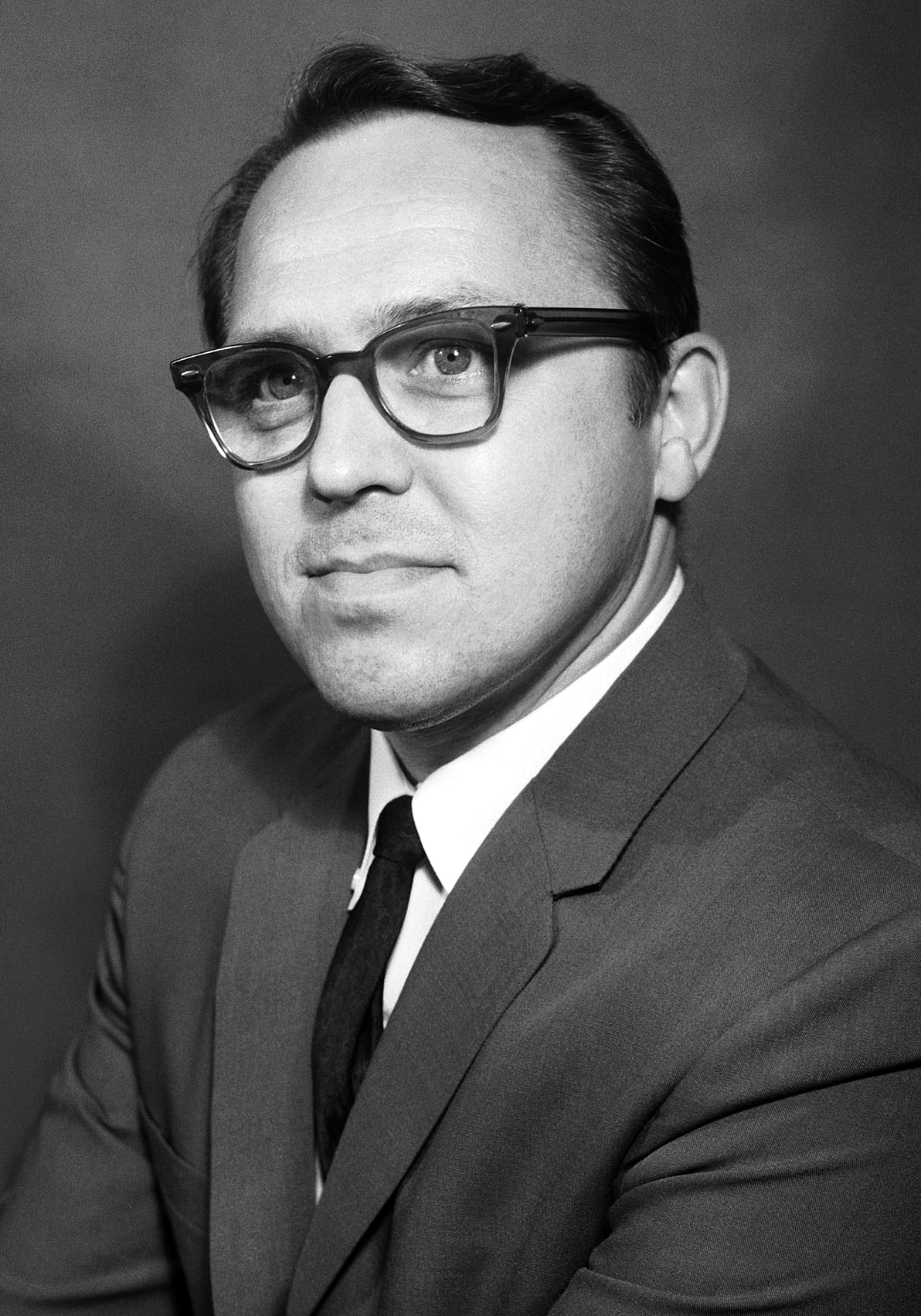 Robert V. Nauman (1923-2009), a native of East Stroudsburg, Pennsylvania, received his Bachelor of Science in chemistry in 1943 from Duke University and his Ph.D. from Berkeley in 1947. He worked as a research associate under Nobel Laureate Peter Debye at Cornell University before joining the LSU faculty in 1953 as an assistant professor of chemistry. Nauman lectured at high schools across Louisiana and colleges in the South, usually at his own expense, with a goal of increasing the number and quality of chemistry majors. Under his guidance, the graduate program in chemistry established an international reputation and doubled in size. He was a Fellow of the National Association for the Advancement of Science. He relocated his family in 1966 to Valparaiso, Chile, and served with distinction on the faculty of Federico Santa Maria University which earned him the titles Professor Distinguido, and ‘Don Robert Nauman’ from the Chilean government. One of Nauman’s most significant contributions to the College was his NSF Science Development Proposal (Centers of Excellence). It provided funds for chemistry, geology, mathematics, and physics over a five-year period. He worked to obtain financial support for graduate students through Fulbright Scholarships, NSF fellowships, teaching assistantships, and other sources of financial support. During his career, he served as major professor for thirty Ph.D. and seven M.S. degree students. In 1969, he received the Standard Oil of Indiana Award for Excellence in Teaching. His publication record includes 60 papers in the major journals of physical chemistry. Nauman was cofounder of the LSU Faculty Senate and wrote the initial by-laws for the organization. Few faculty members have made such an indelible impact on the College and the University. 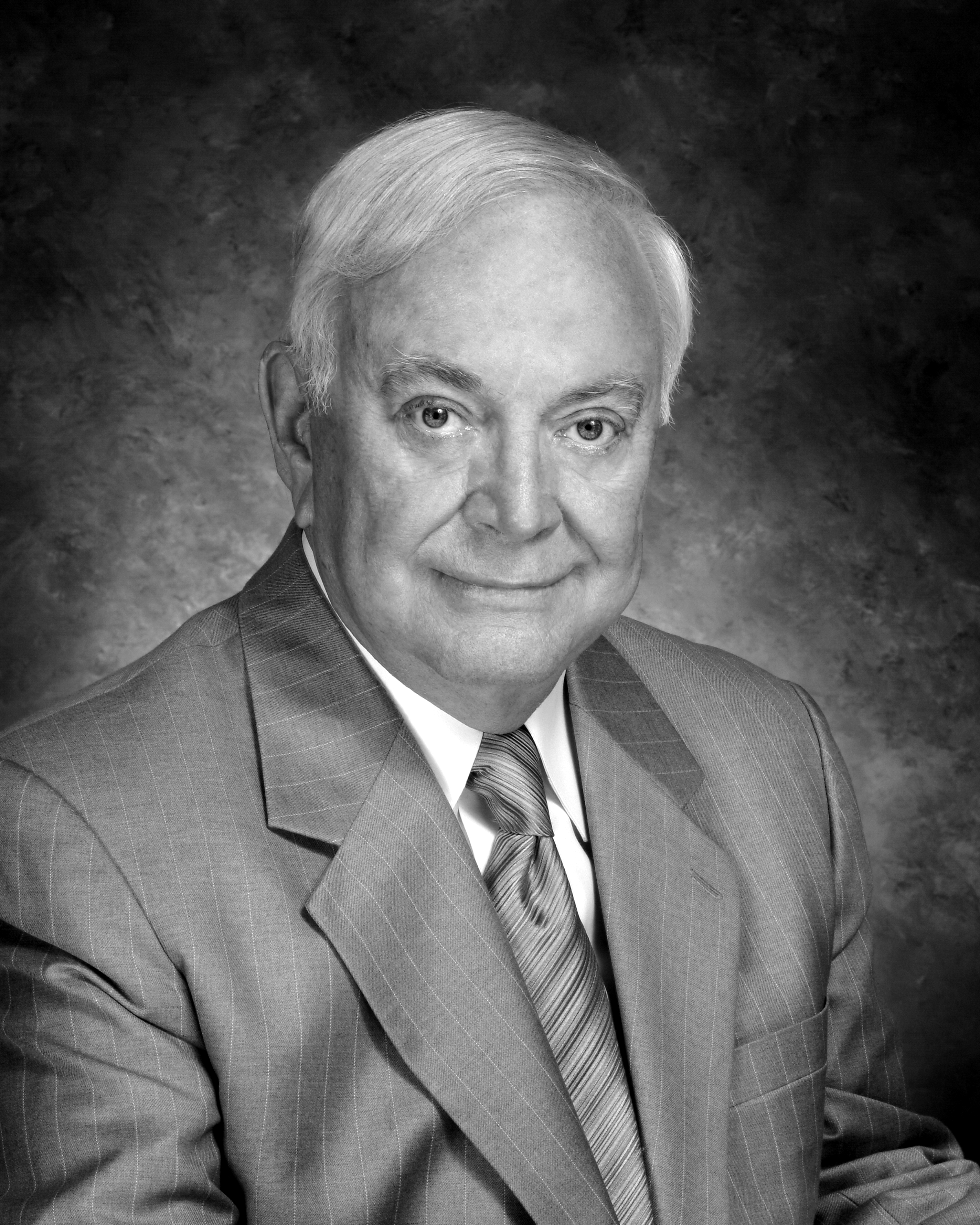 Charles M. Smith, born in 1930 in Bogalusa, Louisiana, earned his Bachelor of Science degree in Biological Sciences from LSU in 1951 and his medical degree from LSU Medical School in New Orleans in 1955. He served in the US Air Force from 1955-1957 as a flight surgeon in Europe. He opened his family medical practice in Sulphur, Louisiana in 1957, and later expanded the practice to include industrial medicine and chemical dependency. Throughout his career, he was considered by his colleagues and patients to be one of the best doctors in the region. Dr. Smith is respected not only for his skill as a practitioner, but for the kindness and care he gives to all his patients including regularly making house calls. He was elected Calcasieu Parish Coroner in 1975 and held this office more than 20 years. Inspired by his desire to improve patient care and cancer treatment within Louisiana, Smith established the first endowed chair in Medical Physics at LSU in November 2006. Through a partnership with the Mary Bird Perkins Cancer Center and matching funds from the Louisiana Board of Regents Support Fund, a $1 million chair was created in the Department of Physics & Astronomy. The Dr. Charles M. Smith Chair of Medical Physics played a role in the program achieving accreditation from the Commission on Accreditation of Medical Physics Educational Programs, Inc. Following the creation of the chair, the program became one of only eleven accredited graduate medical physics programs of its kind. Smith is a true philanthropist as evidenced by his generosity and many volunteer commitments over the years. He has been a consistent supporter of the College of Basic Sciences by serving on the Development Council and the Executive Committee, and is a charter member of the Dean’s Circle. He is a member of the LSU Foundation’s Laureate Society and is a new member of the LSU 1860 Society. He is a benefactor to the Methodist Home for Children in Sulphur, has served on the board of the Imperial Calcasieu Museum. One of his most notable characteristics is that Smith is a quiet philanthropist. He impacts individuals and organizations through acts of kindness and generosity and without recognition.