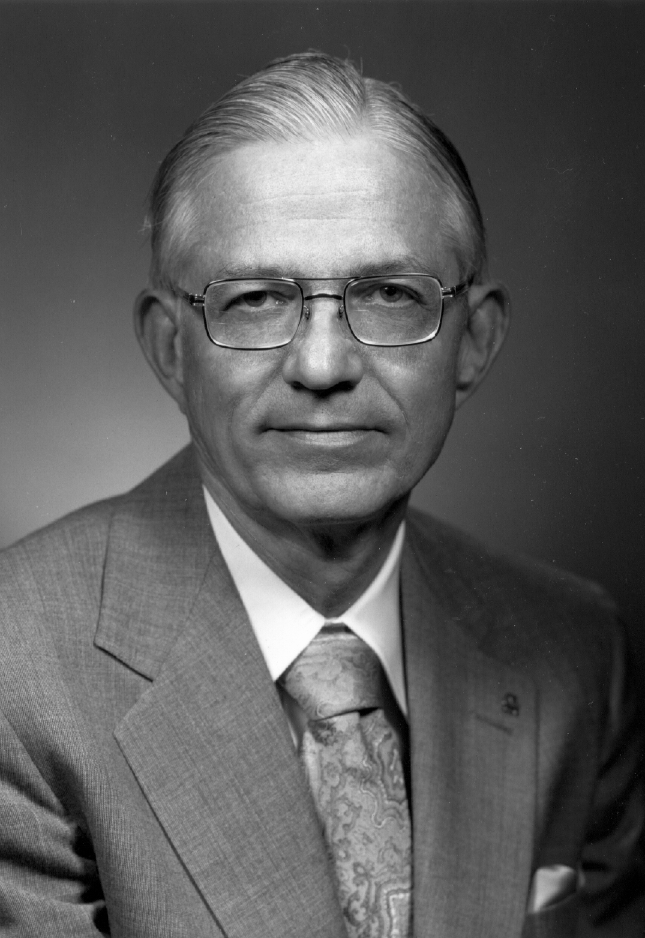 CHARLES H. BARRÉ was born August 8, 1922, in Mooringsport, Louisiana. He received his bachelor’s degree in industrial chemistry from Louisiana State University in 1943 and was a member of Lambda Chi Alpha. In 1946, he joined Marathon Oil Company in Texas City, Texas, and gained positions of increasing responsibility in Marathon’s operations in Munich, Germany, and Findlay, Ohio. In 1965, he attended Harvard University’s Advanced Management Program. At Marathon, he became vice president of refining in 1971 and was named director in 1977 until his retirement in 1984. He has served on the boards of many corporations and foundations including Director of the National Petroleum Refiners Association from 1972 to 1983 and Vice President from 1975 to 1978. Charles is an active member and former chair of the College of Basic Sciences Development Council. He has served as a member of the LSU Foundation and was awarded the LSU Foundation President’s Award for Lifetime Giving. He was inducted into the LSU Alumni Association’s Hall of Distinction in 1991, and was named the LSU Alumni Association Alumnus of the Year in 2004. He and his wife Mary have generously donated to various causes around the campus including the Lod Cook Alumni Center and Cook Conference Center and Hotel, the Andonie Museum. They have established the Charles and Mary Barré Alumni Professorship in Music and the Charles Barré Professorship in Chemistry.

FRANK W. HARRISON JR., was born in Bastrop, Louisiana in 1928. He received his bachelor’s degree from LSU in petroleum geology in 1950 and served in the U.S. Army from 1951 to 1953. He is a self-employed consulting geologist in oil and gas exploration. Frank has authored several publications on the petroleum geology of Louisiana. His professional affiliations include the American Association of Professional Geologists (AAPG), the American Geological Institute (AGI), serving as president for both organizations, the Gulf Coast Association of Geological Societies, Independent Petroleum Association of America, Society of Independent Professional Earth Scientists, and the Lafayette Geological Society. Frank is a long-serving member of the College of Basic Sciences Development Council, is co-chairman of the LSU Geology Field Camp Campaign, and established two professorships in geology in 1998. His numerous civic affiliations and commitments include relationships with Bank One, American Liberty Financial Corporation, the Lafayette General Medical Center, and the Chamber of Commerce. He joined the LSU Foundation in 1976 and has been on the board since 1987. He received the LSU Foundation President’s Award for Lifetime Support at the benefactor level. 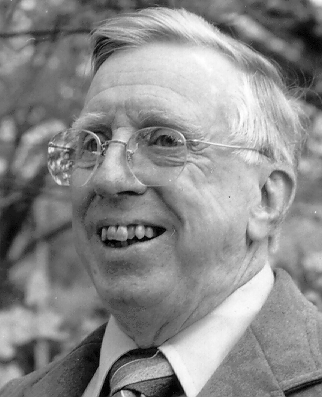 GEORGE C. KENT JR., was born on July 25, 1914, in Kingston, New York. He earned his bachelor’s degree from Maryville College in Tennessee in 1937, and his master’s and doctoral degrees in biology with a minor in anatomy from Vanderbilt University in 1942. He served as a research associate at Cornell’s Department of Histology and Embryology in 1941 and as an instructor of embryology at Vanderbilt during the summer of 1942 before accepting a position as a professor at LSU in the fall of 1942. He was chairman of the zoology department from 1959 to 1963 and was named an Alumni Professor in 1964. He retired as professor emeritus in 1979. His book, Comparative Anatomy of Vertebrates is now in its 9th edition. During his time at LSU, Kent became the veritable guru to be consulted for students wanting to attend medical school. He was chair of the Pre-medical and Pre-dental Committee from 1946 to 1979. During those 33 years, he provided large numbers of students with the benefit of his experience and guidance on the best course of study, which schools to apply to, and how to “put their best foot forward.” His course in Comparative Anatomy is legendary at LSU. Although he put a top priority on teaching, he never gave up his own research program and he continued to publish long after his retirement. 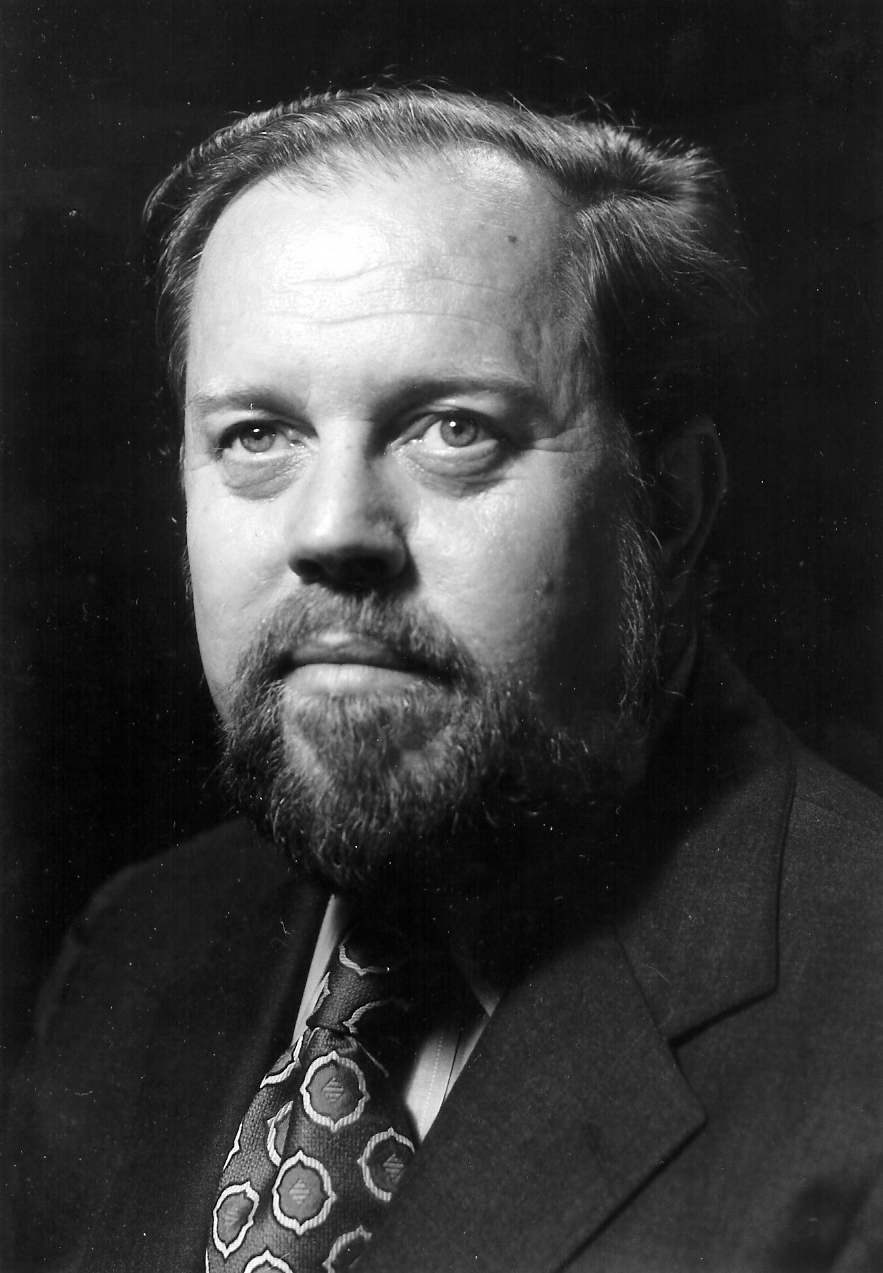 JOSEPH M. REYNOLDS was born in Woodlawn, Tennessee in 1924. He earned a degree in physics at Vanderbilt University in 1946, and received a doctorate in physics from Yale University in 1950. Reynolds served at LSU as a professor of physics until 1985. He served in this capacity for three years, then worked progressively up the administrative ladder to the position of Vice President for Academic Affairs. He retired in 1985. His research interests included low temperature physics, gravitational waves, and superconductors. His recognitions and honors included a Guggenheim Fellowship as a physics professor at the University of Leiden, the Netherlands, from 1958 to 1959; membership in Phi Kappa Phi and Omicron Delta Kappa; a post as a visiting scholar at Stanford University from 1969 to 1970; his appointment as a Boyd Professor, LSU’s highest faculty honor in 1965; and two consecutive presidential appointments to the National Science Board from 1968 to 1976. Dr. Reynolds passed away in 1997.