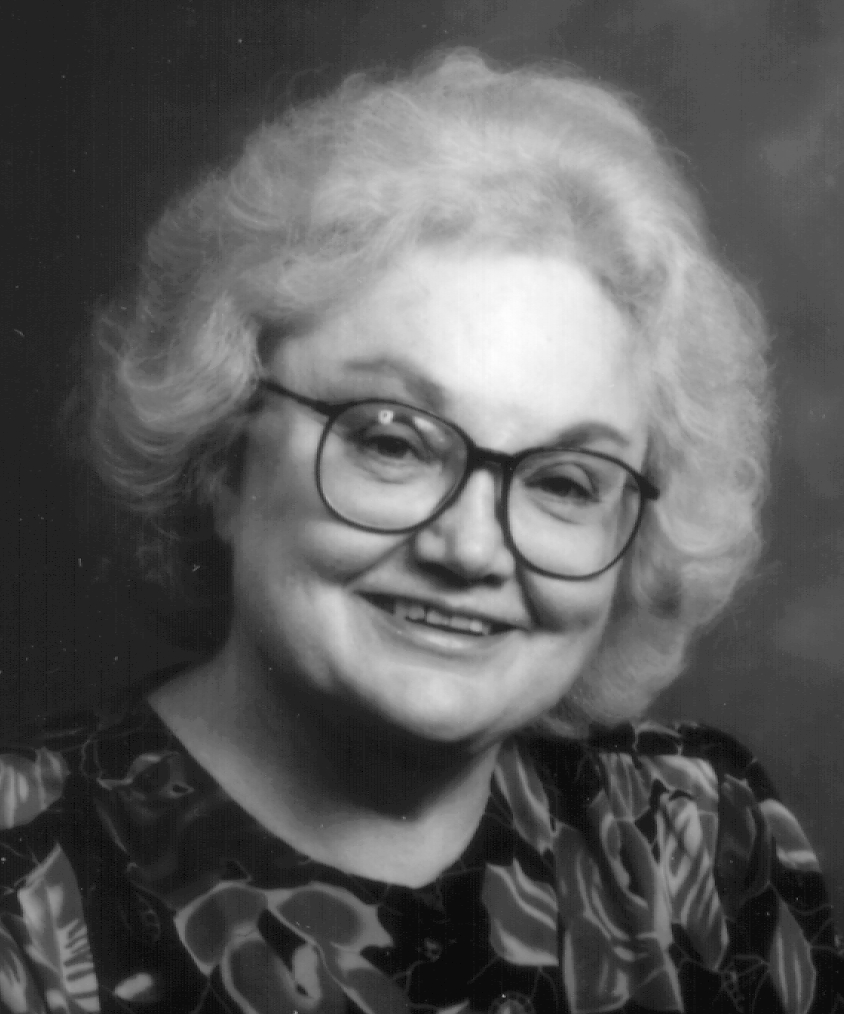 MARY LOU APPLEWHITE graduated from LSU in 1951 and the LSU Medical School (N.O.) in 1955. She completed internships and residencies in dermatology and pathology at Charity Hospital. After teaching at Emory University School of Medicine from 1962-1965, she returned to Louisiana and joined the staff of the Ochsner Clinic and Ochsner Foundation Hospital. In 1971, she established a private practice, which she has maintained to the present. A member of Phi Kappa Phi and Omicron Delta Kappa, she has published in many areas including infectious diseases, skin cancer, and skin diseases of the elderly. She was the first female president of the Louisiana Dermatology Association in 1979. A member of both the LSU Foundation and the LSU Alumni Association since 1988, she served on the Board of Directors of the Alumni Association for eight years, was its president in 1992, and was inducted into the LSU Alumni Association Hall of Distinction in 1993. A charter member and former chair of the College of Basic Sciences Development Council, she established multiple Mary Lou Applewhite Endowed Professorships in biological sciences and George C. Kent Multiple Professorships in zoology. She was awarded the College of Basic Sciences Service Award in 1993, and was named LSU Alumna of the Year in 1999. In 2003, Dr. Applewhite became a charter member of LSU’s 1860 Society.

PURNELL W. CHOPPIN is emeritus President of the Howard Hughes Medical Institute (HHMI), a medical research organization that is among the largest philanthropies in the world. He received his medical degree from the Louisiana State University School of Medicine in 1953. During his tenure as President of HHMI from 1987 through 1999, its programs were greatly expanded and strengthened: the number of HHMI investigators increased from 96 to 330; the number of host institutions from 19 to 71; and a major grants program was established to further science education at all levels and provide support for international biomedical research. Prior to joining HHMI as Vice President and Chief Scientific Officer in 1985, Dr. Choppin was Leon Hess Professor of Virology, Vice President for academic programs, and Dean of graduate studies at The Rockefeller University. Dr. Choppin is a member of many scientific and professional societies, including the National Academy of Sciences, the Institute of Medicine, and the American Philosophical Society. Since his retirement from HHMI, he advises medical research organizations, foundations, and other philanthropic endeavors. 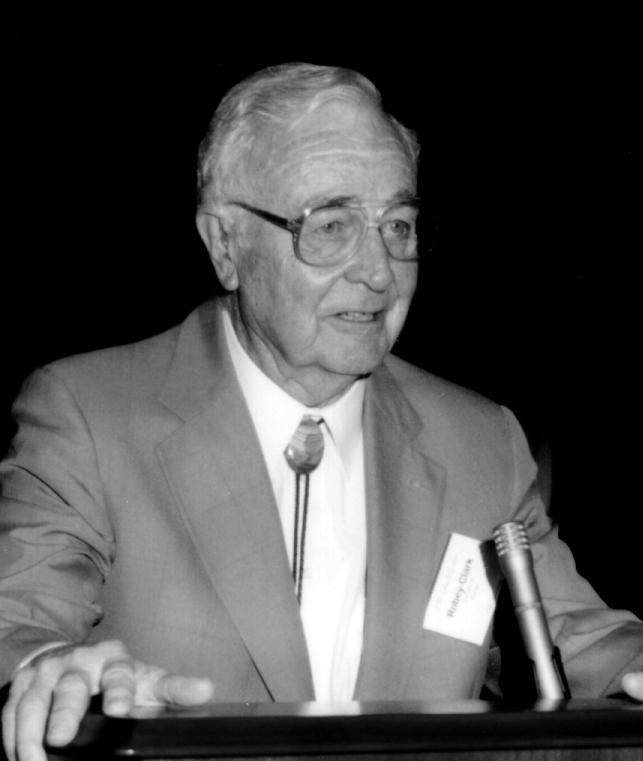 ROBEY CLARK received his degree in geology from LSU in 1943. After graduating from LSU, he served as an officer in the US Navy during WWII. He received his MS degree from the University of Wisconsin. He worked as a geologist for Magnolia and Mobil before becoming Vice President for Exploration and Production for Diamond Shamrock in 1971. During his career, he has published many papers on the petroleum geology of the deltas of Louisiana and the Anadarko Basin of western Oklahoma. Now retired, but far from inactive, he is a 50 plus year member of the American Association of Petroleum Geologists, is one of only 3 LSU alums to serve as president of that organization, is a member of the AAPG House of Delegates, and is a Trustee of the AAPG Foundation. He was recently bestowed Honorary Membership in AAPG for his distinguished service and devotion to the science and profession of petroleum geology. In 1998, he established the Robey H. Clark Professorship in Geology and is a major contributor to the H. V. Howe Professorship in Geology. He is a charter member of the LSU Geology Endowment and is a member of the College of Basic Sciences Development Council. 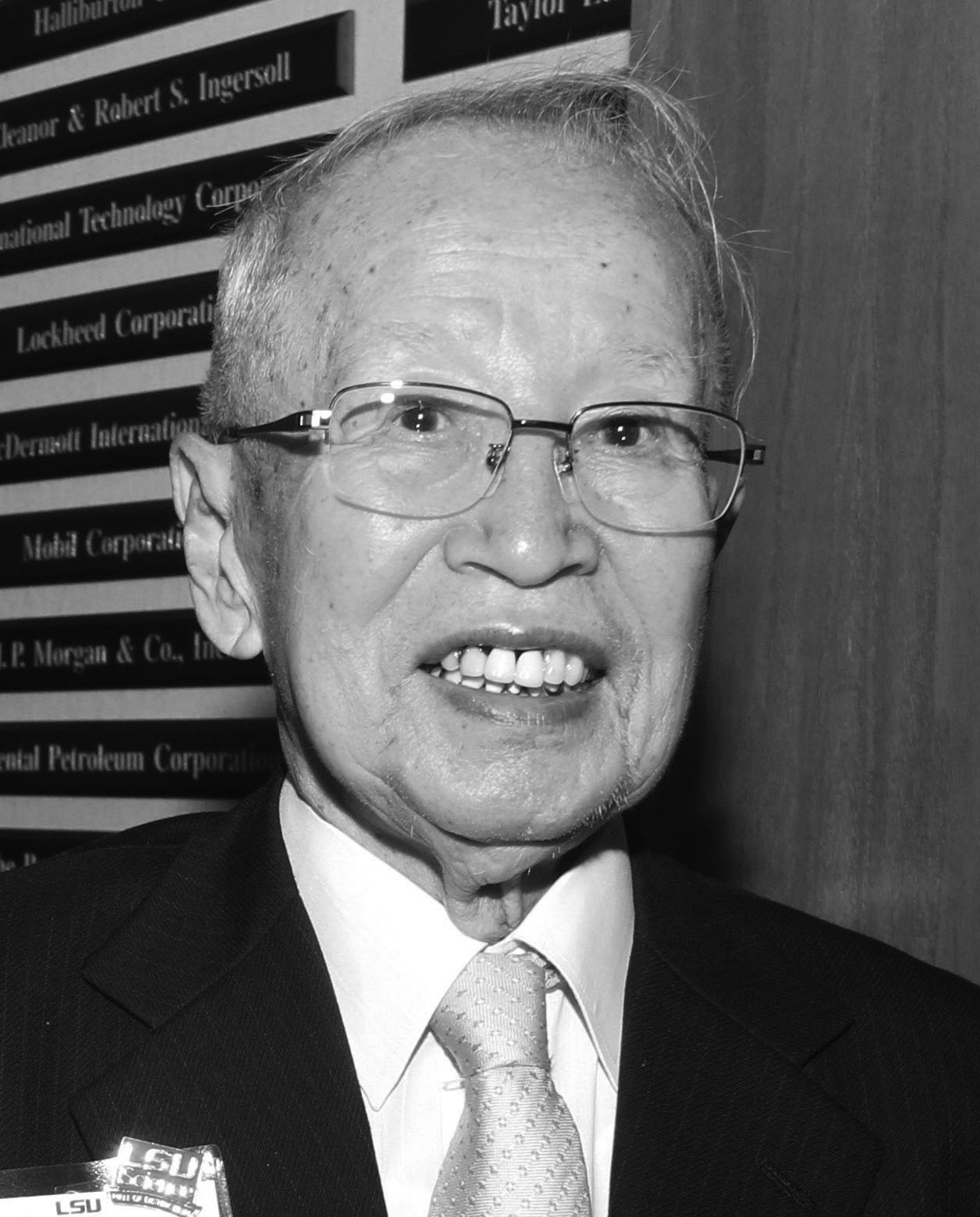 REINOSUKE HARA was a postdoctoral researcher under the late Boyd Professor Emeritus Phil West in the early 1950s. He is a longtime friend of Basic Sciences and LSU, having served many years on the college’s Development Council, and as president of the Japan chapter of the LSU Alumni Association. As former President and CEO of Seiko Instruments, Japan and active promoter of nanotechnology, Dr. Hara brings an exceptional wealth of business experience and technical knowledge to his endeavors. Dr. Hara is founder and President of the Seiko Instruments Foundation Advanced Technology Institute and senior advisor of Japan Capital Management Co Ltd. He is one of the most eminent thought leaders in Japanese industry, internationally recognized with many distinguished awards such as: Member of The Royal Swedish Academy of Engineering Sciences; Honorary Doctorate of Science, Louisiana State University; Blue Ribbon Medal, Japanese Government. Dr. Hara was awarded The Royal Order of the Polar Star by the King of Sweden. Dr. Hara has received many other awards in recognition of his distinguished work in Science & Technology and business.