Fears of Getting Sick with the Coronavirus, Founded and Unfounded, Are Changing People’s Behaviors Around the Globe

Wesley Shrum, professor in the LSU Department of Sociology, recently received a $100K grant from the National Science Foundation (NSF) to study people’s perceptions and fears of the novel coronavirus on every inhabited continent in the world, except for Australia. He will research how people in different countries are changing their day-to-day behaviors in response to the pandemic to be—or feel—safer. His findings could help guide policy decisions at the highest levels, and Shrum also has a forthcoming paper in Social Studies of Science, one of the first academic research papers in sociology to be published on COVID-19. We catch up with him to ask a few questions. 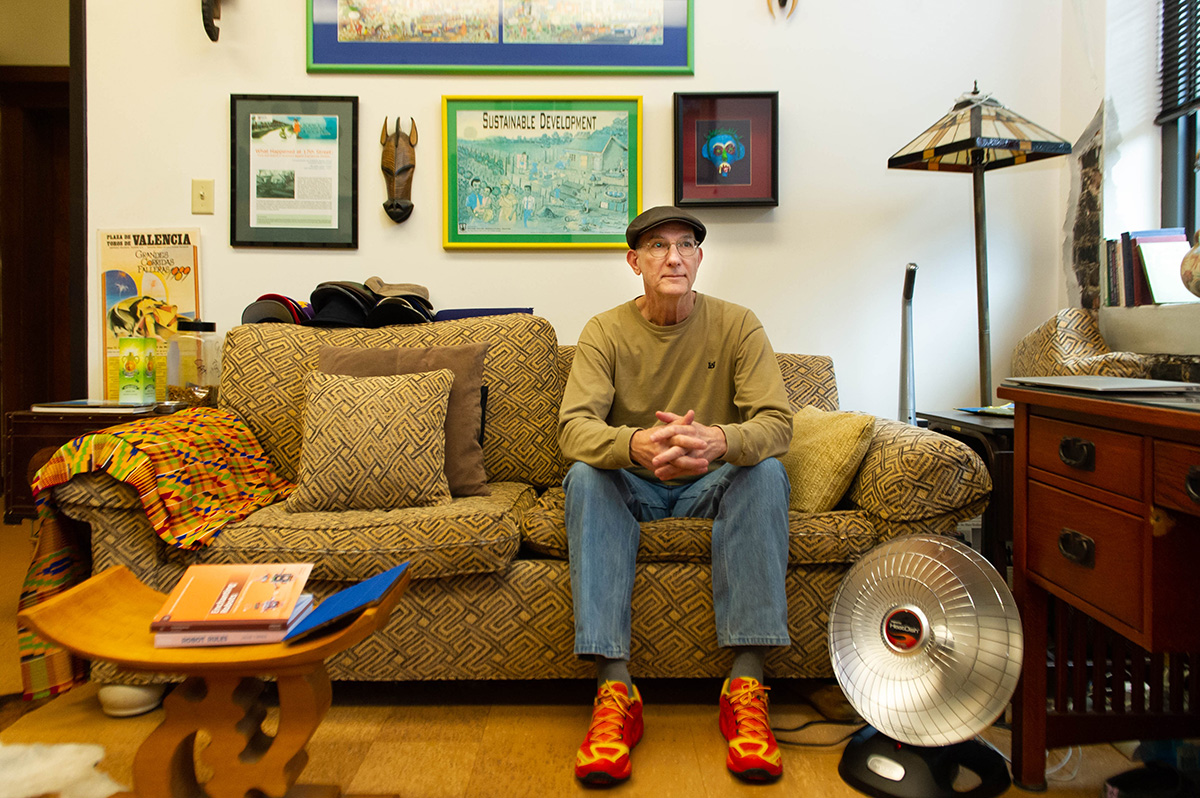 Your project mentions “pandemic fire” and “locative fear.” What do these terms mean?

The term “locative fear” comes from Latin. I don’t know Latin, and I don’t understand it, but I found the word in the Oxford English Dictionary as a speech reference to place, as in, “He was to the right of me,” or, “I looked behind me.” Those are locative expressions. Something is being described in a place relative to something else, and that made sense in the context of my project.

“Pandemic fire” is the idea that an epidemic is more than a rate of infection in the modern world and information age. We have to think about pandemics in a broader sense, including fears of transmission. You probably won’t die from fear, but it’s going to change your behavior.

Some of the phrases that stand out to me in your forthcoming paper are: “In a high-fear epidemic, such as coronavirus, an unmasked customer who changes the direction of her shopping cart causes flinching, apologies, backtracking;” “One often does not know how close one is, whether one is within the epidemic fire or soon to be;” and how interventions “nurture continuous awareness of invisible agents.” You also mention “ghosts of place,” and talk about COVID-19 in the context of previous work you’ve done on sociological aspects of the Ebola and Zika epidemics. Tell me more about that?

Each has similarities with corona. They share different properties. Ebola is a deadly disease with dramatic symptoms—no one wants to bleed from their eyeballs, or see it occurring, or projectile-vomit blood. Mortality for Ebola is very high.

Zika, on the other hand, is not as scary. It’s similar to the cold or flu, and it doesn’t kill you. The very bad side effect, however, is that it causes microcephaly in pregnant women.

We don’t yet know much about corona, but a similarity it has with Zika is that the symptoms aren’t very dramatic, and most people might not even know they have it. It’s hard to believe the infection statistics or the death statistics with much precision. Also, symptoms appear to be mild until you go into the ICU, and then it’s probably a pretty significant percentage of those people who do die.

Corona is similar to Ebola in that they share this situation of fear. Not the symptoms—not at all—but like Ebola, you start to get worried that people could be infectious but asymptomatic, and that becomes a generalized fear of people. Maybe my own partner could have it and I don’t know it? They say symptoms can appear up to 14 days after. You start to think about smaller and smaller droplets, the air around you. Even if there’s no one in the room, maybe I’ll touch something that someone who was infected touched or coughed on? Spaces start to get scary. “This person looked fine, but maybe they’re sick?”

Tell me more about this fear.

The way we become fearful is by hearing a lot of stories and a lot of recommendations, and then we scare ourselves and each other. We start to have problems because of our fear. The media on this has overall been very helpful, but also creates fear. Now, we’re almost in a situation where we’re scaring our own experts, including me! Everyone wants to fail safe. Meaning, you can’t be too careful. “We don’t know, we can’t rule it out,” and we’re all saying, “Well, to be on the safe side…” Even though it hasn’t been shown anywhere that it’s effective, the CDC have changed their recommendations to say yes, you should wear a face mask. That’s the party line; wear a facemask. But we can’t lose track of the fact that facemasks also create fear, and fear has consequences.

Can you give me an example?

The other day, I was turning right on College [Drive] and I was going north when this woman in an SUV was turning. She was terrified, struggling with her facemask, and there was no one else in the vehicle with her. She maintained her speed and entered the intersection on a red light, paid no attention. As she was struggling to make her right turn, my thought was, “That facemask is going to get her killed.”

But how do you study fear?

We’ll do at least 50 interviews in each country and talk to survivors, people who’ve had it, medical professionals, nurses, teachers, unemployed people, and small-business persons. Obviously, we’ll have to wait until things have died down a little bit so we can do this safely and people also have had the full experience of the quarantine, or whatever they experience.

Then we’ll ask them about precautions they might or might not have taken, such as washing hands, not going to public gatherings, not touching your face, and a similar list of recommendations authorities have made. We’ll ask how effective they think those precautions were on a scale, how risky they perceive various things to be, and then compare the recommendations with the practices. Knowing what people did or didn’t do will be useful for next time around, which there’ll undoubtedly be.

Why is it important to know?

Based on our findings, we can make recommendations for public policy grounded in what people actually did during the pandemic, grounded in whether or not people followed recommendations, and what they themselves thought was effective or risky. My feeling has always been—and this is common sense, no kind of genius—the more onerous things will be more difficult to sustain; the more burdensome the action, the less time you’ll spend doing it. We’ll likely know eventually what actions prevented the pandemic from spreading and what was a useless fear factor, but we don’t know this fully yet.

People are clearly listening to guidance, because I see people wearing facemasks in their car by themselves, alone, or running in a facemask. It’s also a symbolic action, “I want to be safe, and I want you to be safe,” but the idea that we should do things because “they can’t hurt” is false. They can hurt, eventually. As the pandemic lingers, and as we keep businesses closed and keep people from working, well, you can die of poverty, too. There are going to be health impacts of not working, of losing your job, of having kids home all the time instead of going to school. They won’t be measured as COVID-19 deaths, because they’ll be due to poverty, stress, anxiety, and depression.

What impacts have you already seen?

With Ebola, people in Ghana, Africa were extremely fearful. Now, geographically speaking, Ghana was about as far from the nearest case of Ebola as Baton Rouge, Louisiana in the summer of 2014, but in Ghana, everyone thought it was there and they were changing their behavior and scaring each other. I expect we’ll see similar things now, too.

How do you feel about the current shutdown?

I absolutely agree with shutdown, but it won’t work repeatedly, so what do we do next time? We need to figure out which measures have science behind them, and we have to accept that we won’t be living in a no-risk society.

At some point, we’re going to have another wave or epidemic, and I want my study to be relevant for the next one.