President Trump’s Deputy Assistant for Technology Policy Michael Kratsios has invited LSU to join a select group of about 20 government and academic leaders to discuss new opportunities and challenges for the National Quantum Initiative. Leaders of this initiative recognize “the significant role that academia plays in QIS and its impact on America’s prosperity and security.”

The initiative was signed into law by President Trump last December. The new law proposes to spend over $1.2 billion over the next five years to establish a coordinated effort to advance quantum information science and technology. Kratsios positions the U.S. academic community, including LSU, as a “critical driver of our Nation’s innovation ecosystem, from developing the fundamental science to building the skilled workforce needed to see ideas from an initial concept to deployment.” 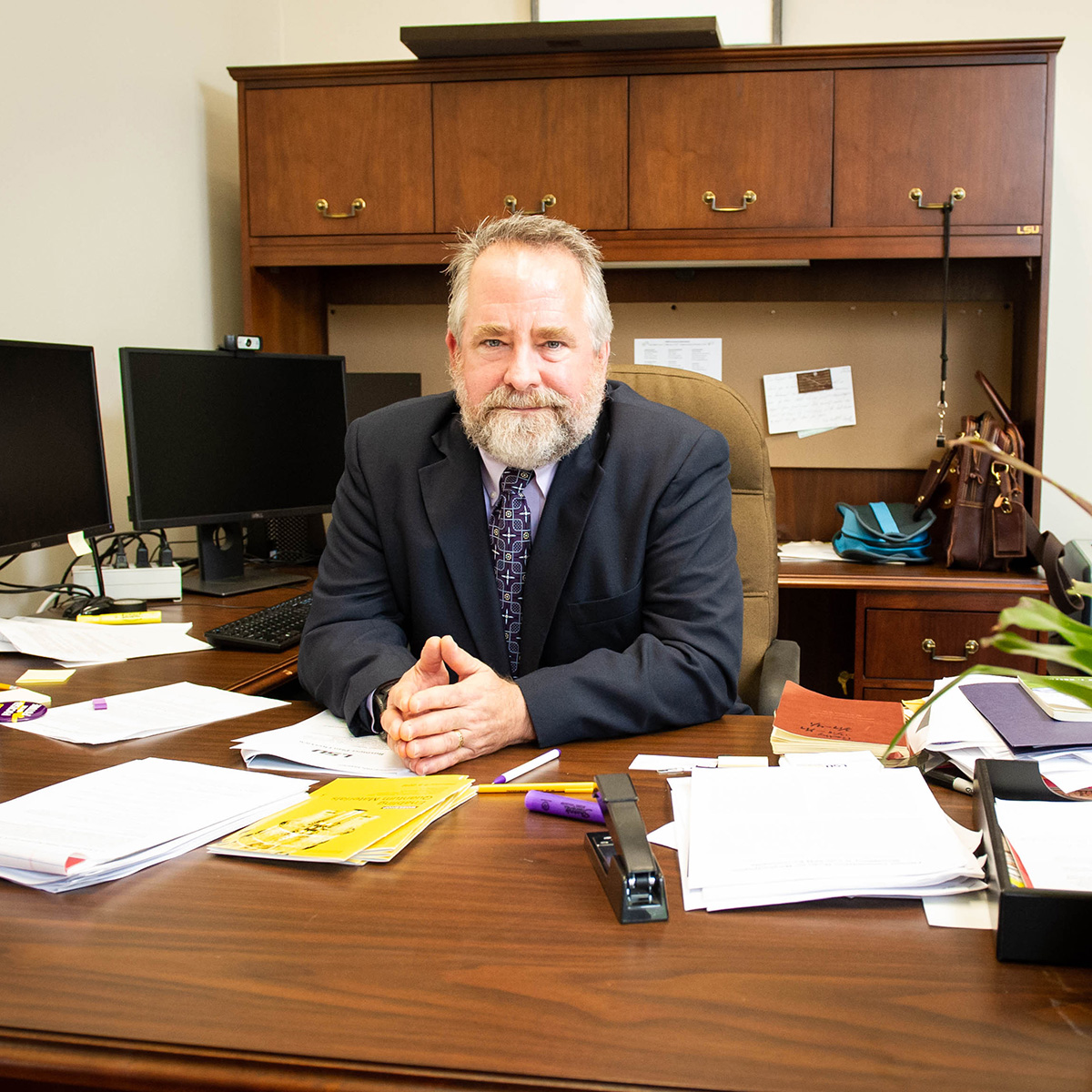 LSU Vice President of Research & Economic Development Samuel J. Bentley will represent LSU at the White House meeting. His focus is on leveraging LSU’s current successes in the field of QIS to ensure that LSU and its partner universities in Louisiana continue to create educational ecosystems that stimulate QIS innovations.

“Through our focus on quantum science and engineering, we can serve the people of Louisiana and beyond by building the economy and providing technological solutions that can make the world a better and safer place.”—Samuel J. Bentley, Vice President of Research & Economic Development

“LSU has leading experts in the field of developing unique and new materials for what will be the next generation of quantum computers,” Bentley said. “We also have leading experts in the theory behind quantum sensors and quantum computing. At LSU, we can leverage our expertise in quantum materials and theory and work with our partner universities in Louisiana with expertise in design and fabrication to build quantum devices. This will help our university and state grow.”

Bentley also pointed out that LSU’s grand vision for QIS research and education fits well with the university’s role as a land-grant and R1 research institution as well as the leadership role that LSU can play in Louisiana higher education.

“Through our focus on quantum science and engineering, we can serve the people of Louisiana and beyond by building the economy and providing technological solutions that can make the world a better and safer place. We can also produce students who have the knowledge to take us into the next realm,” he said. “It’s the full package.”

The same month, their colleague, Professor Gabriela González, an experimental physicist with the Laser Interferometer Gravitational-wave Observatory, or LIGO, and contributor to the first detection of gravitational waves in 2015 as predicted by Albert Einstein’s Theory of General Relativity, was appointed editor-in-chief of the scientific journal, Classical and Quantum Gravity. This journal is the acknowledged world leader in classical relativity and all areas of quantum gravity. She was also recognized as the 2019 Southeastern Conference, or SEC, Professor of the Year and received the SEC Faculty Achievement Award in March. Two days later, Thomas Corbitt, LSU Department of Physics & Astronomy associate professor and a Ph.D. graduate of MIT, had a paper published in Nature on the first-ever measurement of quantum behavior at room temperature, visible to the naked eye—specifically, in the basement of LSU’s Nicholson Hall.

This spring, LSU also recognized Mark M. Wilde, LSU Department of Physics & Astronomy and the Center for Computation & Technology associate professor, as one of six Rainmakers—faculty who rained resources and research results on campus in the last year. Wilde is the author of “Quantum Information Theory” published by Cambridge University Press in 2013, which is the leading textbook in its field.