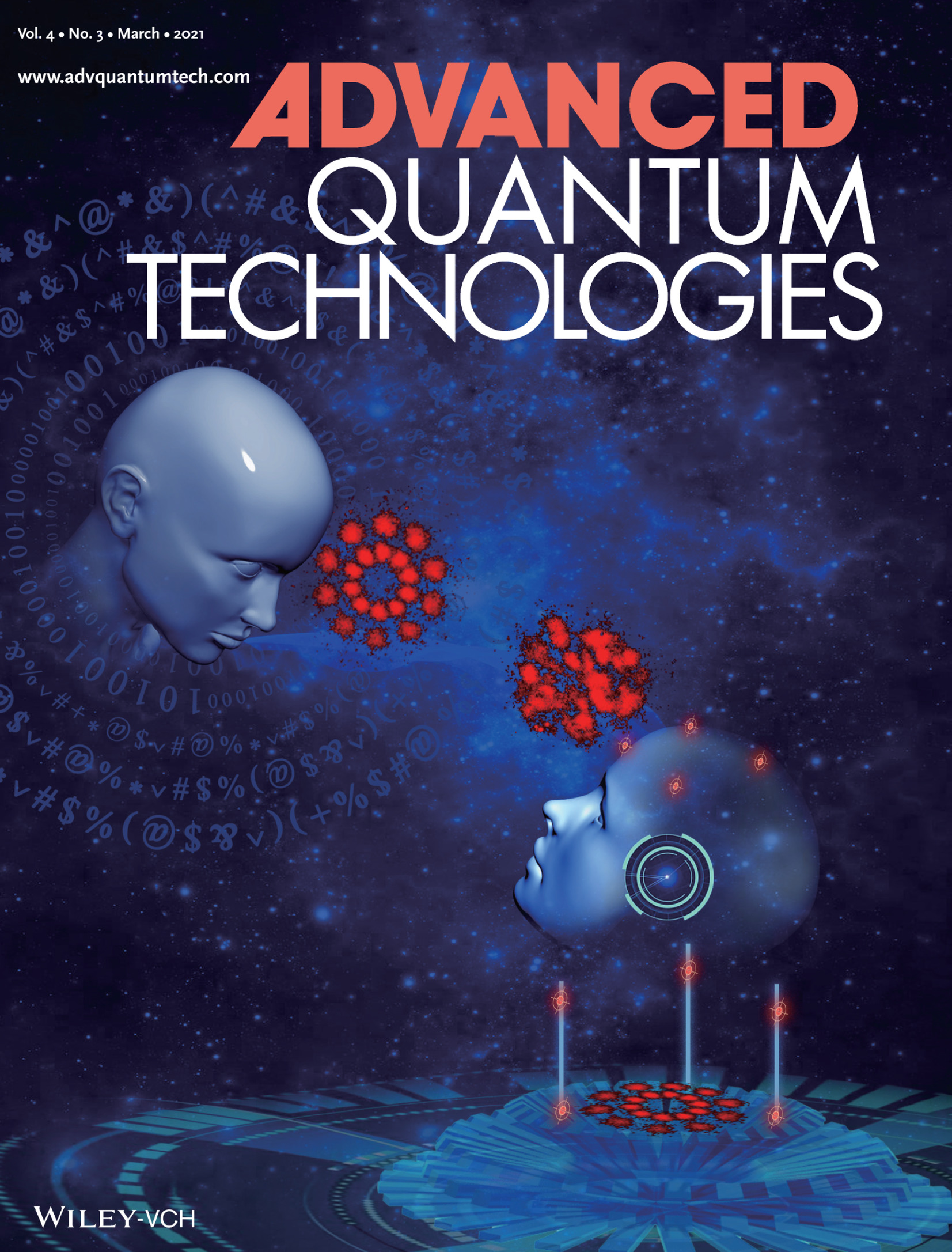 Researchers from Louisiana State University have introduced a smart quantum technology for the spatial mode correction of single photons. In a paper featured on the cover of the March 2021 issue of Advanced Quantum Technologies, the authors exploit the self-learning and self-evolving features of artificial neural networks to correct the distorted spatial profile of single photons.

“The random phase distortion is one of the biggest challenges in using spatial modes of light in a wide variety of quantum technologies, such as quantum communication, quantum cryptography, and quantum sensing,” said Bhusal. “In this paper, we use artificial neurons to correct distorted spatial modes of light at the single-photon level. Our method is remarkably effective and time-efficient compared to conventional techniques. This is an exciting development for the future of free-space quantum technologies.”

“One important goal of the Quantum Photonics Group at LSU is to develop robust quantum technologies that work under realistic conditions,” said Magaña‐Loaiza. “This smart quantum technology demonstrates the possibility of encoding multiple bits of information in a single photon in realistic communication protocols affected by atmospheric turbulence. Our technique has enormous implications for optical communication and quantum cryptography. We are now exploring paths to implement our machine learning scheme in the Louisiana Optical Network Initiative (LONI) to make it smart, secure, and quantum.”

“We are still in the fairly early stages of understanding the potential for machine learning techniques to play a role in quantum information science,” said Dr. Sara Gamble, program manager at the Army Research Office, an element of DEVCOM ARL. “The team’s result is an exciting step forward in developing this understanding, and it has the potential to ultimately enhance the Army’s sensing and communication capabilities on the battlefield.”

The Louisiana Quantum Initiative is a statewide endeavor to advance the research and technology of quantum systems in the context of the second quantum revolution and develop the strategy and technological infrastructure of quantum-driven networks and devices. The vast constellation of Louisiana scientists who are part of the initiative encompasses researchers from all over the state, from both public and private institutions. The initiative is an ecosystem of research that relies on emergent and dynamic associations and efforts among institutions as well as individual members.

The Quantum Photonics Group in the Department of Physics and Astronomy at LSU investigates novel properties of light and their potential for developing quantum technologies. The team also conducts experimental research in the fields of quantum plasmonics, quantum imaging, quantum metrology, quantum simulation, quantum communication, and quantum cryptography.