Nancy Rabalais Inducted into the National Academy of Sciences

BATON ROUGE – LSU College of the Coast & Environment Professor Nancy Rabalais was inducted as a member of the National Academy of Sciences in Washington, D.C., on April 29. She is among the 120 elected members - and the only one from Louisiana - recognized for her distinguished achievements in original research in 2021. She is also among the 59 women who have been elected, the most women elected in a single year.

“The induction ceremony and the whole five-day event was full of prestige, and it was a lot of fun,” Rabalais said. “One highlight was being seated at National Academy of Sciences President Dr. Marcia McNutt’s table for the President’s Dinner in the National Portrait Gallery.”

This was the first induction ceremony the Academy has held since the COVID-19 pandemic; therefore, inductees included 2019, 2020 and 2021 elected members. 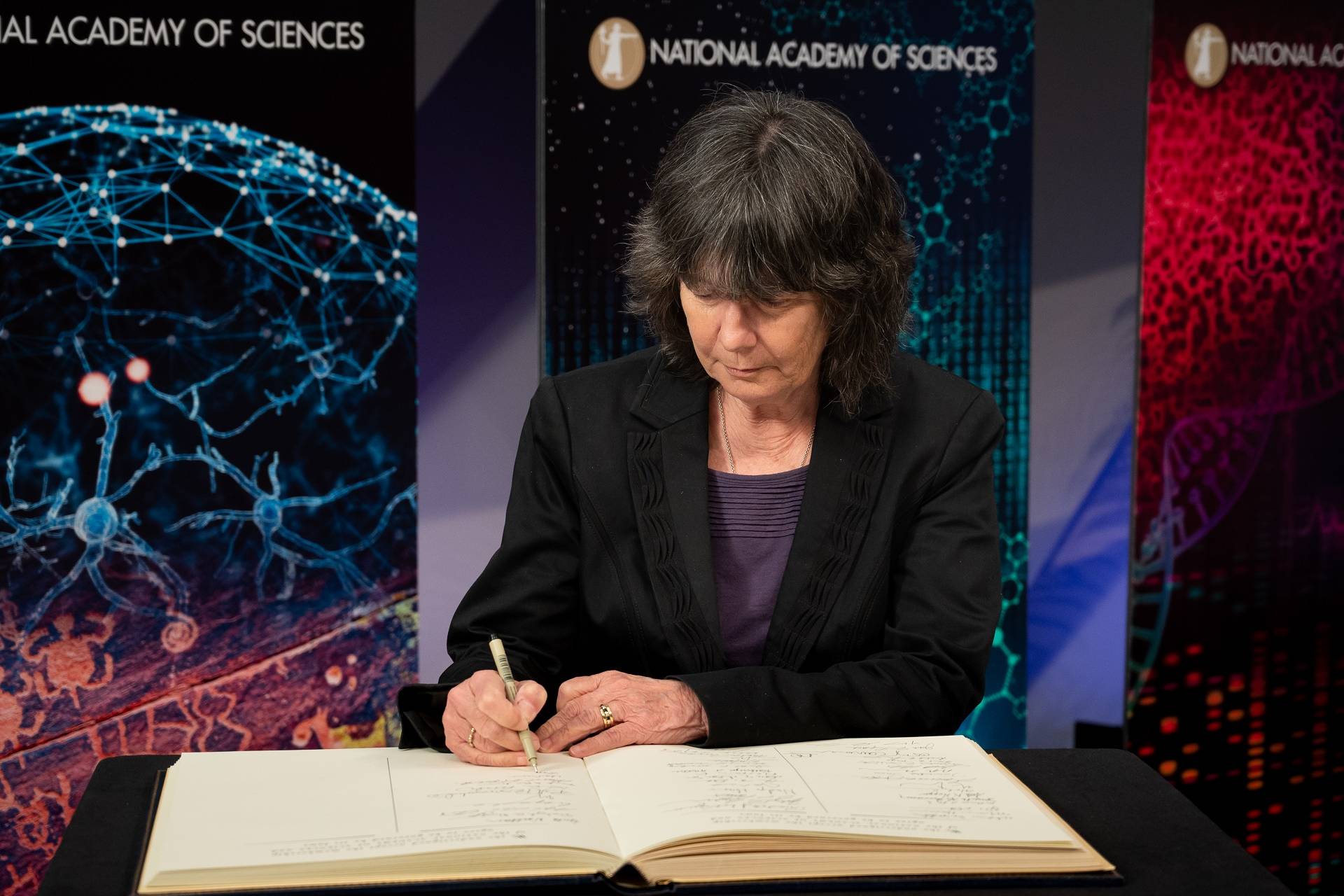 LSU Department of Oceanography & Coastal Sciences Professor and the Shell Endowed Chair in Oceanography & Wetland Studies Nancy Rabalais was inducted as a member of the National Academy of Sciences in Washington, D.C.

Rabalais is an LSU Department of Oceanography & Coastal Sciences professor and the Shell Endowed Chair in oceanography and wetland studies. Since the mid-1980s, she has been characterizing the dynamics of the large region in the northern Gulf of Mexico where the oxygen levels in the bottom waters are so low in spring and summer that fish, shrimp and crabs cannot survive. Her research has documented and tracked linkages between oxygen depletion, or hypoxia, in the Gulf of Mexico to landscape use and increasing nitrogen and phosphorus delivered to the Mississippi River. These findings have led to federal legislation concerning the diminished water quality.

“I have many friends who already are members of the National Academy of Sciences, so it was like ‘Old Home Week,’” Rabalais said. “My humble research beginnings in 1976 have grown into a ‘village,’ which is an interdisciplinary science approach that is essential to tackle global problems such as improving environmental quality. I share this honor of being elected to the National Academy of Sciences with all of my colleagues,” she said.

Rabalais serves on numerous boards and panels for federal agencies and national organizations. Currently, she is serving on the National Research Council’s “Oil in the Sea – IV” committee. She is a fellow of the American Association for the Advancement of Science, the American Geophysical Union, a John D. & Catherine T. MacArthur “genius” awardee and now a member of the National Academy of Sciences. She graduated with a B.S. and M.S. from Texas A&I University, which is now called Texas A&M University-Kingsville, and a Ph.D. from the University of Texas at Austin.

“The historic number of women elected this year reflects the critical contributions that they are making in many fields of science, as well as a concerted effort by our Academy to recognize those contributions and the essential value of increasing diversity in our ranks,” said National Academy of Sciences President Marcia McNutt.  “I am pleased to welcome all of our new members, and I look forward to engaging with them in the work of the National Academies.”

Rabalais is now among the 2,461 National Academy of Sciences members, which includes LSU Boyd Professor Gabriela González, who was elected in 2017.

The National Academy of Sciences has elected LSU faculty as members in the past. They include the late Professor of Physics E. Ward Plummer, the late Pennington Biomedical Research Center Professor in physiology and pharmacology S. M. McCann and the late Richard Russell, who was the founding director of the LSU Coastal Studies Institute.