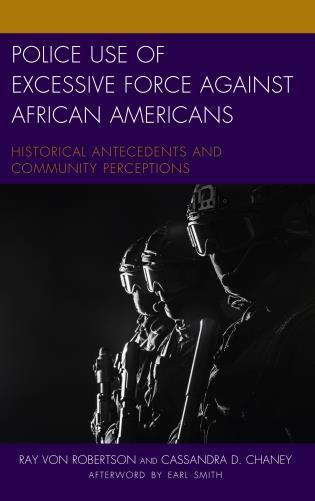 BATON ROUGE – Given the increasing attention to unarmed African Americans who have lost their lives at the hands of police, LSU School of Social Work Professor of Child and Family Studies Cassandra Chaney examined community sentiment regarding police in her new book titled “Police Use of Excessive Force against African Americans: Historical Antecedents and Community Perceptions.” The book delves into how the early antecedents of police brutality like plantation overseers, the lynching of African American males, early race riots, the Rodney King incident and the Los Angeles Rampart Scandal have directly impacted the current relationship between communities of color and police.

“Each public incident of mistreatment, such as assault and murder, of African Americans erodes the trust members of this group have of police, and makes it more difficult for honorable law enforcement officers to effectively do their jobs,” Chaney said. “As a child and family studies scholar, I know well that these events do not just affect the person, but the families and communities of which they are a part.”

Chaney and co-author Ray V. Robertson, an associate professor of sociology at Florida Agricultural and Mechanical University, further studies how African American college students perceive police in order to delve into how race, gender and education create different realities among a demographic. The scholars chose to study the attitudes of African American college students because this demographic is typically at a developmental stage of life when they are becoming more aware of their values and what is happening in the world around them.

Based on their qualitative and quantitative findings, Chaney and Robertson offer recommended policies and strategies for police and communities to improve relationships and perceptions between the two.

Chaney recently was awarded a Dean Larry Davis Social Justice Fund grant by the National Association of Deans and Directors for her project titled “Nothing Can Change until It Is Faced: Community Sentiment of Police in Low-Income Disenfranchised Communities.”

“In this project, I will continue my work in this area by examining how African Americans of different ages perceive members of law enforcement. In particular, this work will examine how attitudes regarding law enforcement form, conversations African American parents have with their children regarding police and strategies individuals and families in low-income communities use to maintain safety in their communities,” she said.