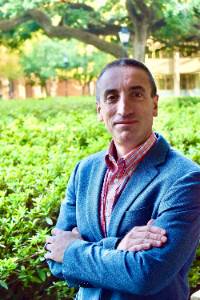 Dr. Pasquier's work on religion and culture in the Mississippi River Valley has been supported by the National Endowment for the Arts, the National Endowment for the Humanities, and the Whiting Foundation. He is the editor of Gods of the Mississippi, a collection of essays on the history of religion in the Mississippi Valley; co-producer of the film Water Like Stone, a documentary about a Louisiana fishing village facing environmental and economic decay; and producer of the podcast Coastal Voices, an audio documentary series that explores the relationship between people, land, and water in coastal Louisiana.

Dr. Pasquier is currently at work on an introduction to American Catholic history and an environmental history of religion in coastal Louisiana.