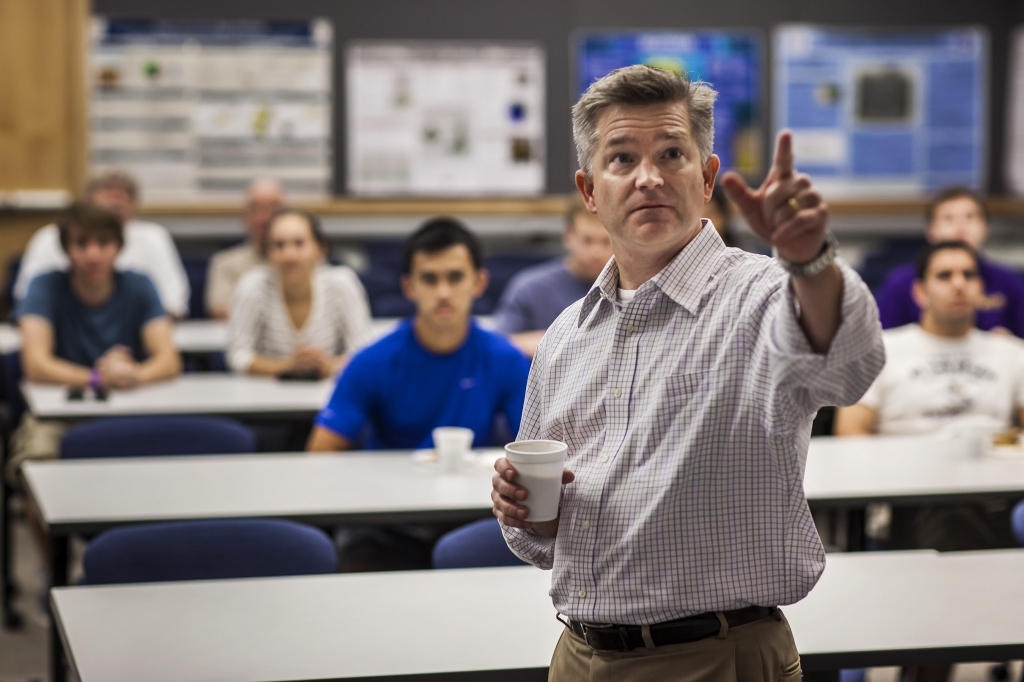 “We are pleased to welcome Keith Comeaux back to LSU to speak during our summer commencement ceremony,” LSU President and Chancellor F. King Alexander said. “Our graduates are embarking on a new and exciting journey as they move onto careers or further education, and we look forward to hearing Keith’s message about his own journey that took him from Baton Rouge all the way to Mars.”

Comeaux joined NASA’s Jet Propulsion Laboratory in 2006 to lead Curiosity’s entry, descent and landing validation effort. As Curiosity’s design neared completion and construction began, Comeaux transitioned to the assembly, integration and test team as the deputy systems manager where he was responsible for leading the Curiosity’s system test activities during its construction through launch at Cape Canaveral in November 2011.

Following launch, Comeaux served as the cruise engineering operations team chief. In this role, he led the engineering team responsible for operating Curiosity during its eight-and-a-half month cruise and approach to Mars, culminating with its landing on the night of Aug. 5, 2012, with Comeaux serving as flight director. After landing, he was one of several tactical mission managers responsible for the initial commissioning and operation of Curiosity as it began its journey of discovery on the Martian surface.

Comeaux received NASA’s Exceptional Achievement Medal and several Group Achievement Awards for his contributions to the success of Curiosity’s mission.

Comeaux is presently the deputy integration & test manager for JPL’s SMAP mission, which will study the Earth’s soil moisture climate and is scheduled to launch from Vandenberg AFB this fall.

Before arriving at JPL, Comeaux worked for Boeing’s Satellite Development Center (formerly Hughes Space & Communications) for 11 years in varying roles of increasing responsibility. While at Boeing, he completed Boeing’s Engineering Leadership Program and received the AIAA Lawrence Sperry Award which recognizes contributions made by aerospace professionals early in their careers.

Comeaux graduated from LSU in mechanical engineering and physics and completed master’s and Ph.D. degrees in aeronautics and astronautics at Stanford University, where his research focused on hypersonic aerothermodynamics and computational fluid dynamics. He also completed his MBA at UCLA.

Comeaux and his wife, Cecilia, and their children, Evie and Max, live in Redondo Beach, Calif.

There will be no separate diploma ceremonies for August commencement. A complete list of graduates and honor graduates will be available online Aug. 8 at LSU’s commencement website, www.lsu.edu/commencement.