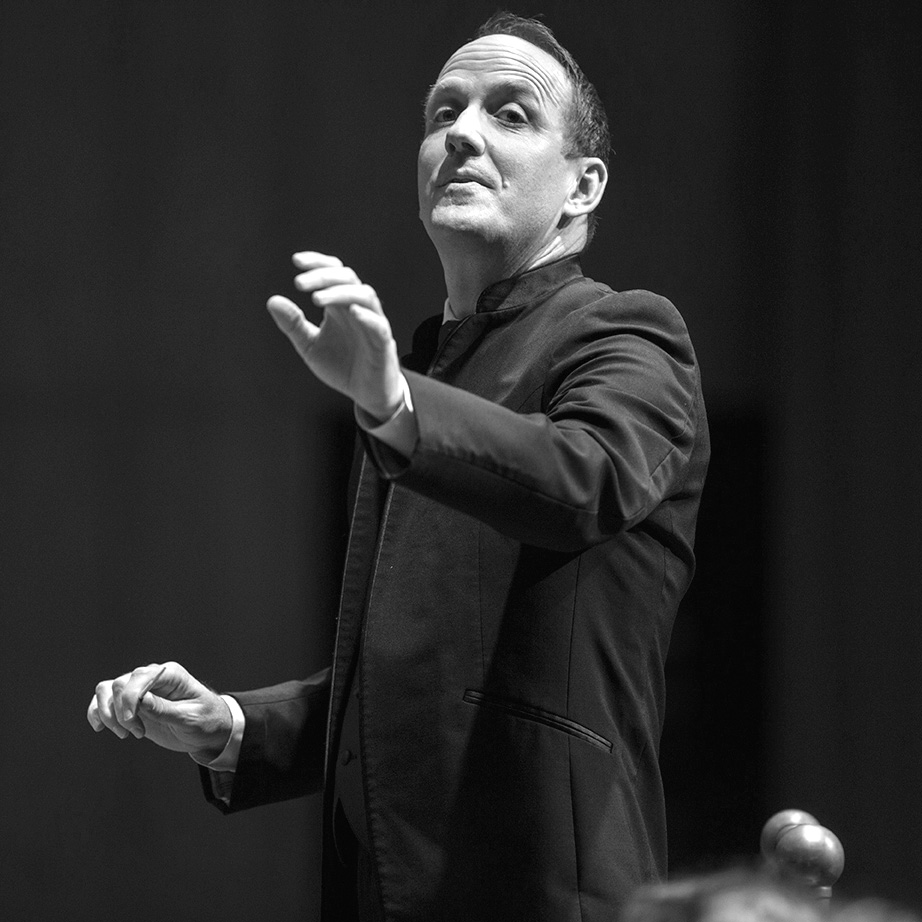 American conductor Scott Terrell has built a major conducting career through imaginative programs, an engaging presence, and a determined passion for artistic excellence and viability.  An ardent champion of new music and diversity of repertoire, he was a visionary leader with a keen intellect for bringing context to the concert hall. Adept in a broad range of repertoire from masterworks of orchestral canon, new commissions, opera, and works beyond the mainstream, this American conductor can, as critics have noted, “program works that entertain and educate, innovate with new works and revitalize the old.”

In great demand as a guest conductor, Mr. Terrell has recently lead orchestras worldwide including the Orquesta Sinfónica Nacional de Columbia, Baltimore Symphony, San Diego Symphony, Kitchener-Waterloo Symphony, Pittsburgh Symphony, Orquesta Filarmónica de Bogotá (Colombia), Fort Worth Symphony and re-engagements with Arizona Opera, and the Rochester Philharmonic.  Maestro Terrell debuted with the Philadelphia Orchestra in an all-Gershwin program in 2017, along with the St. Louis Symphony, Houston Symphony, Vancouver Symphony and the National Arts Centre Orchestra. He has been on the cover conductor staff of the Philadelphia Orchestra since 2012, assisting Music Director Yannick Nezet-Seguin and regularly leading their pre-concert lectures.

Having a strong affinity for vocal and operatic repertoire, Maestro Terrell has led a wealth of projects abroad.  Upcoming opera engagements include Virgil Thompson’s A Mother of Us All at the Aspen Music Festival, and Carmen at Opera Idaho in 2021. Collaborations with Kentucky Opera have included Stephen Paulus’ oratorio, To Be Certain of the Dawn, Bernstein’s Trouble in Tahiti, Humperdinck’s Hansel and Gretel and Osvaldo Golijov’s Ainadamar.  Operatic engagements have included Opera Hong Kong gala concerts of Bernstein, and Arizona Opera’s production of The Magic Flute.  He conducted Piazzolla’s Maria de Buenos Aires at Fort Worth Opera, Aspen Music Festival and Arizona Opera as well as Aspen’s concert productions of Bernstein’s Trouble in Tahiti and Missy Mazzoli’s groundbreaking work, Proving Up.

Previously, Maestro Terrell served as Resident Conductor and Director of Education for the Charleston Symphony Orchestra, and prior to that was Assistant Conductor of Minnesota Orchestra.  A native of Michigan, Maestro Terrell is a graduate of Western Michigan University, and the University of Minnesota in orchestral conducting.  In 2000, Terrell was chosen as a fellowship conductor for the inaugural season of the American Academy of Conducting at the Aspen Music Festival under Music Director, David Zinman.  He has participated in master classes with such distinguished conductors as Leonard Slatkin, Robert Spano, Jorma Panula, and David Robertson.  At Aspen, he was awarded the prestigious Conducting Prize from David Zinman, an award recognizing exemplary musicianship and promise.