The LSU School of Music is pleased to present the 10th annual Double Reed Day, an event for double reed enthusiasts of all ages and abilities. Professionals, students, teachers, and music directors are all welcome. Students will have the opportunity to learn from LSU faculty members and guest artists such as Nancy Ambrose King and Ben Roidl-Ward, refining their skillsets and learning new techniques to excel as individuals and ensemble performers.

The registration fee includes lunch, a Double Reed Day T-shirt, as well as access to all master classes, exhibits, and performance.

Welcome to Baton Rouge, Louisiana and the LSU School of Music!

We are very excited that you are joining us for our 12th annual Double Reed Day. This year’s event is special in several ways that we hope will provide a wonderful and inspiring experience for all involved.

Joining us this year are two fabulous guest artists, Nancy Ambrose King (oboe) and Ben Roidl-Ward (bassoon) who, along with LSU faculty, will teach, perform, and offer their valuable insight into musical life.

We encourage you to enjoy the warmth and spirit of the School of Music at LSU. Engage with those around you, discover the many possibilities on offer, and be encouraged to continue in the great joy that is music making!

A Special Thanks to our Administrators, Staff, Volunteers, Donors, and Sponsors.

Thank you for all of your hard work! We could not have done this without you.

This schedule is tentative and subject to change.

We are excited to welcome several distinguished guest performers to participate in Double Reed Day. 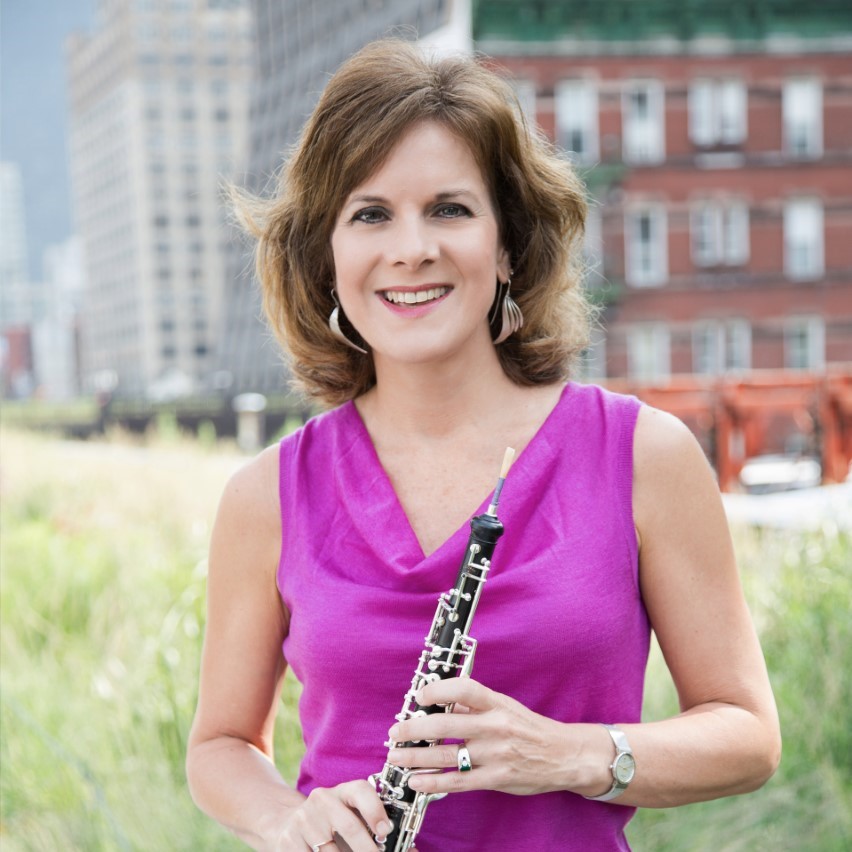 Nancy Ambrose King, oboe, is the first-prize winner of the Third New York International Competition for Solo Oboists, held in 1995. She has appeared as soloist throughout the United States and abroad, including performances with the St. Petersburg, Russia, Philharmonic, Prague Chamber Orchestra, Janacek Philharmonic, Tokyo Chamber Orchestra, Puerto Rico Symphony, Orchestra of the Swan in Birmingham, England, Festival Internacionale de Musica in Buenos Aires, New York String Orchestra, Amarillo Symphony, Cayuga Chamber Orchestra, and Sinfonia da Camera. She has performed as recitalist in Weill Recital Hall and as soloist at Lincoln Center and Carnegie Hall. She has recorded eleven CDs of works for the oboe on Boston Records, Cala Records, Equilibrium, Naxos and Centaur Records.

Recent releases include “IllumiNation” featuring concertos by Scott McAllister, Michael Daugherty, and Alyssa Morris; the 6 Trio Sonatas of G.F. Handel; “Global Reflections” recorded with the Prague Chamber Orchestra and featuring the works of Strauss, Skalkottas, Sierra, and Foss, as well as the premiere of Jennifer Higdon’s Oboe Concerto with the University of Michigan Symphony Band. She also recorded a Youtube video channel, “Trois Trios/Deux Duos” with colleagues Jeffrey Lyman, bassoon and Martin Katz, piano, and can be heard performing on the Athena, Arabesque, and CBS Masterworks labels. She was a finalist in the Fernand Gillet Oboe Competition held in Graz, Austria, and has been heard as soloist on WQXR radio in New York City and NPR’s “Performance Today”. She is on the faculty of the Sarasota Music Festival, has appeared as a recitalist throughout the world and was a member of the jury for the esteemed 2009 Barbirolli and the 2016 Muri, Switzerland Oboe Competitions. Ms. King has written a highly successful e-book for Apple I-Tunes titled “Making Oboe Reeds from Start to Finish with Nancy Ambrose King”.

Her playing has earned high praise from a variety of critics, including the American Record Guide: “Marvelously evocative, full of character, sultry and seductive, with a soft-spoken, utterly supple tone, and as musically descriptive as any I have heard…a fine exhibition of thoroughly musical oboe playing”; "She plays not only with delicacy, but also with an intense, almost rapturous sound that is second to none in expressivity and gradation. Delightful!". "...a lovely player with a tone that surpasses that of most other American oboe soloists. It defines delicacy, yet is strangely assertive, like a soft-spoken woman who nonetheless speaks up strongly when her mind is made up.", Fanfare: “Nancy Ambrose King is clearly a skilled musician of great promise, with a sterling technique”, and The Double Reed: “…thoughtful, expressive, and perfectly controlled performance of consummate accuracy. It’s not that she makes it sound easy-she makes it sound perfect”, "Ms. King's fluid technique, combined with clean and accurate articulations, makes the most complex passages flow and sounds effortless. Combine these aspects with a beautiful tone and a sensitive touch in the lyrical passages, all oboists have a new level to which to strive."

Professor King received her Doctor of Musical Arts, Master of Music, and Performer’s Certificate from the Eastman School of Music, studying with Richard Killmer. A graduate of the University of Michigan with a Bachelor of Music degree where she studied with Arno Mariotti and Harry Sargous, Ms. King was the recipient of the school’s prestigious Stanley Medal and was honored with the 2010 Hall of Fame Award by the University of Michigan School of Music, Theatre and Dance. 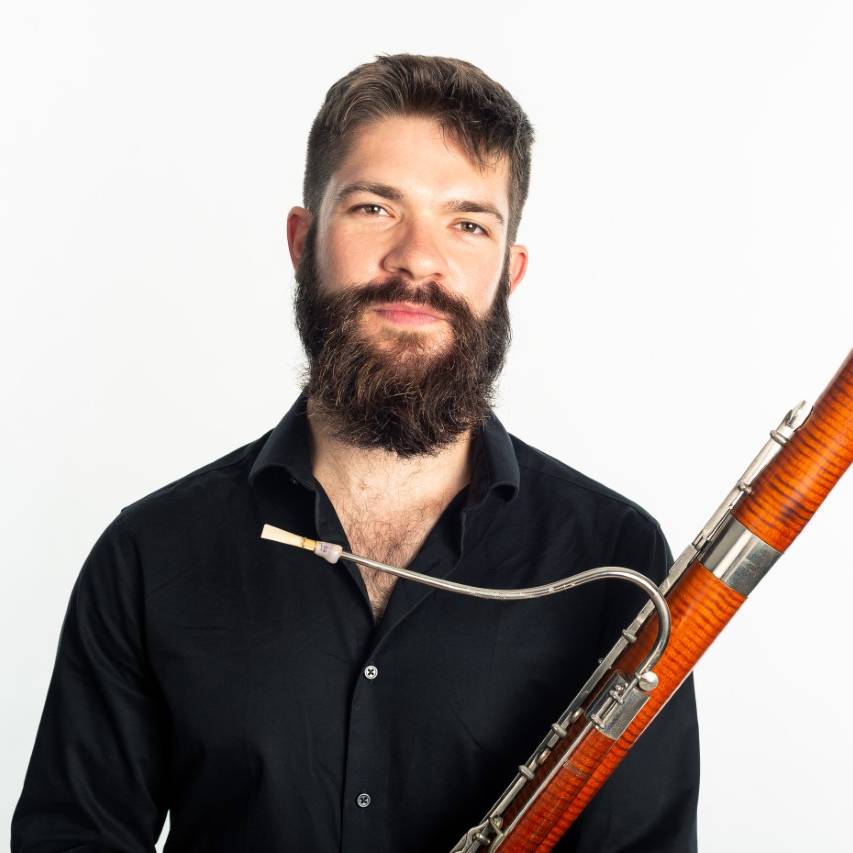 Recently named one of 23 artists who are “changing the sound of classical music” by the Washington Post, bassoonist Ben Roidl-Ward enjoys a versatile career as a performer and pedagogue. Currently, he serves as Assistant Professor of Bassoon at the University of Northern Iowa, Principal Bassoonist of the Chicago Sinfonietta, Solo Bassoonist of Ensemble Dal Niente, and Contemporary Leader for the Lucerne Festival in Switzerland.

Ben’s dedication to working with and advocating for composers of his generation has led him to commission numerous works featuring the bassoon, and he has participated in the premiere of over 125 compositions to date. In demand as a guest artist, he has performed with leading ensembles around the country, including the Chicago Symphony, the New York Philharmonic, and the International Contemporary Ensemble, and has presented masterclasses at Northwestern University and the Oberlin and Peabody Conservatories, among others. He earned his DMA from Northwestern University with David McGill, having previously studied with Ben Kamins at Rice University, George Sakakeeny at the Oberlin Conservatory, and Francine Peterson in the Seattle area.