Why Higher Education? Why a college degree and not “just” job training? This is why we are FIERCE for higher education: social, cultural, and economic prosperity.

Let's jump into the fray of a hotly debated issue—what’s the value of a college degree? Moreover, is the return on the significant economic investment worthwhile, or would a more prudent course of action be job training absent the liberal arts curriculum at the heart of a four year degree? It is my opinion that the College of Human Sciences & Education’s commitment to “Improving Quality of Life,” speaks to the value that LSU’s School of Education (SOE) provides the broader community. One may astutely ask, how does this collective quality of life mission impact the decision making and ultimately improve opportunities for an individual student considering the most appropriate postsecondary educational option. Below I will briefly provide some straightforward ideas on this topic, copping to the fact that as a university administrator, I clearly have a well-informed, but no doubt subjective position. I hope that this piece serves as a starting point for lively debate in agreement, opposition, and all points in between about the value of education beyond a high school diploma.

My plainly stated, and firmly grounded positions on this topic are:

To frame a college education as the antithesis of job training is both shortsighted and a crude straw person’s argument.

Next, and more profoundly, to singularly boil postsecondary educational options down to narrow economic terms places the most socioeconomically disadvantaged members of our community at the greatest risk.

College vs. Vocational: A False Dichotomy

Scholar, activist, philosopher, and arguably America’s greatest 20th century thinker W.E.B Du Bois, famously commented, “The object of all true education is not to make men carpenters, it is to make carpenters men.” Despite this inherently patriarchal language reminiscent of the times, I would like to draw the reader’s attention to the fact that Du Bois penned these remarks 116 years ago - an era when the U.S. was in the midst of the Industrial Revolution and was already taking part in a nation-wide discussion on the most appropriate type of education for work and more importantly life that still rages today. Consequently, when we historicize these issues one finds discussions of vocation and the humanizing potential of education are neither novel nor unique to our times. So don’t be seduced by the illusion of the new.

...when we historicize these issues one finds discussions of vocation and the humanizing potential of education are neither novel nor unique to our times. So don’t be seduced by the illusion of the new.

It is no coincidence that these debates typically surface, and are most hotly contested, when societies face significant technological, workforce, and ultimately economic changes. So, for Du Bois’ day, the nation’s move from an agrarian to an industrial workforce sparked a similar discussion to our contemporary dialogues concerning the value of a career readiness approach to education as opposed to a more liberal arts-focused curriculum. Du Bois draws us to what he sees as a false dichotomy. Meaning training for vocation is critically important however in and of itself it is not enough. According to Du Bois, “Education must not simply teach work it must teach life!” His reference to true education, I’d argue, suggests that regardless of the curriculum, education should better prepare individuals to function beyond the scope of their chosen profession as fully engaged members of a democratic citizenry—a textbook definition of the SOE’s previously referenced mantra of “Improving Quality of Life…helping solve complex human, social, and information issues.” 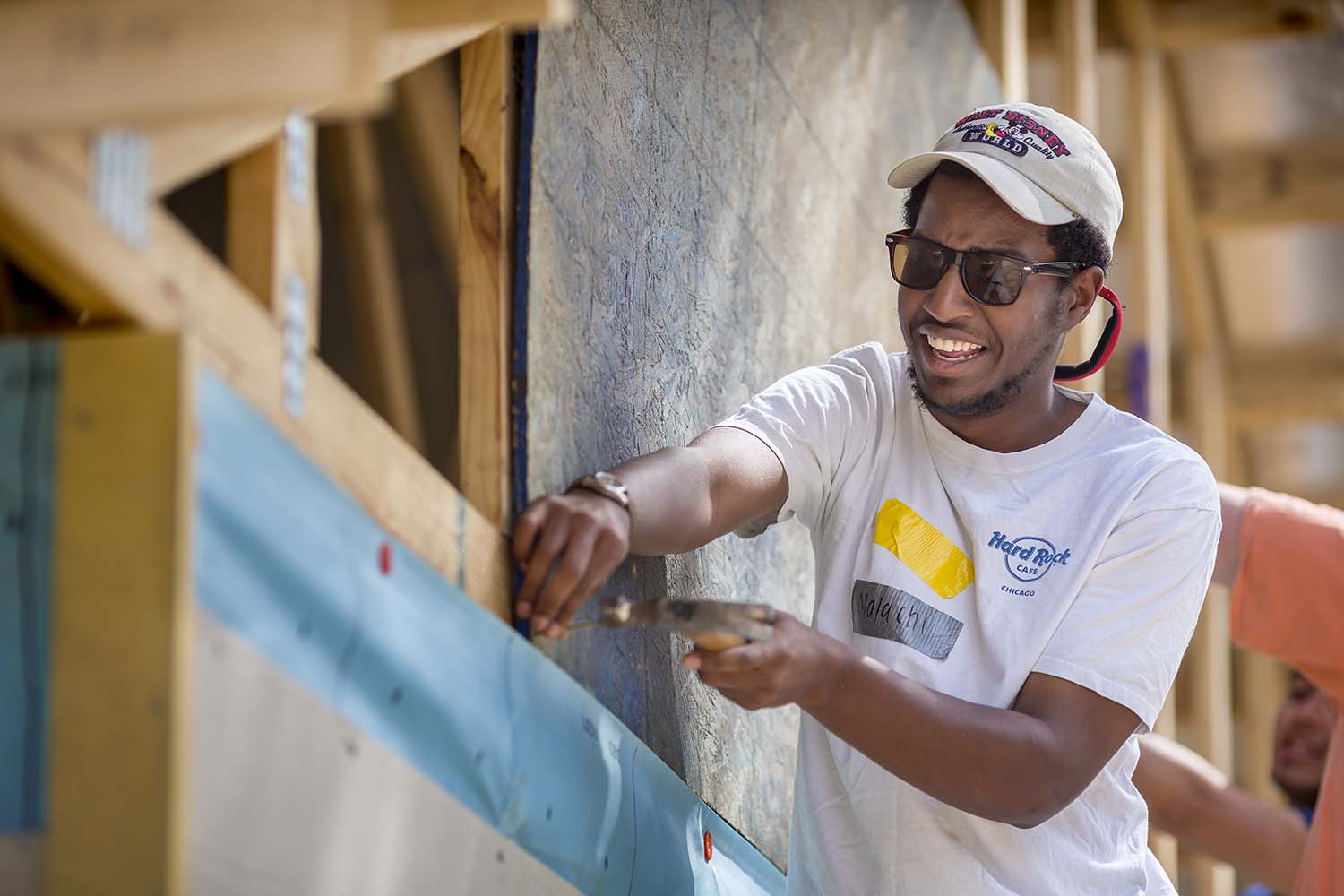 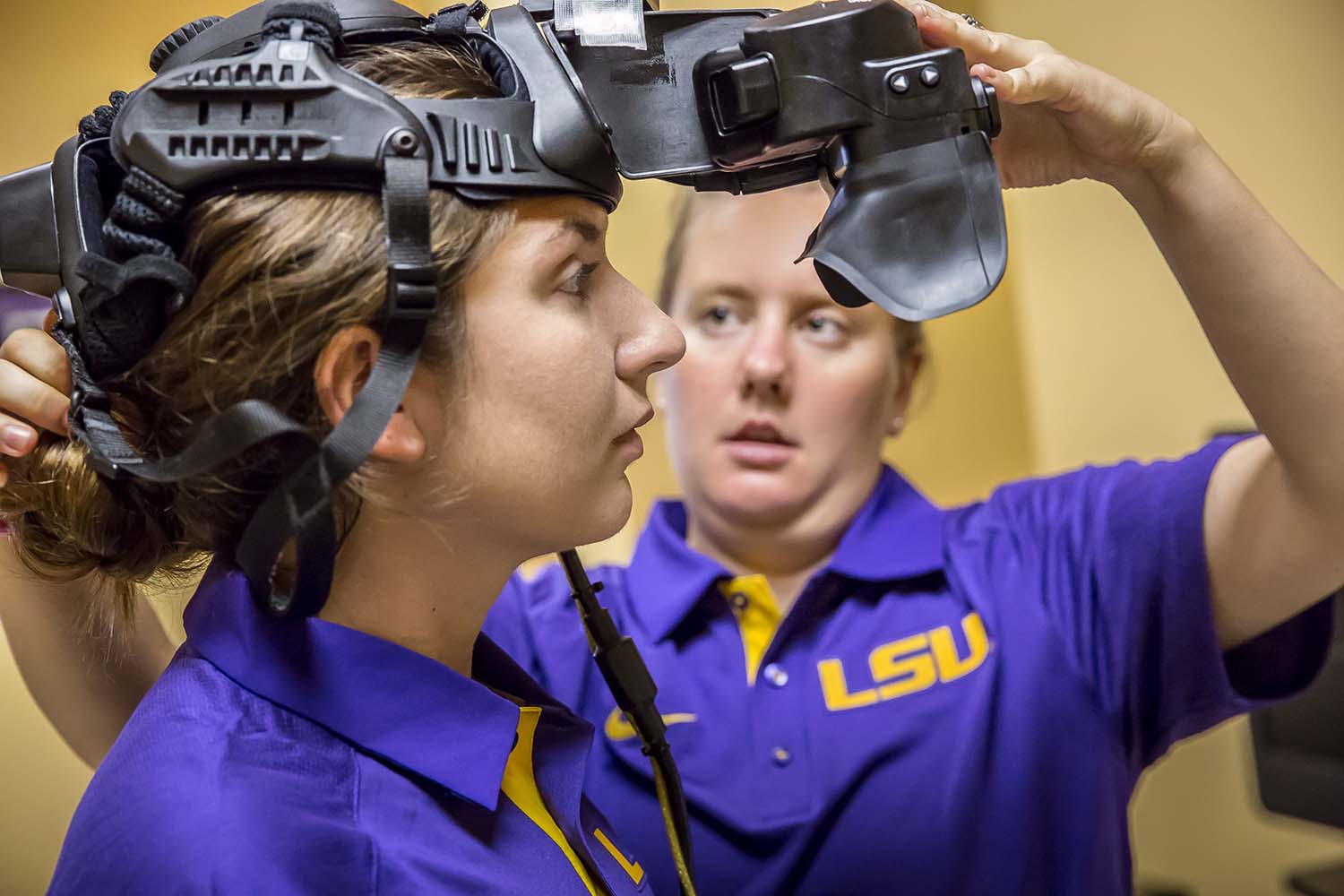 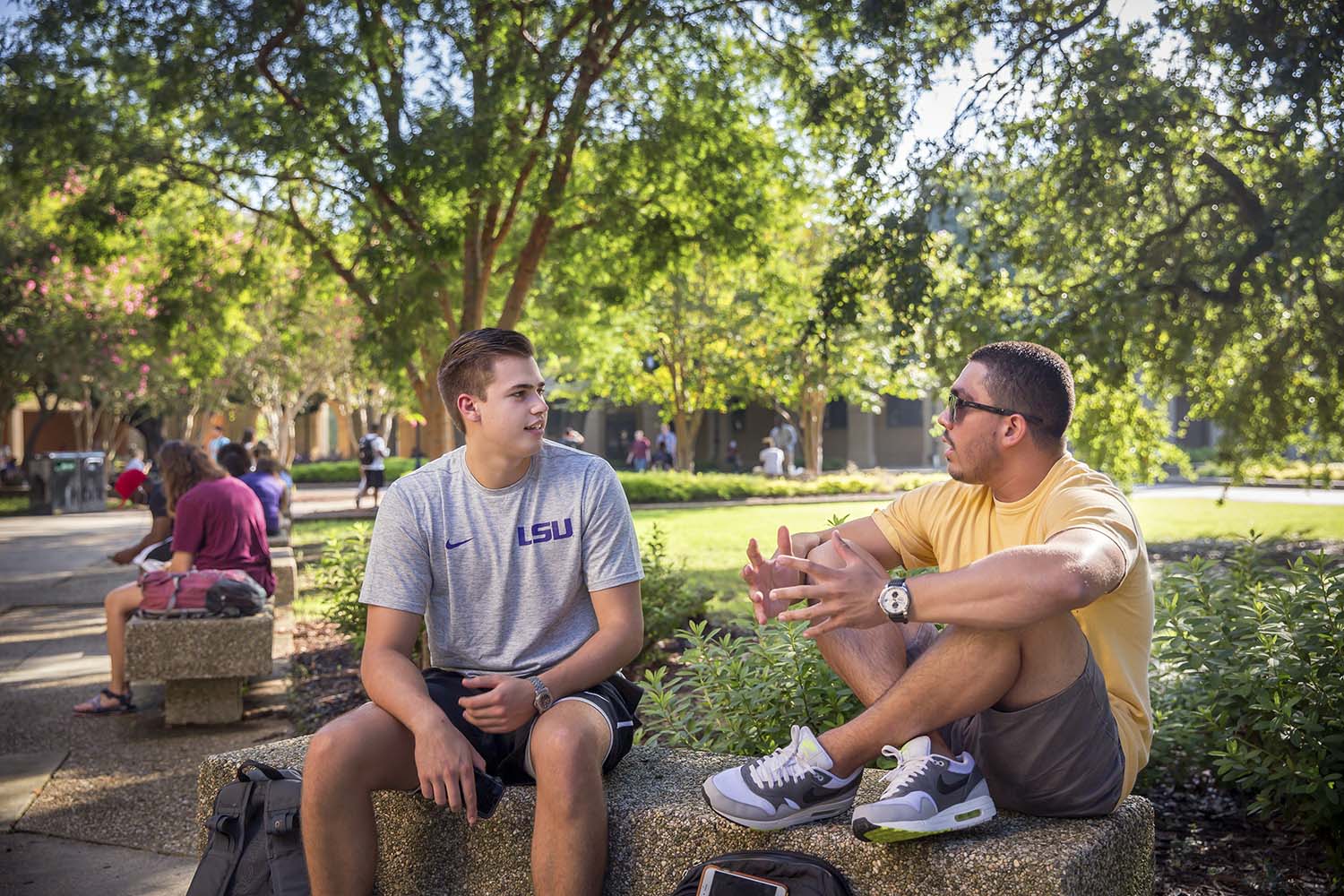 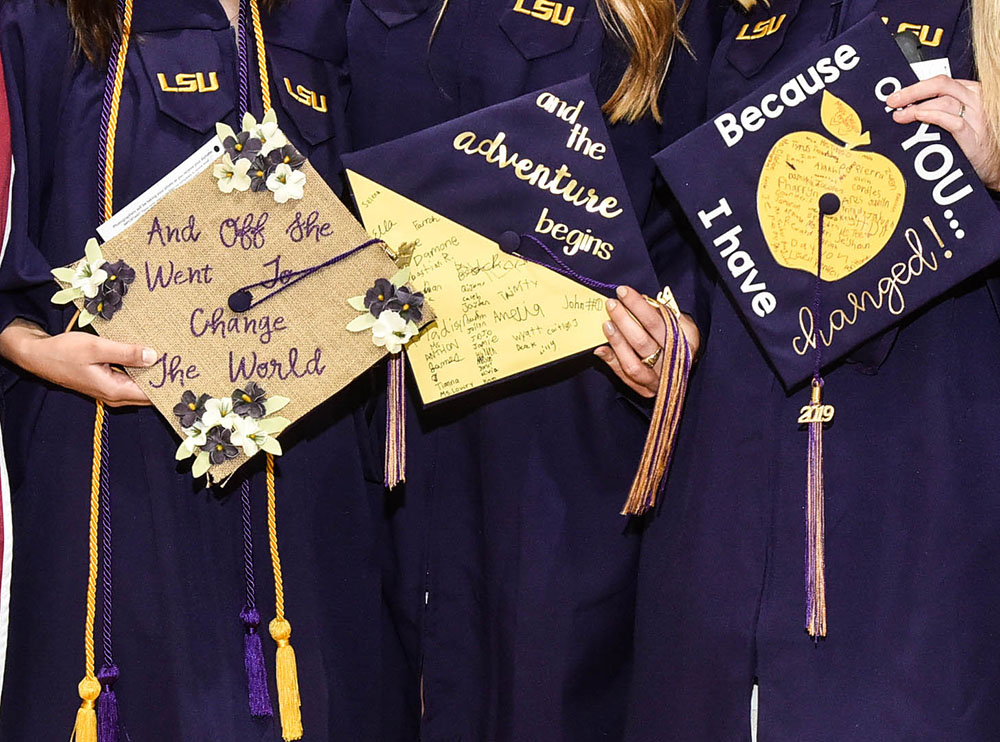 Diverse Pathways: Beyond an all About the Dollars Approach to Education

Given that the latest student loan debt statistics report that more than 44 million borrowers collectively owe $1.5 trillion of student loan debt, it comes as little surprise that serious questions have arisen about the value of a four-year degree. Numerous economists and scholars have highlighted the way that since the economic downturn associated with the Great Recession of 2008, states have disinvested in public higher education and pushed the cost on to students. In Louisiana this disinvestment has resulted in tuition at public four-year colleges doubling.

Despite the rising cost, participation in postsecondary education is still a solid investment. For example, according to Abel and Deitz (2019) of Liberty Street Economics:

Although the average rate of return for a bachelor’s degree has edged down slightly in recent years due to rising costs, it still remains high at around 14 percent, easily surpassing the threshold for a good investment. Thus, while the rising cost of college appears to have eroded the value of a bachelor’s degree somewhat, college remains a good investment for most people.

The Louisiana Board of Regents (BOR) Master Plan, Louisiana Prospers: Driving our Talent Imperative (2019) boldly outlines the plans that the BOR will put in place to double the number of working adults in Louisiana with meaningful, market-relevant postsecondary credentials by 2030. The aim of this ambitious master plan is to move beyond that false dichotomy of four-year versus career readiness degrees to actually provide more pathways into postsecondary education that best connect the unique educational needs and circumstances of an individual to the market. These needs can range from the traditional student graduating with a high school diploma seeking a four-year degree, to a current employee in a technical field looking for additional training, or a working professional with a postsecondary degree looking to start a new career.

Past dichotomous debates pitting the value of technical training against four-year degrees have historically taken on racially and class stratified qualities. Arguably the most damaging aspect of this phenomenon is that it necessitates the conditions in which those in power have greater access to bachelor degrees with the poor and communities of color being disproportionally relegated to vocational training.  For a classic illustration of the racial implications of this phenomenon please see the Booker T. Washington’s and W.E.B Du Bois’ debate concerning the most appropriate curriculum for the newly emancipated. 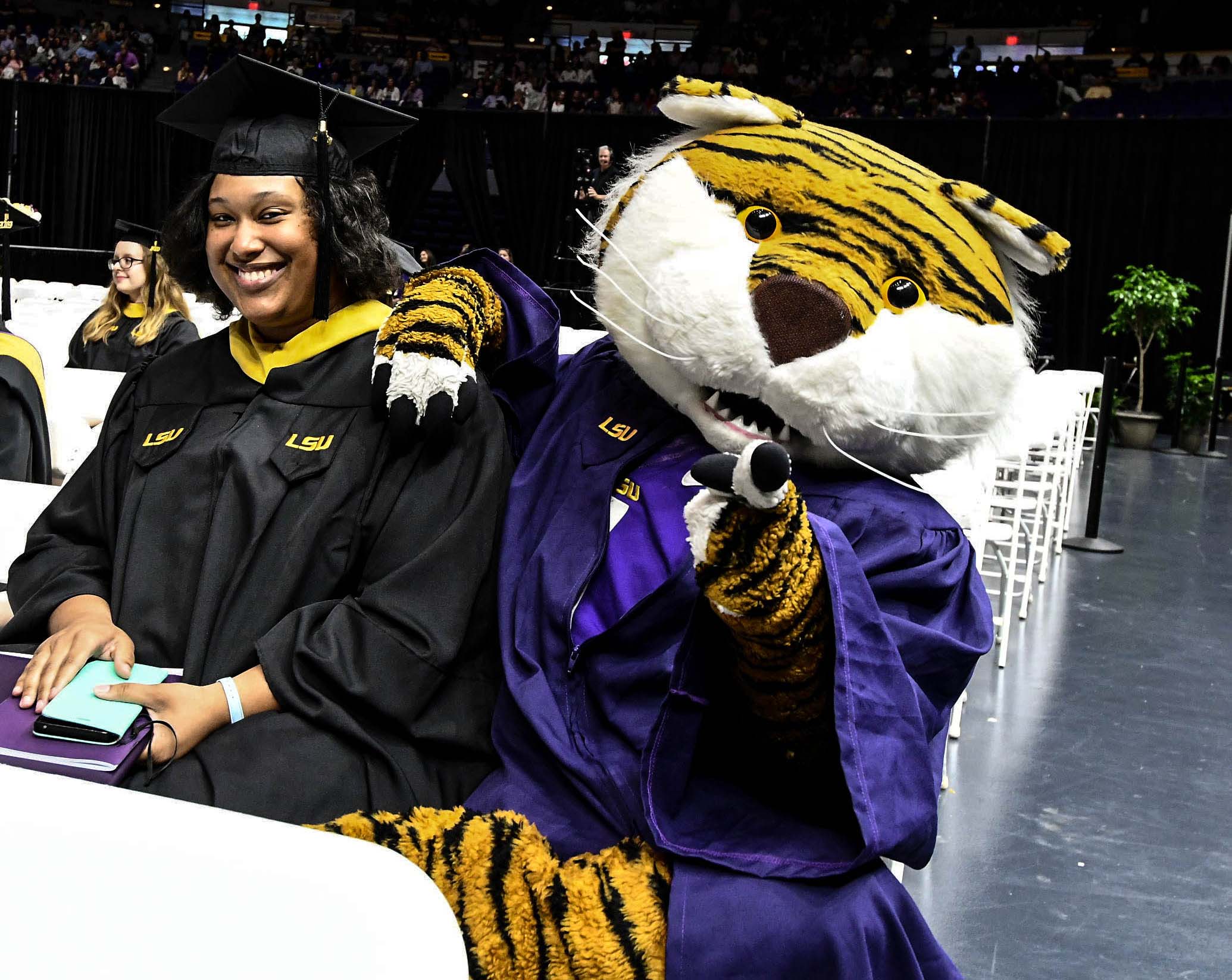 Why we are Fierce for the Future

The function of the university is not simply to teach breadwinning, or to furnish teachers for the public schools, or to be a centre of polite society; it is, above all, to be the organ of that fine adjustment between real life and the growing knowledge of life, an adjustment which forms the secret of civilization.
― W. E. B. Du Bois

I personally find the Louisiana BOR focus on being responsive to the needs of citizens and the market through increased pathways into postsecondary to be quite promising. Moreover, this focus on increased pathways re-frames narrow discussion of four-year versus career readiness curriculums to encompass the ways that the entire community benefits from a more highly educated workforce. Against this backdrop, at the institutional level I challenge postsecondary administrators to keep a watchful eye on both the rising cost of a four-year degree and the proven economic benefit of a bachelor's degree. LSU for example, has a documented track record of providing an equal parts quality and affordable education. According to the Georgetown University Center on Education and the Workforce, when looking at earnings-to-debt return, which expresses how a student’s earnings 10 years after enrollment compare with median total debt, LSU is the top-ranked university among all public Southeastern Conference schools. Consequently, quality and affordability are not mutually exclusive categories when considering education.

I am penning this piece while watching a news story in which a drone is air delivering a meal that was completely prepared on a computer automated assembly line. Just as the steam engine signaled the end of sailboats dominating commercial sea travel, we are in a moment in history when significant technological advancement is forever changing how we work. In these changing times the LSU School of Education fully accepts the responsibility of as Du Bois would say, equipping our students with critical skills associated with the “fine adjustment between real life and the growing knowledge of life.” This comprehensive approach to education with a focus on social, cultural, and economic prosperity is why our students are inherently FIERCE for the FUTURE.

W.E.B. Du Bois, “The Talented Tenth,” from The Negro Problem: A Series of Articles by Representative Negroes of To-day (New York, 1903).

Roland Mitchell is the Dean for the College of Human Sciences & Education. Dr. Mitchell has authored six books and numerous other scholarly works that have appeared in leading educational journals. He is the co-editor of The Crisis of Campus Sexual Violence, which was awarded an Outstanding Academic Titles award and highlighted on the Top 25 Favorites list of the Choice editors. Dr. Mitchell received his BA in History from Fisk University and his MEd in Higher Education from Vanderbilt University. He then went on to earn a PhD in Educational Research from The University of Alabama. Dr. Mitchell joined the college in 2005.